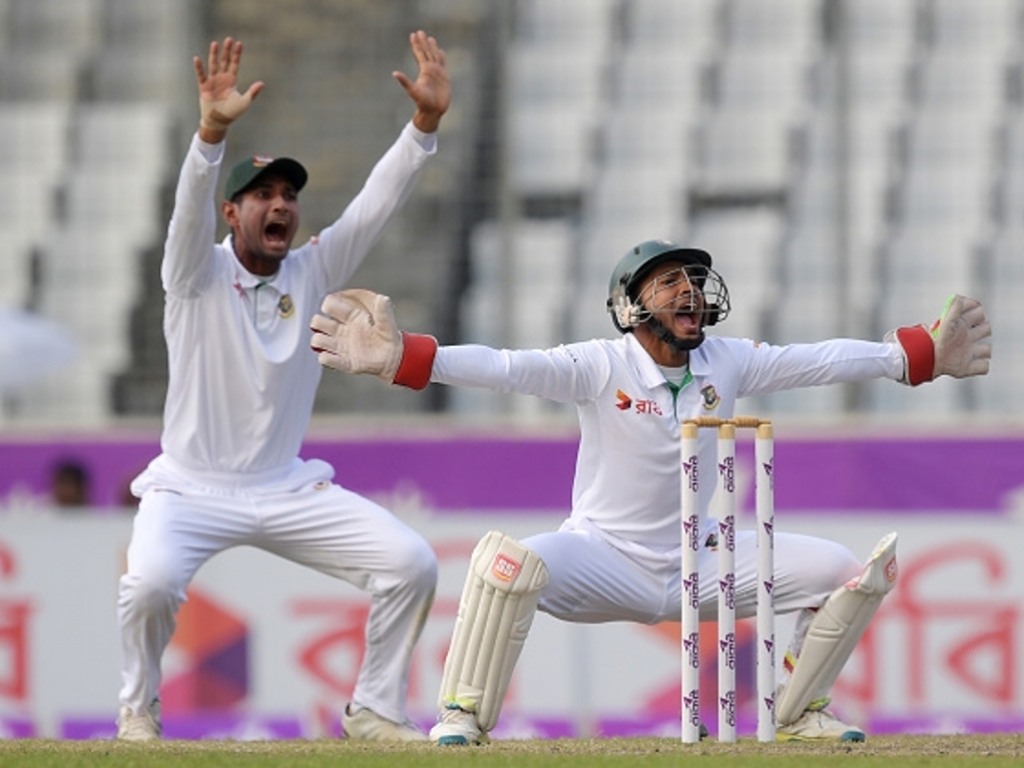 Bangladesh have named a fifteen man squad for the first Test against New Zealand with Mushfiqur Rahim returning while Mustafizur Rahman is rested.

Rahim sustained an injury during the ODI series but is expected to be fit to take part in the Test.

The absence of Mustafizur will most likely see Taskin Ahmed make his Test debut at the Basin Reserve Stadium in Wellington.

The squad has two changes from the group selected to take on England with Shuvagata Hom and Mosaddek Hossain making way for Rubel Hossain and Taskin.

The pace attack of Bangladesh is extremely inexperienced and they will need to adjust to the conditions in New Zealand quickly with conditions expected to be very seam friendly.

Two of the seamers in the squad are uncapped in the shape of Taskin and Subashis Roy while Rubel Hossain is the most experienced quick having racked up 23 Test caps.

The other seam option is Kamrul Islam Rabbi who like spin bowler Mehedi Hasan debuted in the recent series against England. Hasan and experienced allrounder Shakib-al-Hasan are expected to complete the bowling attack.

Mustafizur, Mashrafe Mortaza, Mosaddek, Shuvagata, Nazmul Hossain Shanto, Ebadat Hossain and Tanbir Hayder are all still in New Zealand with Bangladesh to decide which members of its 22 man training group will be sent home in the next few days.

Bangaldesh are eager to manage the workload of Mustafizur ahead of the ICC Champions Trophy which will take place in England later this year.