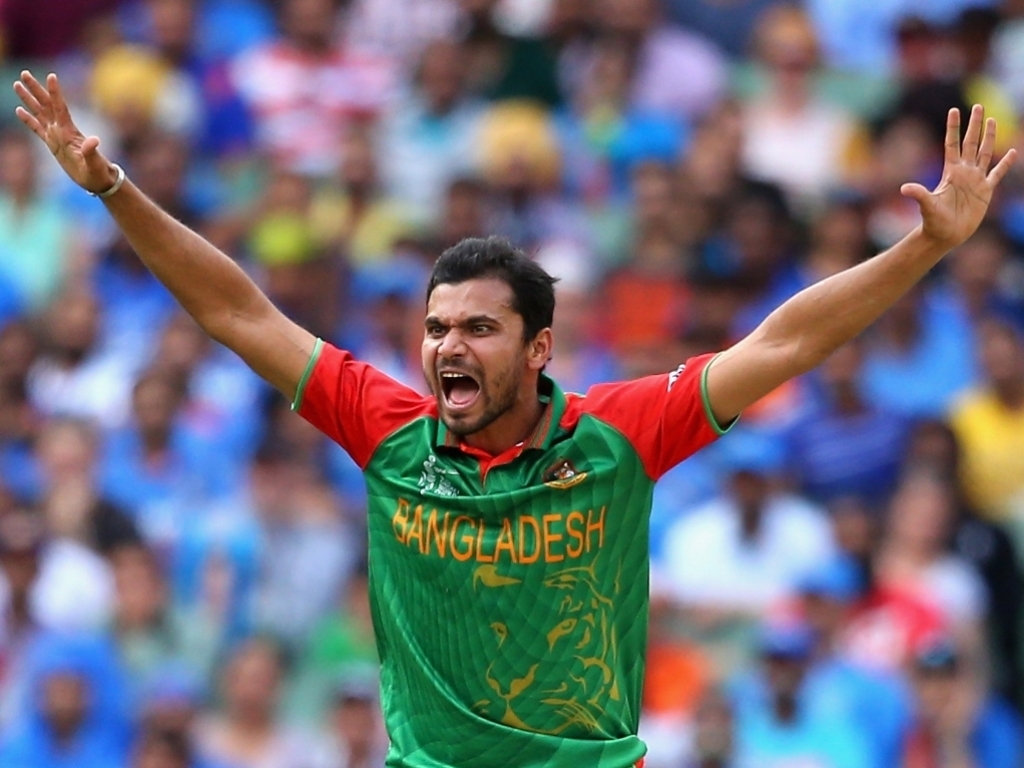 Bangladesh will play three ODIs against Pakistan in Mirpur this month, though will be without skipper Mashrafe Mortaza for the first one as he will be serving a suspension for slow over rates during the World Cup.

The selectors have opted not to replace Mortaza in the 14-man squad, which has not yet been named, and will probably have Shakib-al-Hasan lead the side for that one match.

Otherwise, the selectors have confirmed that opening batsman Anamul Haque will not be fit in time, after he had shoulder surgery in early march. He is on the road to recovery, but his absence requires a replacement, likely Imrul Kayes, despite his poor World Cup.

Chief selector Faruque Ahmed said: "He [Anamul] is recovering well but lacks match practice. We will select a 14-man squad so Mashrafe will be part of it. He will miss the first ODI due to suspension but we will not be replacing him in the squad."

The squad will be named this week, with the matches all at the Shere Bangla Stadium on 17, 19 and 22 April.