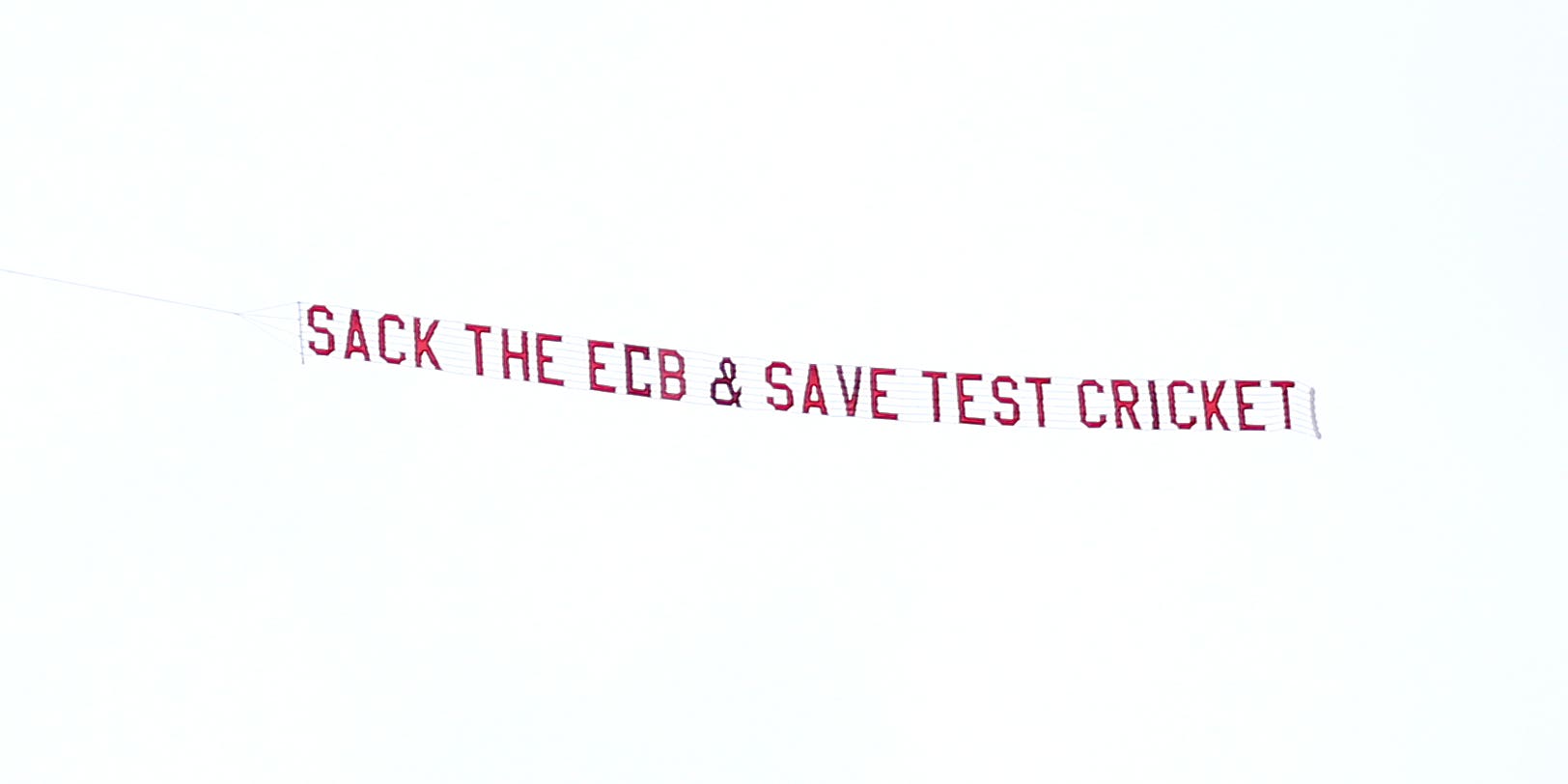 A banner reading “sack the ECB save Test cricket” was flown over Headingley on day three of England’s ongoing clash against India.

A light aircraft made an appearance over the ground during the afternoon session, trailing the message in red block capitals for several laps.

It is not known who commissioned the fly-past, but those responsible were clearly keen to register their dissatisfaction with the governing body.

The reference preserving the longest format could reflect frustration with the prominence of white-ball cricket in recent years, which culminated in the launch of The Hundred this summer.

Recent newspaper reports regarding lavish bonus payments due to be paid to leading executives at the England and Wales Cricket Board may also have played a part.