Home Countries Bangladesh Batsman out of danger after bouncer blow

Batsman out of danger after bouncer blow 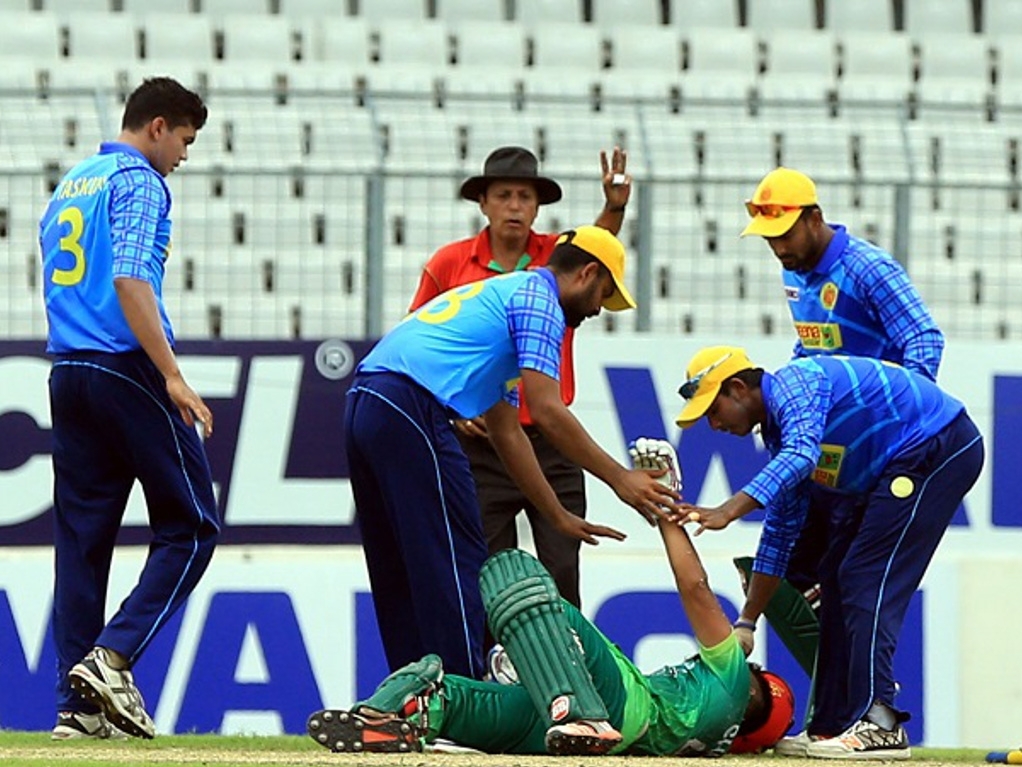 Bangladeshi batsman Suhrawadi Shuvo has been deemed 'out of danger' by medical staff in Mirpur, after he was struck in the neck by a bouncer while playing in the Dhaka Premier League.

The all-rounder for Victoria Sporting Club was hit on the back of the head and neck by Bangladesh fast bowler Taskin Ahmed, and was immediately rushed to hospital for fear of it being a similar blow to what killed Australia's Phillip Hughes.

Shuvo underwent various tests, with some concern about his lack of reaction to light, but has since been declared on the mend. Shuvo was not wearing a helmet fitted with the new neck protectors.

BCB chief physician Dr Debashish Chowdhury told Cricinfo: "He is out of danger. The CT scan and MRI showed that there has been no damage to his brain.

"He will be kept under observation for the next 24 hours at the hospital as a precautionary measure. He is stable now, but as with any head injuries, they will observe him for at least 24 hours.

"It would have helped if he was wearing the helmet with new safety regulations, but he wasn't."

Many national boards, led by Australia and England, have now made wearing neck protectors and newly designed safety helmets mandatory at all levels.