Home News Bavuma: I tried to bat like I normally would

Bavuma: I tried to bat like I normally would 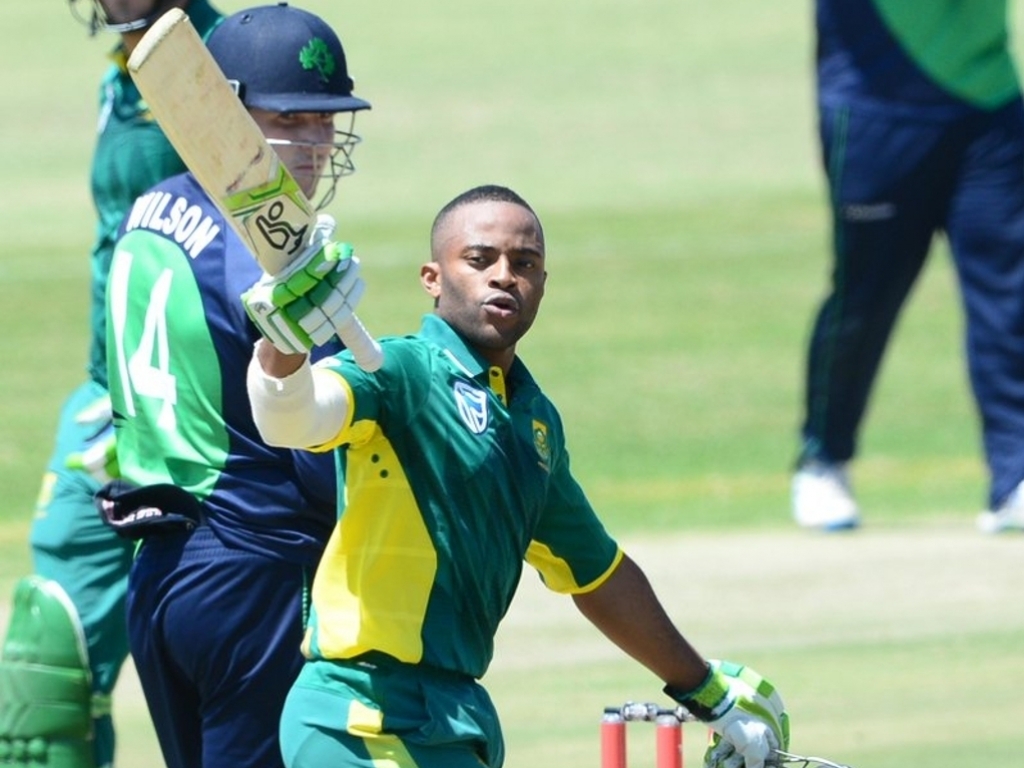 Bavuma looked accomplished and settled in his debut role at the top of the innings, which justified the selectors’ faith in his capabilities in the limited-overs format.

He says the century ticked the box of one of his pre-season goals, which was to improve his performances in white-ball cricket. His ton led the Proteas to a 206-run win.

Bavuma, normally a middle order batsman, said: “I don’t have much experience batting at the top.

“Coming into the game I wasn’t going to change too much. It was a one-off game so to try and transform myself 360 was going to be a challenge.

“To be honest throughout the innings I didn’t feel any fluency. That was due to the nature of the wicket, it was on the slowish side and a bit two-paced.

“I struggled to hit through the line of the ball. Being strong in my game plans and understanding where I could score, running hard and hitting the gaps was the key.”

He gave credit and praise to his opening partner, Quinton de Kock, whose brutal knock of 82 off 66 balls was the perfect foil in the record 159-run opening partnership, the highest to be scored at Willowmoore Park.

“I was able to perform the way I performed because of the way Quinton plays,” he said in praise of his opening partner.

“The way that he plays will make any wicket look flat, he can score runs at will. It allowed me to take a bit more time and to settle the nerves.”