Home News Bavuma: We have the skill to bat 90 overs

Bavuma: We have the skill to bat 90 overs 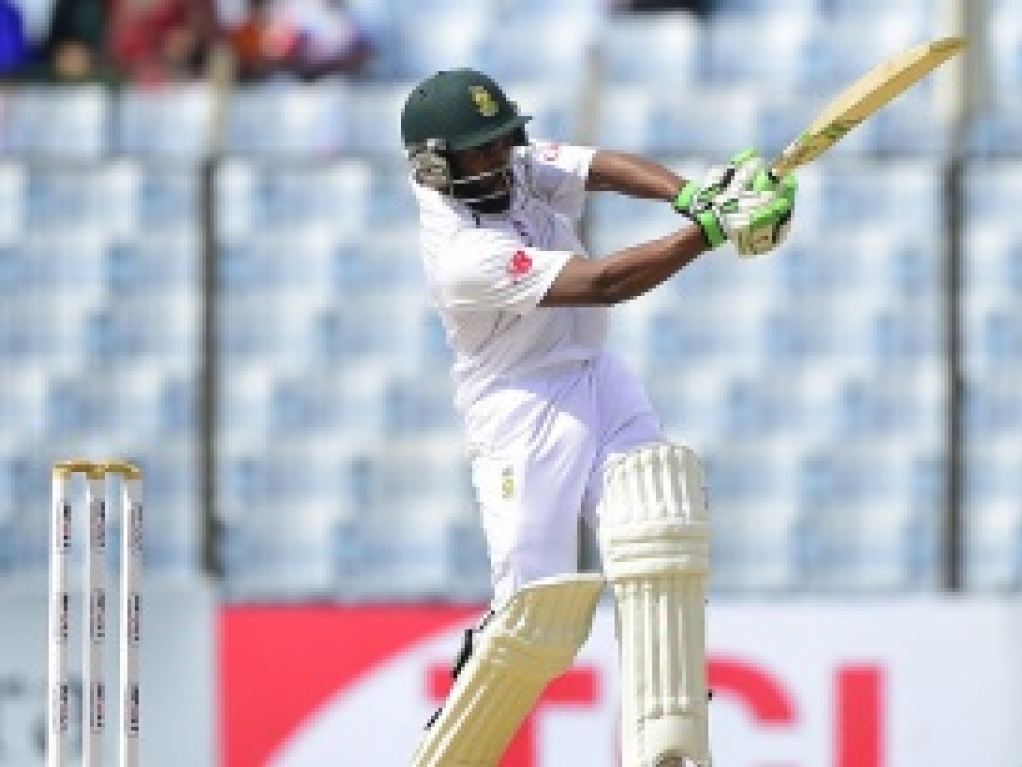 South Africa batsman Temba Bavuma, believes the batsmen have the resolve and temperament to save the fourth Test match against India at the Feroz Shah Kotla Stadium on Monday.

The Proteas will have to withstand at least 90 overs on the final day with eight wickets in hand, but will hold on to the belief after Hashim Amla (23 off  207 balls) and AB de Villiers (11 off 91 balls) absorbed the pressure to see out stumps on day four.

The 25 year-old Bavuma said: "It's a tough ask, asking guys to bat 90 overs. It will be day five, so we expect the wicket to deteriorate even more.

"But we have the experience, we have the skills, so definitely whatever happens, we will go down fighting. You see Hash (Amla) there, he's laid down his mark.

"AB (De Villiers) is also still there, we still have Faf (Du Plessis), JP Duminy  and Dane Vilas, so we will definitely carry on the spirit and try our best to salvage a draw out of this game.

Most of the remaining batsmen are all familiar with the patience and attrition required for a match-saving 'blockathon', and will need to curb their natural attacking instincts to pull off what would go down as one of the most famous heists in South Africa’s history.

Bavuma continued: "Maybe it was something they (India) weren't expecting. We did sit down as a batting unit before the second innings and came up with the best way forward.

"We spoke about how we are going to try and tackle the challenge going forward. I am always trying to score and be positive against spinners.

"Having to go against that was the toughest thing, going against your natural instincts as a batter is the toughest part. Understanding that the main thing here is time, not the runs.

"So batting time, especially for a young, inexperienced guy like me, that is tough."