Bayliss backing Stokes to bounce back 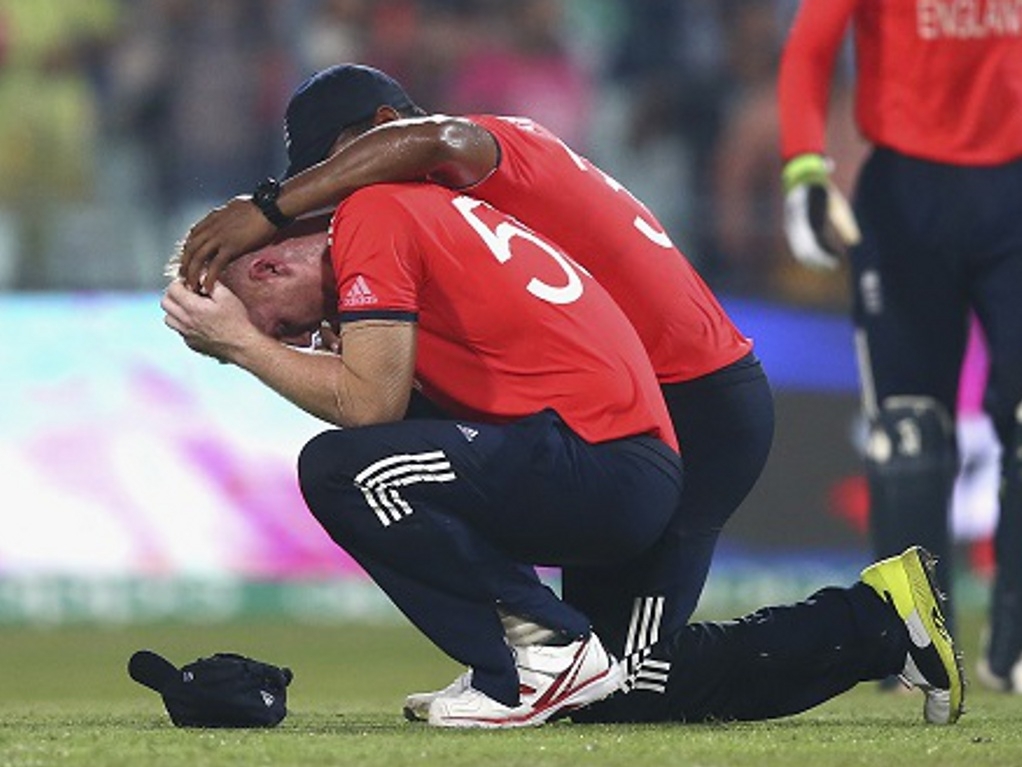 England coach Trevor Bayliss says nobody in their team is blaming Ben Stokes for the defeat to the West Indies in the World T20 final at Eden Gardens on Sunday, saying the allrounder will bounce back from the mauling he took in the last over.

With the Windies needing 19 runs off the final six deliveries, England skipper Eoin Morgan turned to Stokes, who, along with Chris Jordan, had been the team's best death bowlers in the previous matches at the global tournament.

However it turned out to be heartbreak for Stokes and England as Carlos Brathwaite smashed the Durham allrounder for four consecutive sixes to win the trophy for the Caribbean side.

The 24-year-old Stokes looked distraught on the field and was reduced to tears but Bayliss is backing the combative cricketer to come back stronger.

Bayliss said: "He is one of those blokes – if we had a game tomorrow, he'd put his hand up to bowl the last over again. No one is blaming Stokesy for anything. To be honest, he is the heart and soul of this team.

"If everyone put in half as much as Stokesy does, we'd go a long way. You can't fault Ben's leadership in the team or the effort he puts in.

"It doesn't matter whether he is batting, bowling or fielding, he gives you 100% until there's nothing in the tank. The more of those type of cricketers we can produce, the better for England cricket."

Stokes was also the target of abuse from Windies batsman Marlon Samuels, for which the Windies player was fined, during that final over and Samuels confirmed that the England player was always in his ear when he was at the crease.

Asked if he would try an curb the way Stokes handles himself on the field, Bayliss pointed out that the allrounder needs it to fuel his game.

Bayliss said: "Ben's one of those players that feeds off that. Some players sometimes say things and they can't really back it up.

"But Stokesy is one of those players… that's what turns him on, that's what gets his juices flowing and makes him as good as he is."