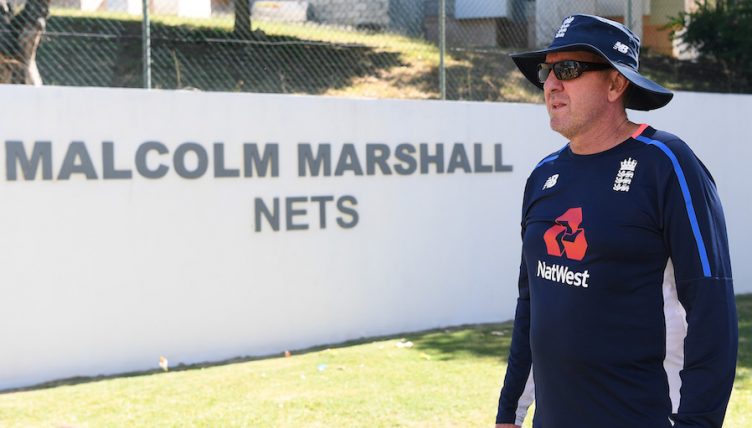 Trevor Bayliss cannot imagine anything bigger for English cricket than a World Cup and Ashes double this summer and is confident everything is in place to make the dream a reality.

England’s first competitive fixture of 2019 sees them take on the West Indies next week in Barbados, the first of three Test matches which kick off a potentially transformative year for the sport.

The game’s most prestigious one-day tournament and its oldest rivalry are being held on home soil this year, with England looking well placed to succeed in both.

For Bayliss it represents a tantalising prospect as well as a final chapter – the Australian will walk away at the end of his current contract in September – and the magnitude of the opportunity has not escaped him.

“It probably doesn’t get any bigger,” he said.

“It’s hard to pick between them. There’s nothing like beating Australia in the Ashes, like we did in 2015, so hopefully we walk away with both trophies.

“Being in the space of six months and at home, that brings pressure in itself and that’s what we have been working towards, playing under some pressure.

“The expectation you have yourself, that’s the pressure – yes we have pressure because our expectation is to play good cricket and have a good chance of winning.

“When we get to the big stage it is out of our hands (as coaches), it’s down to the guys to perform on the day. I don’t think we could have done too much more.”

Bayliss could go down as the last England coach asked to mastermind one-day and Test match triumphs, with new director of cricket Ashley Giles open to splitting the roles in future.

Giles was part of a similar job share with Andy Flower several years ago and has been encouraged to revisit the experiment given the exhaustive nature of the England calendar.

Bayliss added: “It’s very difficult. I said to Ashley the other day, if they go with one then it might be that they need two or three assistants underneath, that they take some more series as the head coach gets a break and gives experience to two or three home-grown coaches.”

More immediately, England need to settle on the make-up of their side in Barbados. Their most recent Test series, a 3-0 whitewash of Sri Lanka, was heavily dependent on a three-strong spin attack but it may be that just one of those, Moeen Ali, takes the field at the Kensington Oval.

Expectations are for more seam friendly conditions in Bridgetown, with James Anderson and Stuart Broad as well as all-rounders Ben Stokes and Sam Curran the likeliest quartet.

“We’re pretty close, probably down to 12. It will get down to either two spinners and three quicks or one and four,” Bayliss added.

Captain Joe Root explained: “We’ve got a couple of big decisions to make. We could get a number of different type wickets so we’ll have to be adaptable as we were in Sri Lanka.

“We were open to a number of different options and we’re here as a whole squad, not just as an XI. We’re making sure everyone feels ready and in a position to start and we can go from there.”