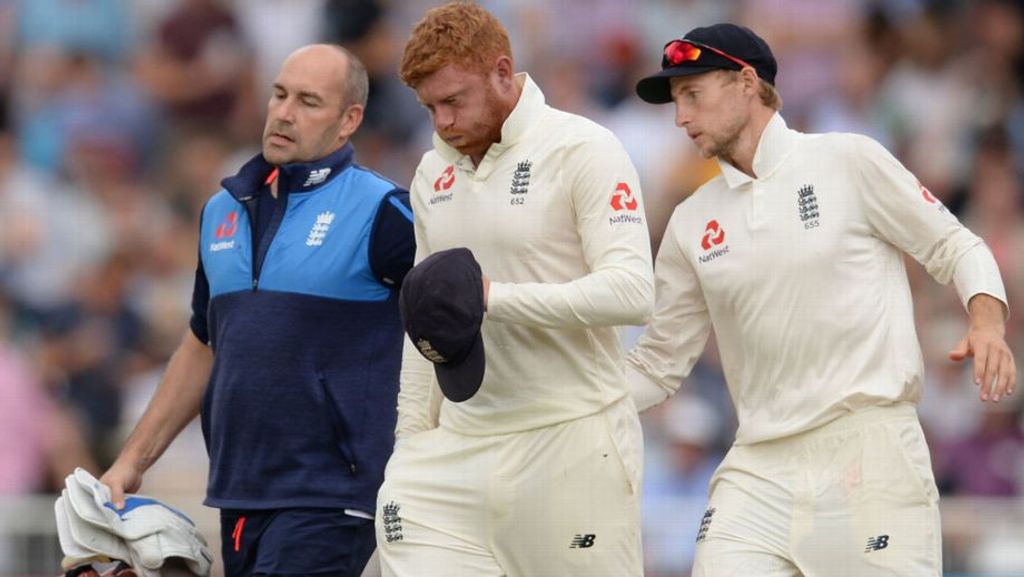 England coach Trevor Bayliss is not averse to the multi-talented Jonny Bairstow playing next week’s fourth Test against India as a specialist batsman.

Wicketkeeper-batsman Bairstow sustained a finger injury during the third Test at Trent Bridge – and is in doubt for proceedings at Southampton.

However, he might have recovered well enough by Thursday to leave the role behind the stumps to limited-overs wicketkeeper Jos Buttler – and be selected as a batsman only.

“I think keeping in the next game will probably be the most difficult for Bairstow,” said Bayliss.

“We’ve got to check with the medical guys in the next few days. They are suggesting he may not be able to keep but might be able to bat. We’ll have to see how it responds. If that gives someone else another opportunity – it’s like any injury, if someone comes in and does well, then you have a decision to make.

Bayliss, too, is happy to consider this as a near permanent arrangement, availing the first-choice Test wicketkeeper position to Buttler for the foreseeable future. The 25-year-old Ben Foakes, who was in the Ashes squad but did not play a Test, is an option as well.

“That’ll be the hard thing, trying to convince Jonny. That will be a decision that is taken from the team point of view. He is a world-class batter, we know that, one of the difficult things might be convincing Jonny of that,” added Bayliss.

“I think he has improved his keeping over the last couple of years from where he was say when we were in South Africa. He’s aware of that. He’s done some hard work. Jos will have to do some hard work as well. He’s been keeping a lot in one-day cricket but keeping 100 overs-a-day can be difficult, day after day, Test after Test. There are other options out there as well.”

The fourth Test will start on Thursday, when the hosts attempt to bounce back from defeat in Nottingham. England boast a two-one lead in the five-match series, after victories at Lord’s and Edgbaston.