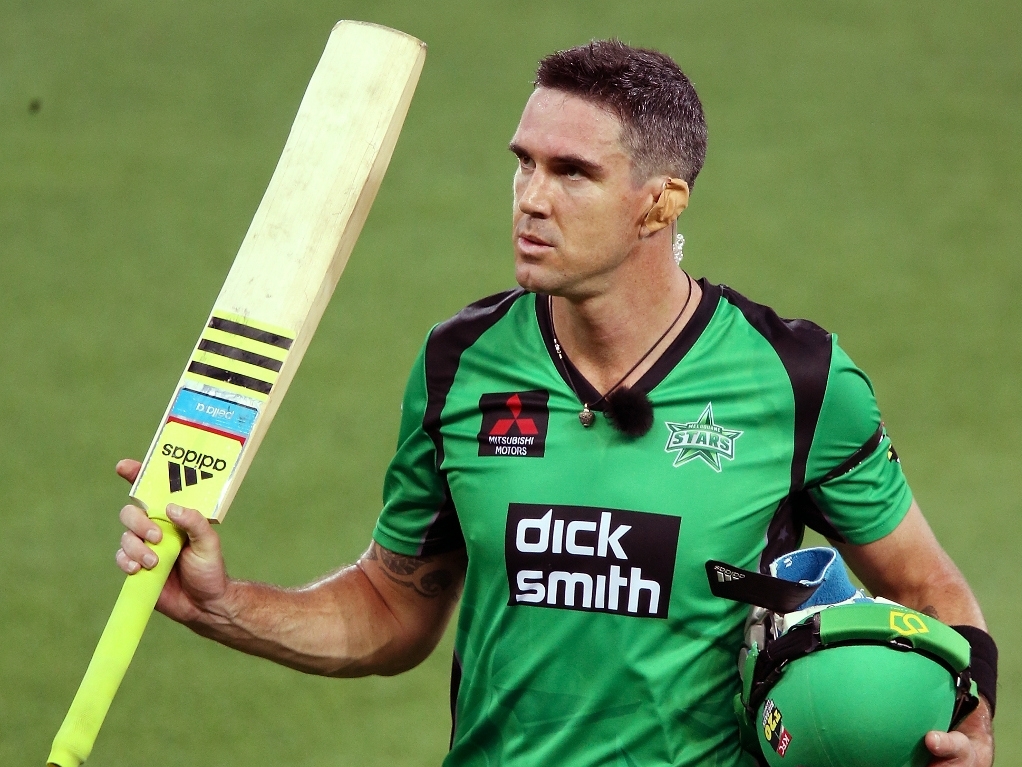 Once again the make up of the English T20 tournament is under intense discussion. All of a sudden everywhere you look there is a county pro tweeting about how the Big Bash is brilliant.

The reason they are having their heads turned by the Australian T20 league is pretty obvious. There are massive crowds of cheering fans and a realistic chance of them actually playing in the tournament.

Where an IPL gig is rare for an Englishman, almost every Big Bash franchise has an English overseas player. Even guys that have not made an international impact are getting contracts with the likes of Nottinghamshire’s Rikki Wessels and Surrey’s Jason Roy gaining employment.

There is another reason why the Big Bash has made an impact on English cricketers. Whereas the IPL takes place while they are getting their graze on for their county, the Big Bash happens at breakfast time in the middle of the winter.

While they are sat in their dressing gown with tea and toast they are watching cricket razzamatazz taking place in brilliant sunshine in front of crowds of 40,000 plus.

This is true for all England cricket fans. There is something about cricket in Australia. It always looks so beautiful, and those of us that have got used to seeing more empty seats than spectators at county grounds get excited by full stadia. It is enough for heads to be turned at the prospect of a similar tournament taking place in England.

County cricket is great, it has tradition and it spreads the game across the country in grounds large and small. There are many that have grown up with the love of a county club close to their hearts.

However, with 18 teams to keep track of, all playing in three formats that change every season, finding the time to follow it all is hard work. Even those that do it full time sometimes struggle to watch the results of more than a handful of teams.

Narrative. That is the issue at the heart of all of this. When the T20 Blast went to Friday nights it lost what franchise tournaments have. The condensed nature of those events mean that the casual observer can keep track of what is going on.

A team struggling, a batsman scoring runs for fun, an overseas player failing to live up to their billing. It is this that makes these tournaments succeed, and every game being televised is essential for that kind of momentum to build.

The standard of the T20 Blast is no worse than the Big Bash, often it is a lot better. The problem is that no one gets to see it. Last season’s tournament had 151 matches, only 39 of those were shown on Sky. The rest you could only see if you were in the ground or if you watched a grainy single camera YouTube video that promised lots but delivered little.

So that brings us to the 'F' word. Franchises. The only reason why this has merit is because it reduces the number of teams, which means all the games can be shown live and it is easier to follow for the person who isn't a county cricket weirdo. And they are the people that the game needs to attract. Average attendances are down, the existing fans are leaving and they are not being replaced.

Anyone that has watched a Big Bash game will see just how young the crowds are. You get a kid loving the game at the age of 10 you have a customer for the next 70 years. T20 is cricket’s gateway drug, and the game needs youngsters to survive. People who completed an ECB survey said that Friday nights were what they wanted, but the attendance figures seem to say the opposite.

While there are counties that have a vocal and passionate support base, ultimately cities are where the most people live and fewer teams makes the tournament more streamlined and easier to watch.

It is logical that the counties outside of urban areas with smaller grounds are the ones that end up losing out. That is not to say that a team could not have a number of grounds as their 'home', but the minutiae of all of this comes further down the line.

History and tradition are great, but if they stand in the way of the game creating a product that can be used to promote the sport then it is an albatross larger than anything Samuel Taylor Coleridge ever imagined.

There is a touch of 'if you build it they will come' to all of this, and those that are opposed to a reduction in the number of teams have a legitimate criticism when they ask where all these extra fans will come from. They won't appear on their own and cricket, with or without a rejigged T20 competition, needs to get better at marketing itself.

Tickets need to be affordable on the gate as well as in advance. There needs to be an attempt to get working permit rules relaxed so that it is easier to sign overseas players. The ECB need to come up with a way that England players can appear for as much of the tournament as possible. More than any of that, it needs to be on free to air TV.

As things stand there is no live cricket on free to air TV in the UK and no coverage whatsoever of domestic cricket on any television station that doesn't cost. Even the IPL, that for years has been available for free, is now disappearing behind the Sky paywall.

There are ways of making this happen, perhaps soon there will be the desire. People will not stumble across cricket if it is not easily accessible. So many fans of the sport today found it because it caught their interest when channel surfing.

Maybe none of this will work. Perhaps the few fans that go and watch cricket at the ground now will be alienated by the reduction in teams and they will leave the sport. But support for the game is already dwindling, both in county grounds and recreationally. If we keep things as they are then that downward trend will continue.

What have we got to lose?