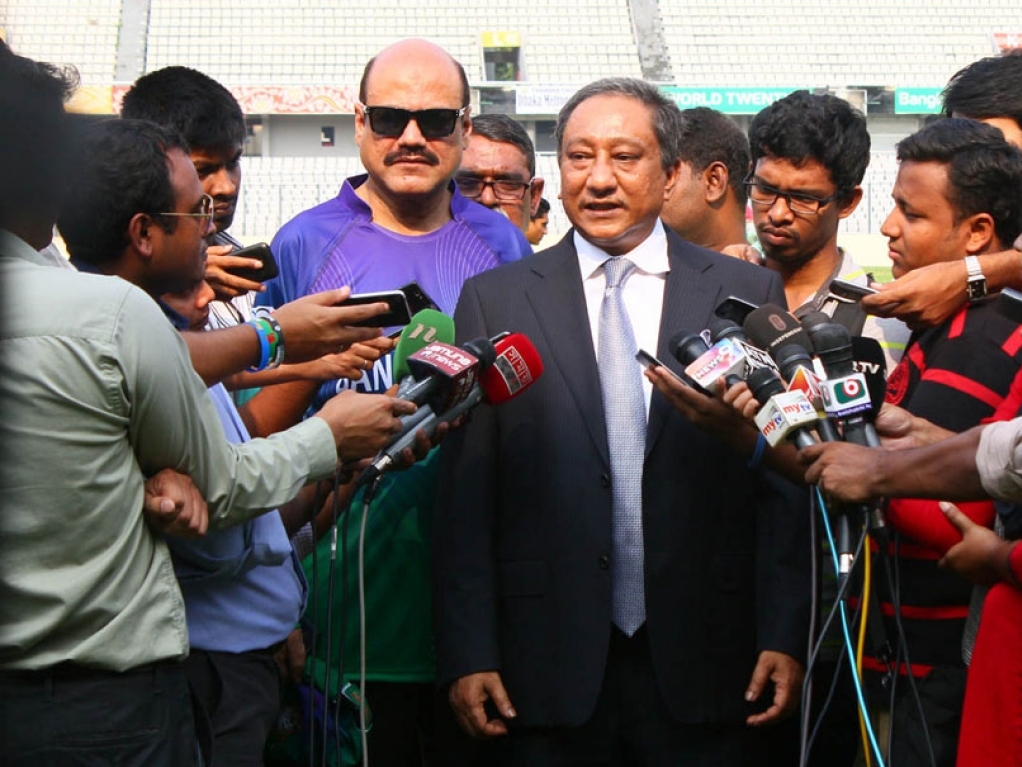 It was announced recently that Zimbabwe would play two Tests in Bangladesh in November, splitting the tour that was set to take place next year, but now it has been revealed that the limited overs games will come first.

Bangladesh have asked Zimbabwe to play the T20s and ODIs next month, filling the gap left by Australia's abandonment of their Test tour due to security concerns. The Tests will still take place nest year.

BCB president Nazmul Hassan said after meeting with ZC officials at the ICC meeting in Dubai: "It has been decided that Zimbabwe will fill up the slot that opened up due to Australia's postponement.

"We have to finish the series by November 18 or 19. They have to come by the first week of November. Zimbabwe have confirmed they are coming. It will be ODIs and T20s.

"There will be four to five matches, though that hasn't been decided."

He also said that Cricket Australia have promised to make up for the postponed series, possibly as late as 2017. He conceded that Australia's concerns were legitimate, a slight change in tune from when it happened.

Hassan added: "Australia regretted the postponement repeatedly, at one point in front of everyone. They postponed because the Italian national was killed. When everyone started saying IS was involved, they became worried.

"But they said they will make it up to us. The problem is, they have a very busy schedule. They can't come to play a Test before the end of 2016 or in 2017. They confirmed this in front of everyone.

"In addition, they said when they will tour India or Sri Lanka, they will play a couple of matches in Bangladesh to show that they want to come."