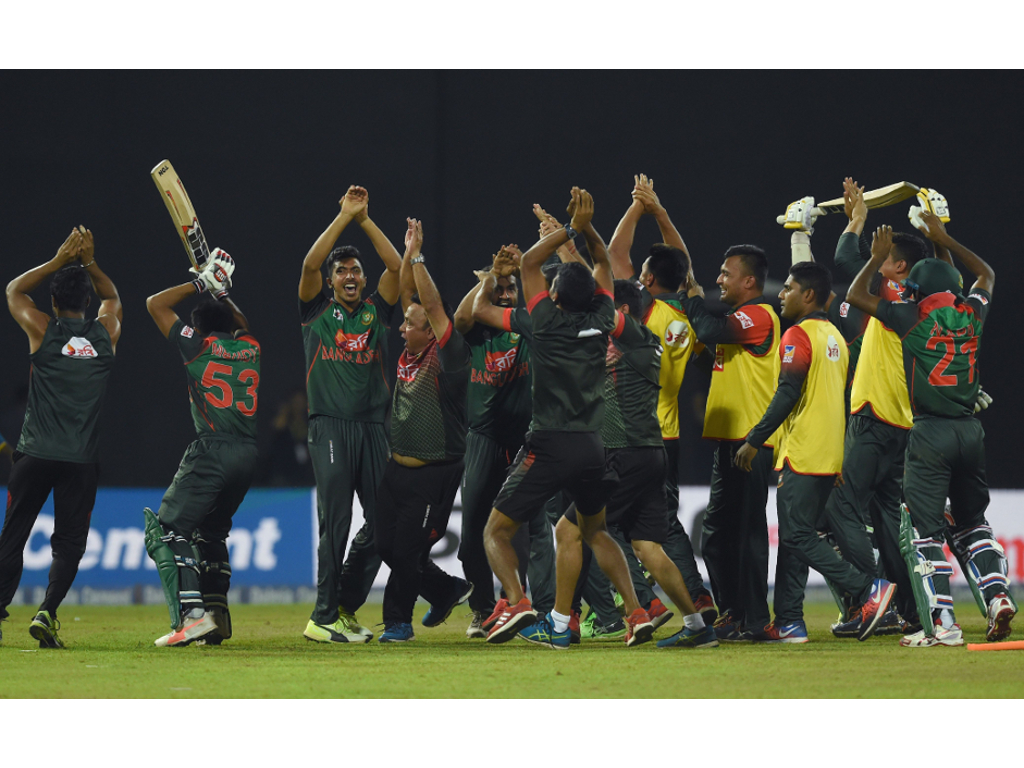 The Bangladesh Cricket Board have apologized on behalf of their national team after a heated ending to Friday’s Game against Sri Lanka.

Skipper Shakib-al-Hasan and reserve player Nurul Hasan were each fined 25% of their match fee and given one demerit point each for their conduct.

Nurul was seen pointing at Sri Lanka skipper Thisara Perera during a heated exchange while he brought drinks onto the ground for the batsmen during their chase and the skipper threatened to pull the team off after a disagreement on an umpiring call in the final over.

A statement issued by the BCB read: “The Bangladesh Cricket Board (BCB) regrets the unfortunate happenings during Friday’s Nidahas Trophy match between Bangladesh and Sri Lanka.

“The Board accepts that conduct of the Bangladesh Team in certain instances was unacceptable on a cricket field.

“We understand that the events may have transpired due to the importance of the match and the pressure that comes with it but feel that the expected level of professionalism was not exhibited by the team while dealing with a tense situation in the game.

“The Bangladesh Team members have been reminded of their responsibility in upholding the spirit of cricket at all times.

“The BCB and Sri Lanka Cricket (SLC) have a lasting bond which has a deep-rooted history of support and cooperation and the players of both sides continue to share an excellent relationship that gets stronger by the day.

“We look forward to a riveting end to the Nidahas Trophy which has been a brilliantly organised tournament.

“It has been very competitive and well received by cricket fans around the world and the SLC deserves every praise for that. The Bangladesh Team is proud to be associated with this competition.”