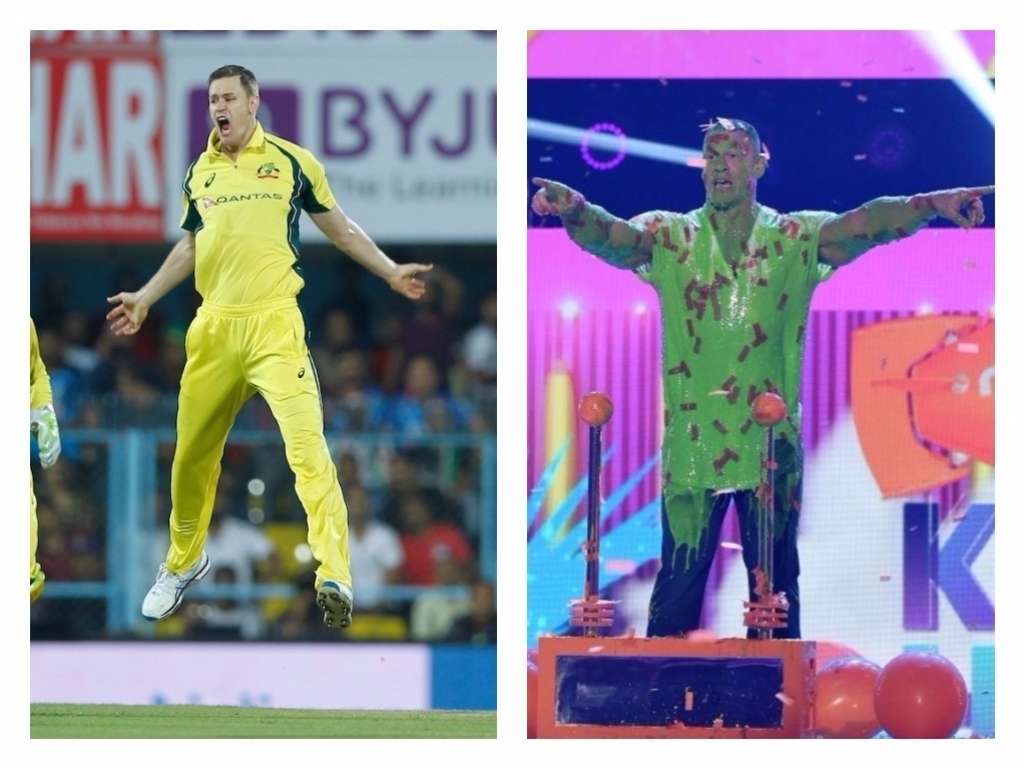 The internet latched on to the supposed likeness between Aussie quick Jason Behrendorff and WWE superstar John Cena very quickly on Tuesday.

WWE wrestling enjoys a massive support base in India and many fans make comparisons between cricket players and members of the WWE Universe.

Behrendorff was quick to laugh off the suggestion at a post-match interview saying: “He is a fair bit bigger than I am.”

The left-arm quick took four wickets to get Australia back into the T20I series with one match to play in Hyderabad.

He said of the experience: “It’s an unbelievable feeling to be honest.

“To bowl four overs tonight and take four wickets, but mainly to get a win. To get the boys back up and about after a pretty tough time in the the one-dayers, it’s very, very special.”

The left-armers ability to bring the ball back into the right-handers proved to be lethal accounting for Rohit and Kohli.

The youngster added: “I was really happy with that.

“Few ones that I got hit to the boundary probably weren’t where I needed to be bowling. But then to get the ball up there, swinging the ball, hit guys on the pads and nick blokes off: those are the things we talk about in our meetings. To get the balls in those areas especially up front.”

Unlike his supposed WWE doppelganger Behrendorff eschews the use of trash talk or sledging.

He said: “You don’t have to be mean and nasty all the time.

“Generally I’d try and let my skills and the ball do the work and let that do the talking for me instead of getting into a verbal battle or anything like that. Some guys enjoy that and that’s what fires them up and gets them going. But that’s not really my style.”