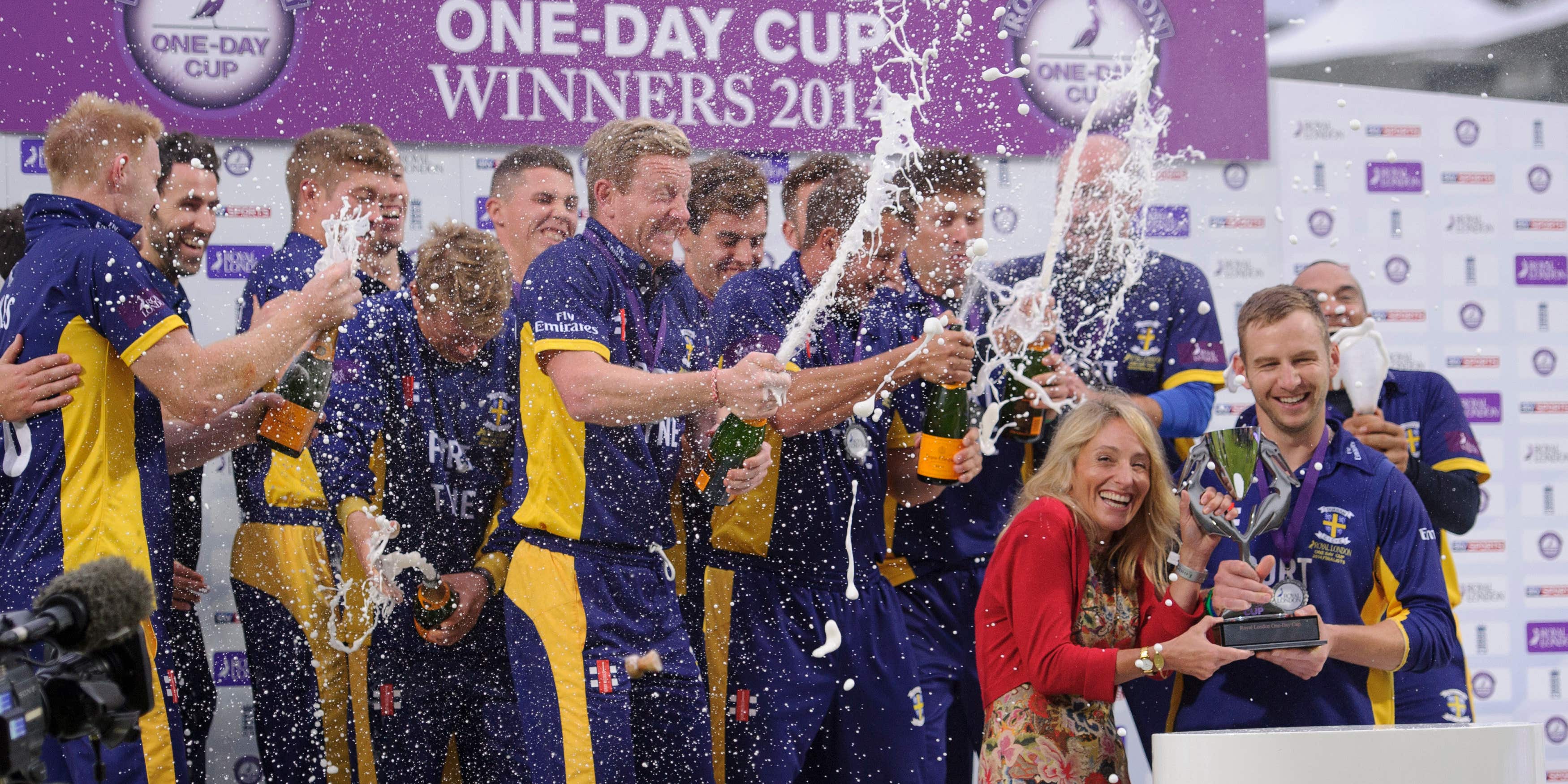 Durham are beginning to believe they can get back to the top table of county cricket after a few years spent in the doldrums, according to captain Scott Borthwick.

The north-east club had a golden period between 2007 and 2014, when they bookended two 50-over cup competition wins with three historic County Championship triumphs, but they were plunged into crisis by financial problems in 2016.

Consigned to Division Two as punishment, Durham also lost a handful of important personnel, including Borthwick, who spent four years at Surrey before returning to his boyhood county at the start of 2021.

It has been a slow recovery but there were signs of promise in this year’s rejigged first-class calendar. While they missed out on a top-two finish in their group, they were ahead of defending county champions Essex.

And having cruised into the final of Thursday’s Royal London Cup final at Trent Bridge – where they will take on Glamorgan – Borthwick is optimistic that Durham is a county on the up.

“The belief is coming back that Durham should be in Division One and I think the boys are starting to realise that now,” he said. “The last two or three years they’ve been in Division Two and almost playing Division Two cricket.

“And to get to a one-day final it’s been amazing. At the start of the season we sat down and winning a white-ball competition was certainly part of our plans. We’ve done really well this year.”

The One-Day Cup has faced claims of being a secondary event, as it is running concurrently with inaugural edition of The Hundred and its final has been relegated to a weekday when its usual preserve is a weekend at Lord’s.

“This final is going to be amazing, it’s a bit disappointing it’s not at Lord’s – it’s almost like an FA Cup final not being at Wembley,” said Borthwick, who played in Durham’s 2014 One-Day Cup final win over Warwickshire at the home of cricket.

Durham, who chased down 281 to beat Surrey in Tuesday’s semi-final, have been grateful for the opening pair of Graham Clark and Alex Lees, the two leading run-scorers this year with 606 at 86.57 and 547 at 78.14 respectively.

“(They have been) unbelievable,” Borthwick added. “The way the two of them have played, they’ve almost dove-tailed each other lovely. The pair of them have been amazing. They’ve got us off to a fantastic start every time.”

Glamorgan overhauled Essex’s 289 all out on Monday to move within one win of claiming their first piece of silverware in 17 years.

Joe Cooke, who only made his List A debut last month, took a five-for and then contributed an unbeaten 66 to get Glamorgan over the line.

One-day captain Kiran Carlson believes this is an example of youngsters on the periphery being given a chance to shine in the absence of more established players being on duty with teams in The Hundred.

“People who have come in that may not have played much cricket this year for the first team, they’ve come in and done themselves proud,” Carlson said.

“For us it’s amazing that we are actually in a final and we’re challenging for a trophy. I think we always had that kind of belief at the start of the competition, I know it’s a little bit of a cliche to say but we honestly did.”