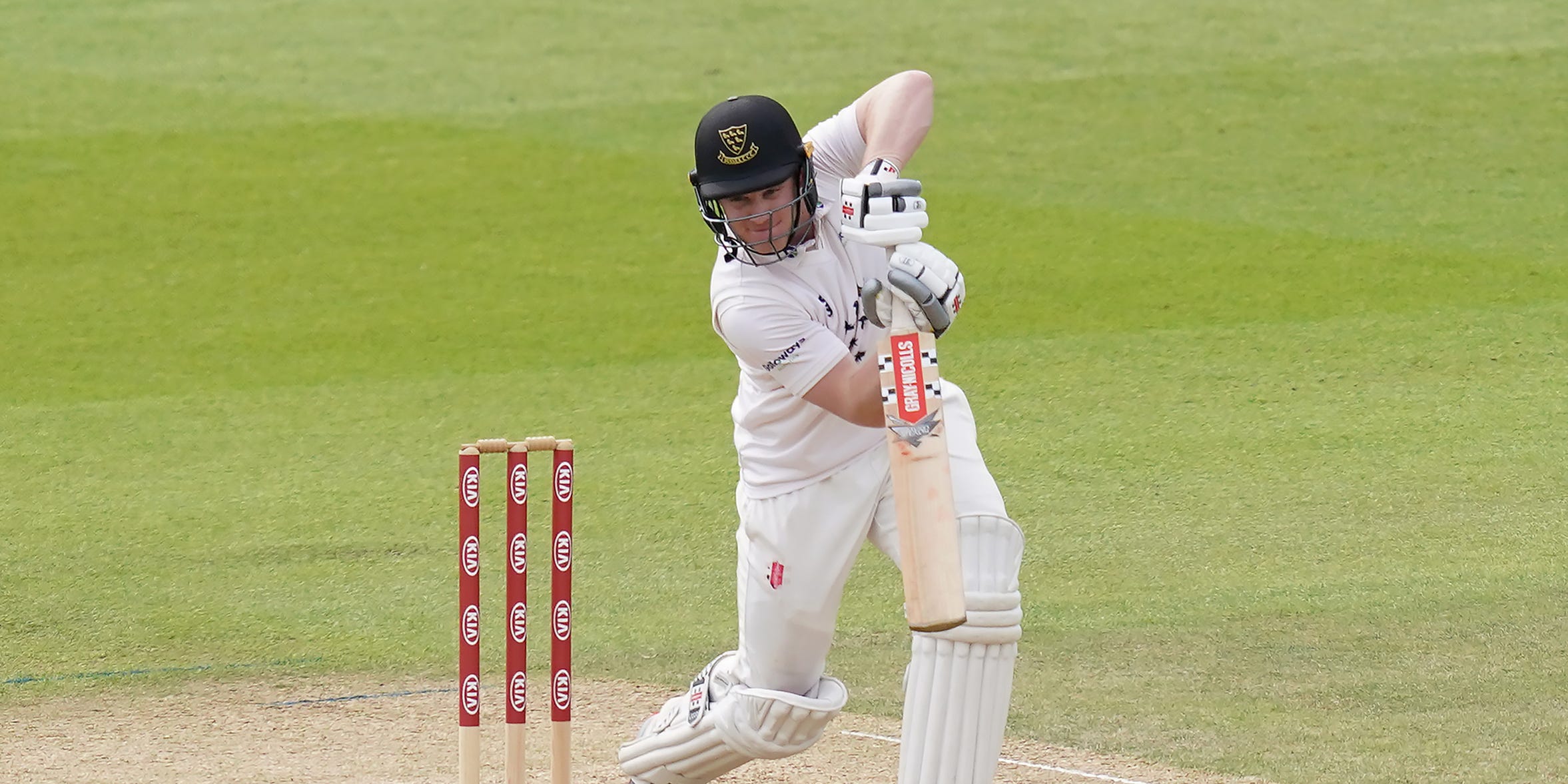 Ben Brown’s century dug Sussex out of early trouble on day one of their LV= Insurance County Championship against Yorkshire at Emerald Headingley.

Wicketkeeper Brown’s 126 not out off 174 balls was a captain’s innings to lead a recovery from 68 for four shortly after lunch.

Aged 16 years and 298 days, Ibrahim is the second youngest player to represent the county.

Under a grey sky with the floodlights on until early afternoon, the Hove side could have crumbled but impressively closed on 267 for five from 96 overs. Yorkshire’s Jordan Thompson claimed three for 42.

Brown shared 107 for the fifth wicket with Aaron Thomason from early afternoon until early evening and later 92 unbroken with Ibrahim, who finished with 37 not out.

Thomason was far more reserved for 40 off 181 balls as batting conditions eased through the day.

An eighth-wicket stand of 171 between centurion Lewis Gregory and Roelof Van Der Merwe transformed the opening day of Somerset’s match with Hampshire at Taunton.

The first paying spectators at the County Ground this season saw the hosts crash to 113 for seven after losing the toss, left-arm seamer Keith Barker claiming six of the wickets.

But Gregory, whose 107 featured 14 fours and two sixes, and Van Der Merwe (88) counter-attacked in thrilling fashion, staying together for 35 overs and helping Somerset recover to make 360.

Barker finished with six for 72 from 24 overs before bad light prevented Hampshire beginning their reply.

Marcus Harris continued his impressive form with a third century as Leicestershire closed on a dominant 357 for five on day one of their match against Group Two leaders Gloucestershire.

The left-handed opener, who hopes a strong season in England will be enough to retain his place in the Australia Test team when the Ashes series begins in December, followed his 183 in last week’s win over Middlesex with 148.

Colin Ackermann, who posted his first hundred of the season against Middlesex and shared a match-winning 243-run partnership with Harris, made 57, the pair adding 160 for the third wicket before Lewis Hill, who made 56, helped add a further 75 before Harris was out.

Steven Mullaney and Lyndon James continued their domination of Essex as the Nottinghamshire middle-order duo clocked half-centuries on day one at the County Ground in Chelmsford.

Captain Mullaney and all-rounder James had put on 123 in the reverse fixture at Trent Bridge during an innings victory, before collecting 117 together for the fourth wicket.

They helped Nottinghamshire recover from an effective 48 for four, after Joe Clarke had retired hurt, with Mullaney eventually scoring 55 and James 54, his fourth score over 50 this campaign.

Australian fast bowler Peter Siddle was the pick of the attack, as he returned three for 76, while Clarke returned to smash a 78-ball fifty, as the visitors reached 248 for six by the close.

Brydon Carse continued his excellent form as he and Matthew Potts picked up four wickets apiece to help put Durham in command on day one against Worcestershire at New Road.

Carse took his wicket tally to 32 in seven games this summer and ended with four for 25 from 13 overs as Worcestershire were dismissed for 131 in 50.3 overs after being put in. He was given excellent support by Potts who achieved career-best figures of four for 32 from 12.2 overs.

It was high-quality bowling although they were aided by some undistinguished shots with only Brett D’Oliveira, who batted nearly three hours for an unbeaten 39, offering prolonged resistance.

Opener Alex Lees ensured Durham capitalised with a fine half-century before Josh Tongue claimed two late wickets in a total of 140 for four.

Sam Hain and Michael Burgess led Warwickshire’s recovery on an evenly-contested opening day of the match against Derbyshire at Derby.

Hain made 77 from 161 balls and Burgess 71 off 134 after Sam Conners reduced the visitors to 105 for four in the Group 1 game at the County Ground.

The 22-year-old fast bowler ended with four for 45 from 16 overs and Derbyshire claimed three wickets with the second new ball to limit Warwickshire to 272 for nine at the close.

Northamptonshire dominated most of the day against Kent.

Kent fought back late on at Canterbury, but Northamptonshire closed on 362 for five. Emilio Gay hit 101, his maiden first-class century, while Luke Procter made 81 and Ricardo Vasconcelos 66 as Northamptonshire dominated until an hour after tea.

The new ball then helped bring Kent back into the Group Three game, Darren Stevens taking two for 52 and Matt Quinn two for 77.

Bowlers were king as the match between Glamorgan and Lancashire in Cardiff saw 19 wickets fall on the opening day.

Lancashire were put into bat and were bowled out for 173, with the highest
partnership of the innings being the 36 put on between Luke Wood and Danny Lamb for the seventh wicket.

Michael Neser returned the best figures for the hosts with three for 46 with
the other Glamorgan seamers all chipping in.

Glamorgan started solidly in reply with an opening stand of 39 between David
Lloyd and Joe Cooke but from there on the wickets continued to tumble with Tom Bailey claiming three for 40 for Lancashire.

Glamorgan reached the close on 150 for nine, still trailing by 23 and in danger
of conceding what could be a telling first-innings lead.