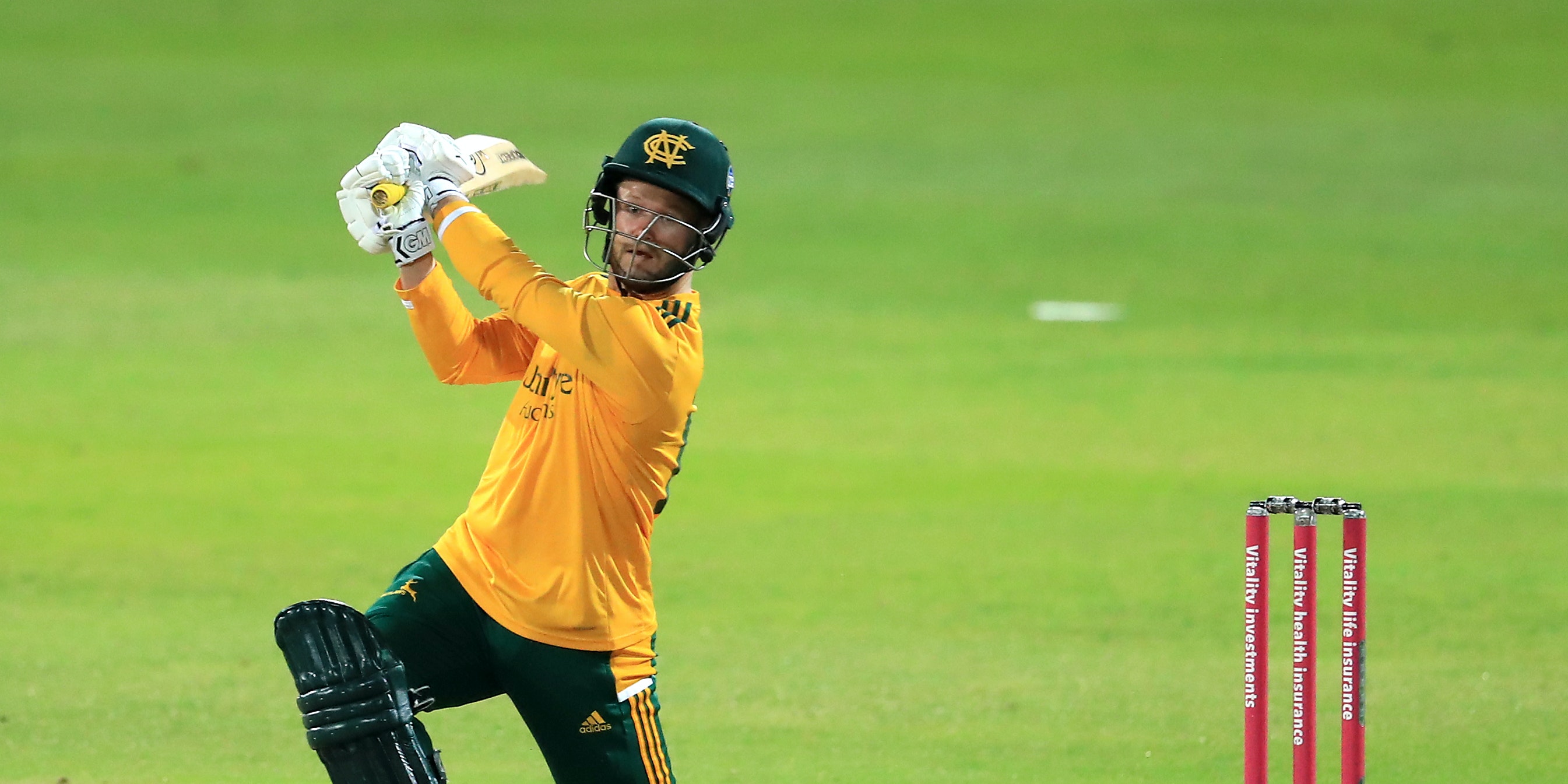 A year after nursing the hollow feeling of defeat at Vitality Blast Finals Day Ben Duckett was toasting a triumphant performance as he guided Nottinghamshire to victory at Edgbaston.

Duckett was left not out on 49 when the Outlaws lost in the 2019 semi-final after choking against Worcestershire but this time he was unbeaten in a winning cause having expertly steered his team past Surrey in the showpiece.

“I didn’t even know how many I was on at the end, it was all a bit of blur because it was all about getting over the line after last year,” he said.

“The feeling is a whole lot different to the one I had last year at Finals Day after I couldn’t get the lads over the line. I’ve worked my socks off since then, especially on my fitness, and I’ve hit thousands of balls over the winter.

“So to be there at the end and get it done was a great feeling.”

Duckett also reflected on the champagne-soaked conclusion to a season that started with 16 out of 18 counties – including Nottinghamshire – placing their squads on furlough as the pandemic shut down the start of the campaign.

“It was a very tough time not just for us as sportsmen but for the whole country and the whole world,” he said.

“It was a shorter season but we couldn’t have asked for anything more.”

While Duckett was riding high, Surrey captain Gareth Batty was coming to terms with a morale-sapping defeat after a dominant run of nine successive wins in the competition.

The 42-year-old, who was hit by Duckett for the last two boundaries of the day, was in reflective mood after leaving the field.

He stopped short of announcing his retirement but did admit that talks on that subject would be coming.

“It would be wrong to say something now, when the emotion is so high but I’ve said I’ll have a chat with (director of cricket) Alec Stewart,” he said.

“I have a dual role playing and coaching and whatever is best for the club is what will happen, that’s clear.

If he does call time, Surrey have two promising spin prospects to carry the cause – all-rounder and tournament MVP Will Jacks and Dan Moriarty.

“The baton will be passed on to some youngsters, but getting into finals is one thing and winning them is another,” said Batty.

“I hope this ignites a fire in them and they want to be involved again. It’s better to be in finals that not to be but obviously we need to find a formula to get over the line.”