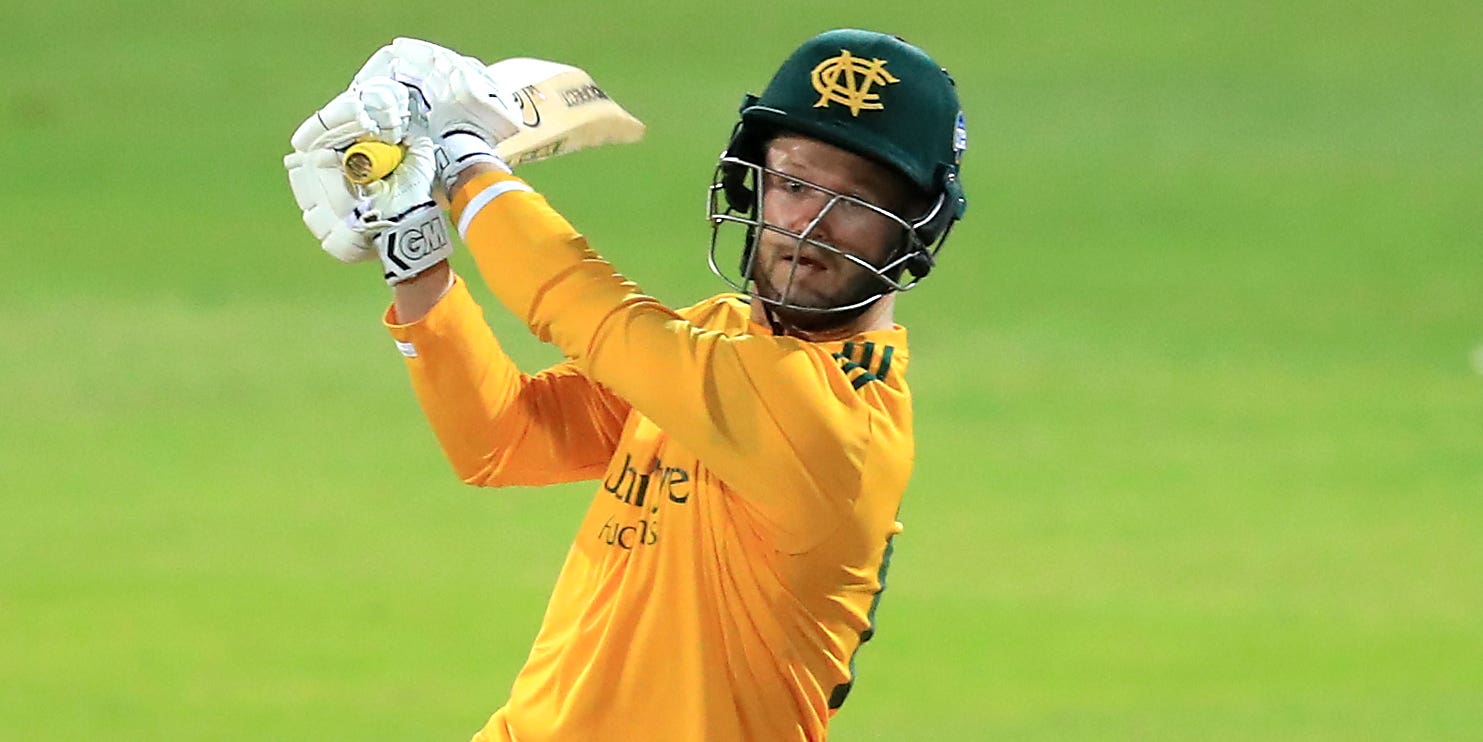 Ben Duckett has experienced elation and deflation on Twenty20 Finals Day because the Nottinghamshire batsman insists he relishes being the “man in the big moments” ahead of the start of this year’s Vitality Blast.

Duckett struck the winning runs as Notts beat Surrey in a rain-abbreviated final last October, a little more than 12 months after he was unable to get the Outlaws over the line in their last four clash against Worcestershire.

On that occasion in 2019, Duckett drew a blank after needing just one run off the last ball at Edgbaston but he returned to the ground and amassed an unbeaten 53 to carry his side to their second T20 title in four years.

“It was a journey,” he said. “For me it was massive, especially after losing that semi-final. After playing on a big stage you might not get that opportunity again for three or four years.

“I was lucky enough to have the opportunity again 12 months later to put it right.

“I was pretty upset with that one from 2019 but it’s important to forget about it and move forward. I said after we lost that semi-final to Worcester that I want to be the man in the big moments.

“It’s all good saying it, and me saying it people might not believe it, but it’s nice to be there at the end and to stay very calm when we were struggling in that final to get us over the line.”

Finals Day – which will officially support the Professional Cricketers’ Trust for a second year in succession on September 18 – retains a place in Duckett’s heart.

“For me it’s one of the most special days in the summer,” he said, ahead of Notts’ first fixture in this year’s Vitality Blast against Worcestershire at New Road on Wednesday evening.

“For a county player, I say it every year, it’s as close as you will get to an international stage.”

Asked whether the T20 competition will retain its primacy amid the inaugural edition of The Hundred this year, Duckett, who is set to represent newly-created Welsh Fire in the 100-ball competition, said: “I don’t see why not.

“I think The Hundred adds to that. I don’t see why the support would be any different for the counties. The fans are going to stay the same. I’d hate to see us lose fans from the Blast. So I don’t see why not.”

:: This year’s Vitality Blast Finals Day will be supporting the Professional Cricketers’ Trust, the PCA’s registered charity which supports professional cricketers and their immediate families when they have fallen on hard times. The Trust will collaborate with the ECB and Sky Sports to both showcase the work of, and raise funds for, the players’ charity as Finals Day returns to Edgbaston on 18 September.