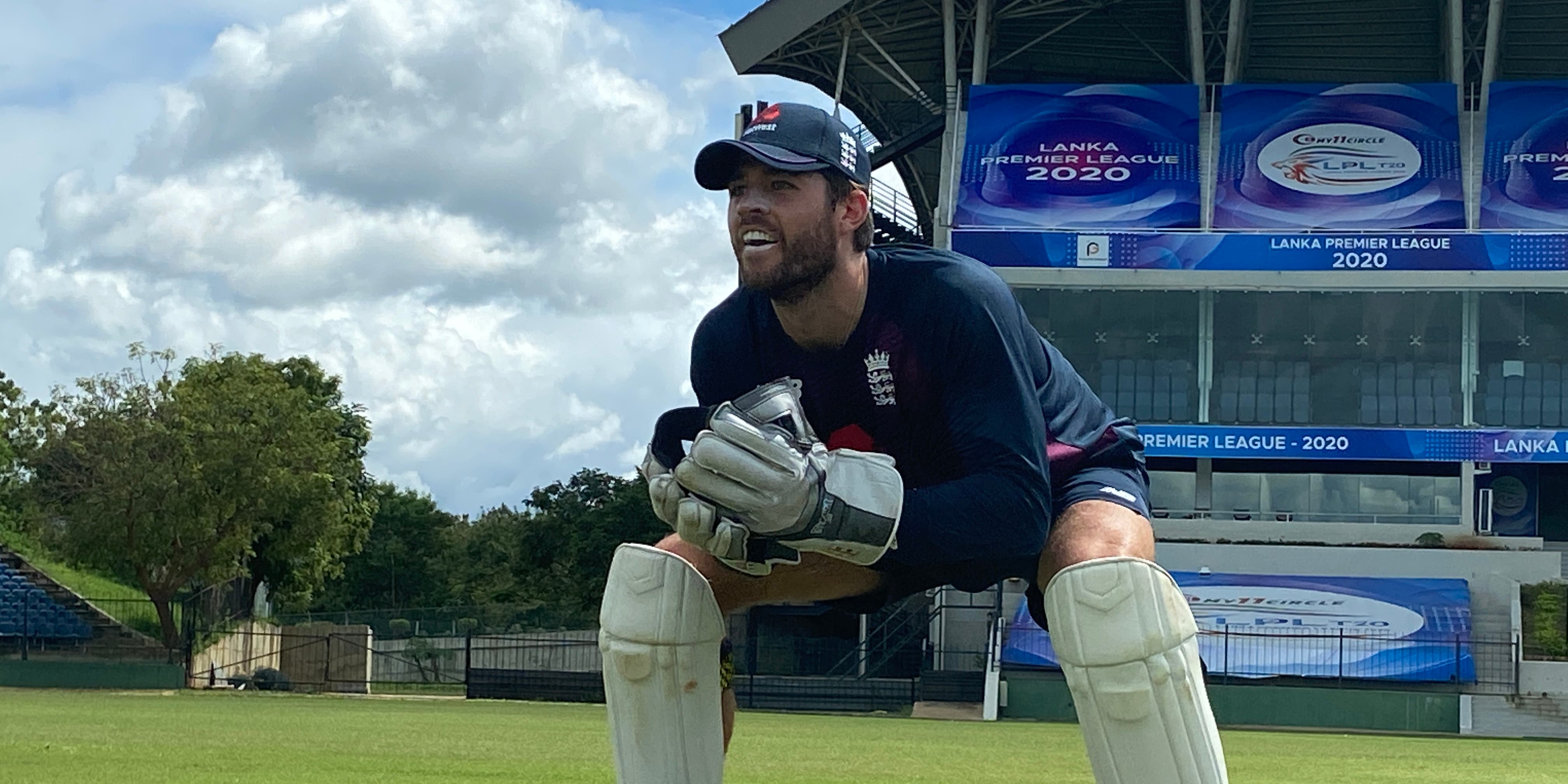 Ben Foakes claims he is finally “at peace” with his role as Jos Buttler’s back-up in the England set-up as he prepares to embrace his second shot at Test cricket.

The Surrey wicketkeeper had a stunning introduction to the international arena, summoned to Sri Lanka in 2018 as cover for the injured Jonny Bairstow only to leave the island with a debut century and a player-of-the-series trophy under his belt.

It seemed safe to assume that he was at the start of a long and successful spell as England’s gloveman but he played just twice more, back-to-back defeats on the subsequent tour of the West Indies, before being dropped.

Bairstow initially resumed his duties behind the stumps but the job has since reverted to Buttler, leaving Foakes on the outside looking in for the past two years.

Bump in the road

It has been a long road for the 27-year-old, with a bump in form on his return to The Oval, a brief break as he tackled burnout and several months as a non-playing reserve in various England bubbles, but the reward is coming.

Buttler is to be rested after next week’s first Test against India, leaving three high-profile games against world-class opponents to play for. Foakes is a shoo-in for the second Test in Chennai, with Bairstow back to push his case in the next two.

“Obviously, the way I started in Sri Lanka, I did expect to play for longer. I did expect to get more of a run at that stage,” said the man who is widely rated as the county game’s gold standard for wicketkeeping.

“I guess it’s tricky to control your emotions in that sense, I obviously got pretty high with all the things going on then and it gets taken away from you because I didn’t get runs in the West Indies.

“It’s a tricky thing to get your head around I guess.

“But I think in the current set-up of the England side there is so much competition and you’ve got a few guys established in the team who are world-class cricketers.

“You do have to accept you’re not going to get a long run necessarily, unless you nail it every game.

“Guys come in and out a lot and that’s something you have to deal with. You try to perform when you do get a chance. I know the strength of competition with the keepers is so high so there are going to be times I’m not playing.

“That’s something I have to accept and be at peace with. If I do get a chance at any stage, (I’ll) just try to enjoy it and embrace it.”

Eager to take any opportunity

While cherishing any time he gets in an England shirt, part of Foakes’ new approach is to dial down his expectations. While there has previously been a vocal element of support for his installation as first-choice wicketkeeper, Buttler’s form with bat and gloves over the past nine months has cooled the debate.

In the recent Tests against Sri Lanka he scored vital runs and turned in arguably his best series behind the stumps. The shirt, as far as Foakes can tell, is simply not up for grabs.

“Probably not, is the way I’m looking at it. I think it will very much be a case of Jos is number one,” he said.

“Jos has been amazing, he’s a world-class player so there’s no surprise there. I’m just seeing these three games as a chance to try and stake my claim, do as well as possible and enjoy playing for England.

“After getting dropped last time you don’t really know if you’re gonna play again or get another chance to wear the shirt so I think I am approaching it more as I’ve got a potential chance to play more Tests for England and see where it goes and see what happens.

“I guess (I will) try and have that positive outlook on it.”