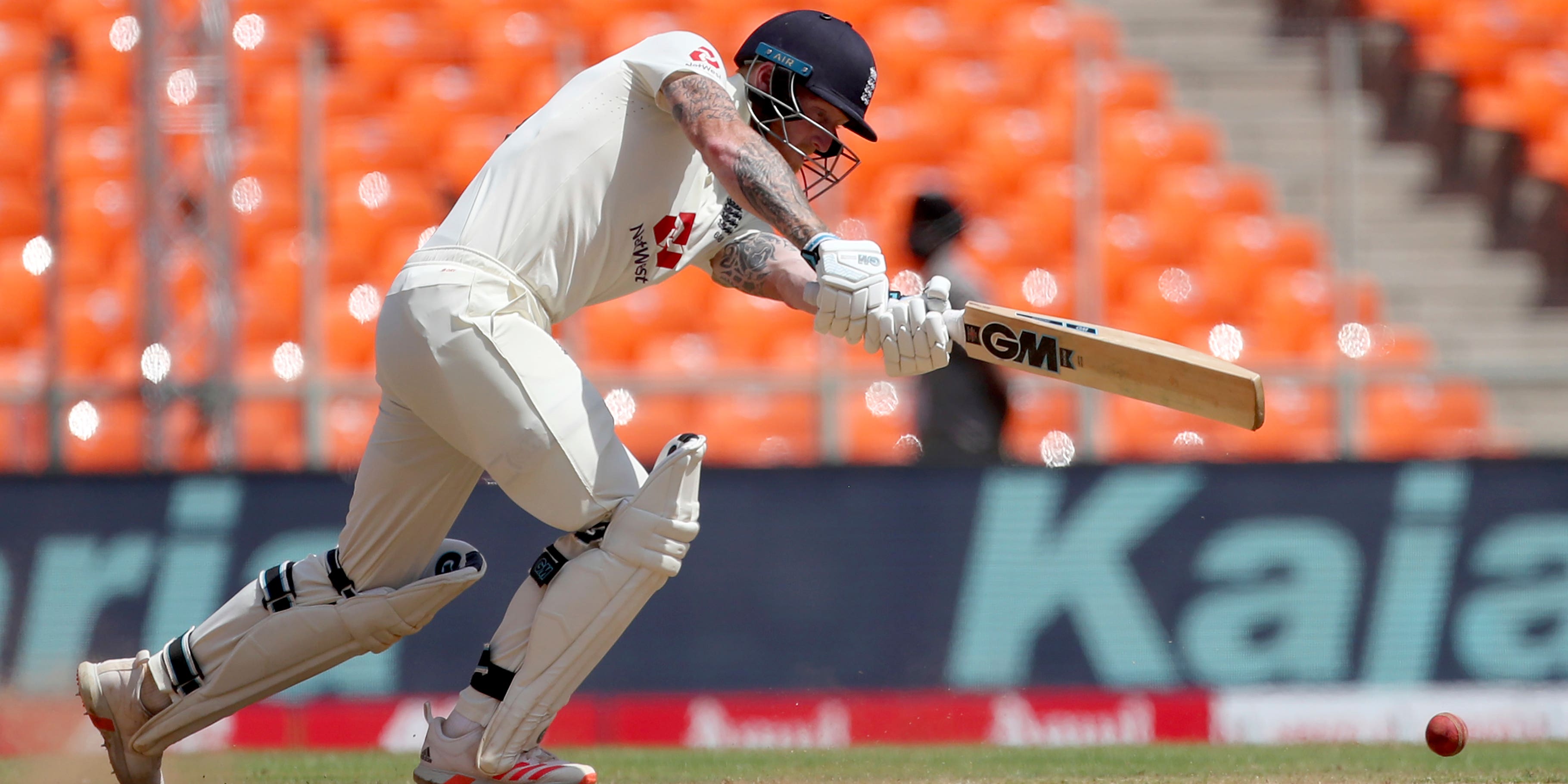 Ben Stokes admitted England fell 100 runs short of expectations on the first day of the series decider against India following another chastening encounter with spin in Ahmedabad.

The tourists had the chance to banish the memories of their two-day defeat at the same venue last week, winning the toss and finding batting conditions to be less extreme than they had expected.

But although the ball was not fizzing and turning or skidding unpredictably off the pitch, Ravichandran Ashwin and Axar Patel still found a way to run through the order, sharing seven more wickets as England were felled for 205.

India had time to reach 24 for one in reply but Stokes, who top-scored with 55, was honest enough to accept an opportunity had slipped through his side’s fingers.

“We should still be batting,” was his succinct summary.

“I think we’ll look back on that and be disappointed by some of the batting. We’re more than capable of scoring more than 300 on a wicket like that out here, it’s frustrating.

“We sit down as a group and say we’ll try to put it (the previous game) behind us but that’s easier said than done. I know, overall, it’s a much better wicket than the last one we played on so we’re just disappointed not to still be batting.

Stokes had plenty on his mind at the time. Not only had he emerged as his side’s leading light with the bat, he had been battling the symptoms of a stomach bug and was also pencilled in to open the bowling after a selection gamble left England with James Anderson as a lone frontline paceman.

He was clearly feeling under the weather and was worryingly non-committal about his prospects of reaching 100 per cent in the coming days.

“I’ll tell you the truth, I’ll just have to wait and see, day by day,” was the best he could offer.

Stokes was part of the decision-making group which hashed out England’s surprising team-sheet, which included Dan Lawrence as a specialist batsman at number seven and hinted at plenty of work for the 38-year-old Anderson, and painted it a logical consequence of their previous defeat rather than a drastic reaction.

“I think if you look at the scorecard from the last Test match it will probably give you all the answers that you need,” he said.

“Lengthening the batting line-up was something we took away from the last Test match, having that extra batter in case we are facing similar conditions. We felt that seam isn’t going to offer as much in terms of being a threat, it’s more of a holding role.”

Stokes also sought to suck any drama out of an early exchange of words with home captain Virat Kohli.

“It’s two professionals showing they care about the sport that they love,” he said.

“A lot gets said these days when two guys seem to come to words out in the middle. There was completely nothing untoward, just two blokes who care about what they do and two guys who definitely don’t back down.”

Seamer Mohammed Siraj had his own take, telling reporters in Hindi: “He (Stokes) abused me and I told Virat, who handled it. It’s important to have the backing of your captain.”