Ben Stokes back to his best with big-hitting IPL century 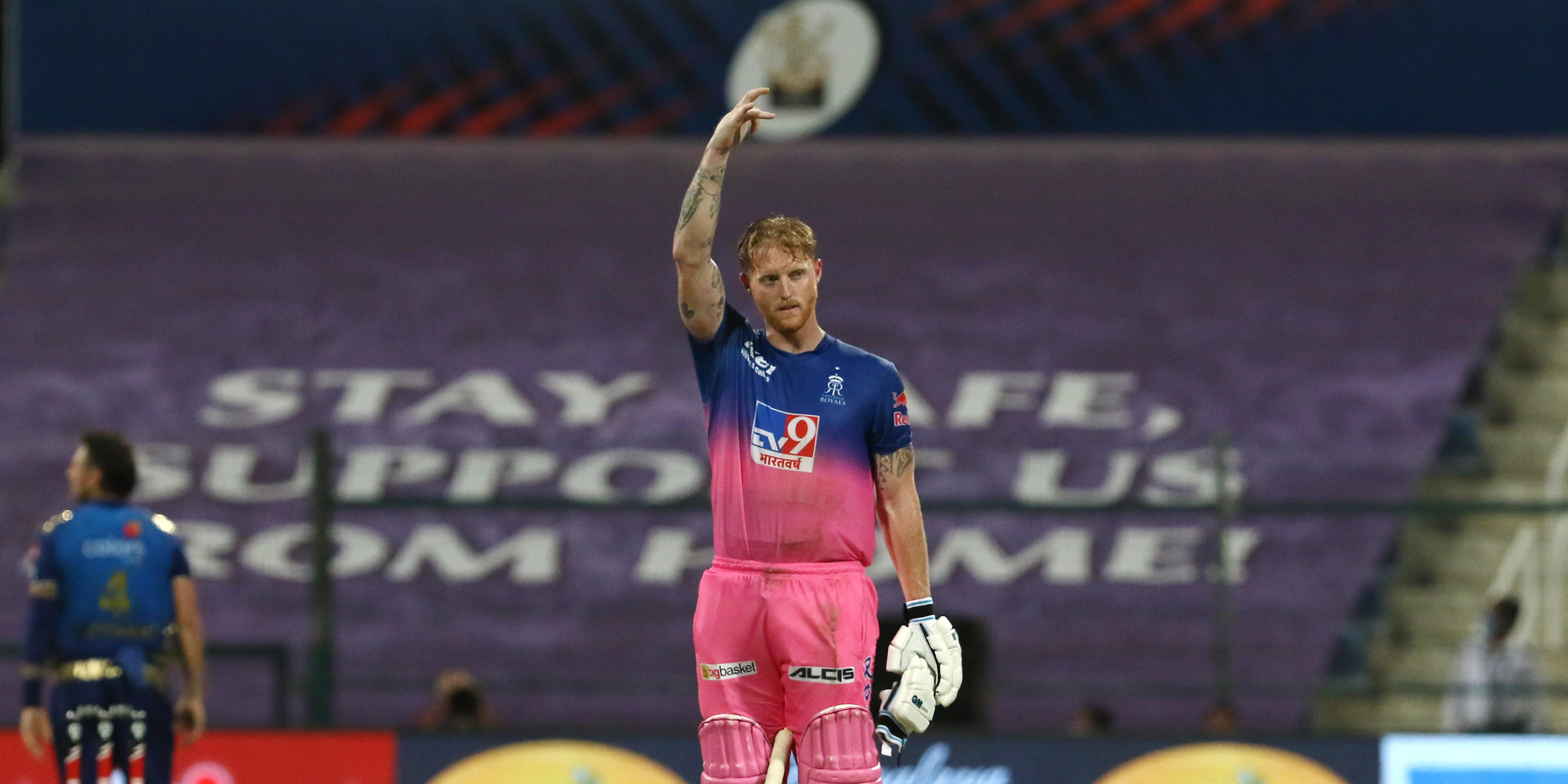 England’s Ben Stokes roared back to form in the Indian Premier League with a stunning unbeaten century for Rajasthan Royals.

Stokes was a late arrival at the tournament, having taken an extended period of time to be with his seriously ill father Ged in New Zealand, and showed only glimmers of his match-winning ability with the bat in his first five matches.

That all ended in emphatic fashion at Sharjah on Sunday, where he smashed 107 not out in just 60 balls against Mumbai Indians, batting through the innings to chase down 195.

The knock, which included 14 fours and his first three sixes at this year’s competition, was just his second T20 century and his highest ever score in the format.

But with the Royals needing help from elsewhere to reach the latter stages of the IPL, the England all-rounder told Sky Sports: “It was bittersweet to be honest.

“I’m a bit taken aback at taking this long to into the tournament for the team. I would have preferred to do this two or three games ago when we weren’t relying on other results to get us through.

“It was nice to spend some time in the middle and finish the game off.”

The brilliant innings will also raise a much-needed smile in Christchurch, where Ged is battling brain cancer alongside his family.

Speaking later to the Royals media team, Stokes declared himself content to have proved his credentials as an opening batsman. The decision to promote him ahead of England team-mate Jos Buttler has divided opinion, but he has not allowed that to worry him.

“When things don’t go well people are going to say you shouldn’t be there. I try not to listen to that outside noise,” he said.

“The rest of the players backed me to do the role that we spoke about and I’m happy to repay the faith they put in me.”

There was also a word for Jofra Archer, who pulled off a sensational one-handed catch on the boundary that called to mind the one Stokes took against South Africa in the first match of the 2019 World Cup.

“I just laughed in the ground where he dropped an absolute goober off me so for him to pull that off was great. It’s one of the great catches at the IPL.”