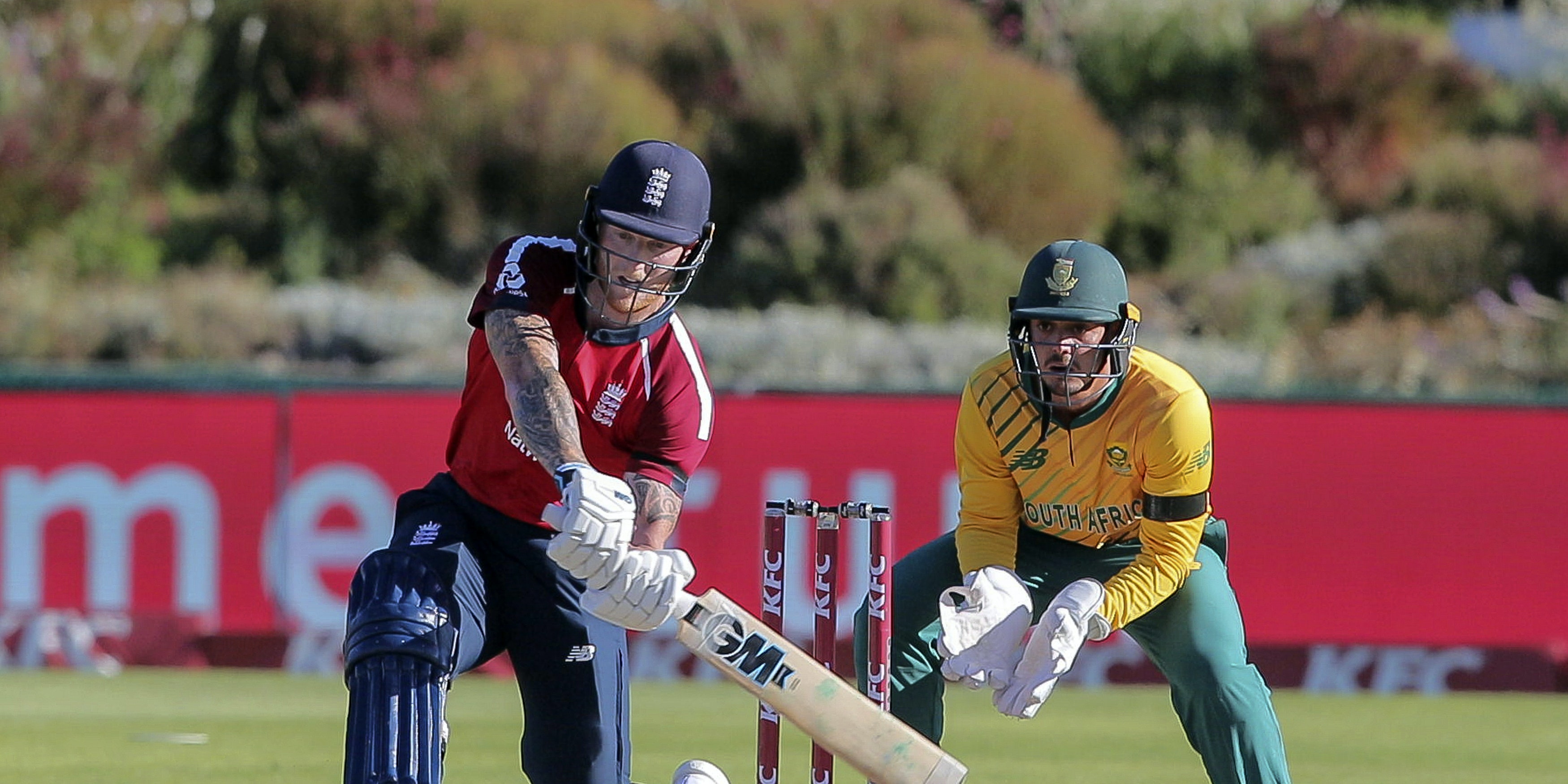 Ben Stokes signed off for 2020 with an optimistic look towards a bumper year ahead and a growing confidence that England have what it takes to beat all-comers.

Stokes is departing South Africa after helping his side sweep the Twenty20 series 3-0, having been excused duty for the forthcoming one-dayers, and will not play again until 2021.

Come October England have the chance to add the T20 World Cup to the 50-over trophy Stokes lifted them to last summer, a prospect that has only risen on the back of three ice-cool chases against the Proteas that lifted them to number one in the world.

As Stokes took his last look around the dressing room before checking out, he saw a white-ball side that stood ready to do its part in what would be a historic tournament double.

“It’s a scary thing to think about where this team could go when we’ve played some more games together,” he said.

“We know if we play our best game of cricket we can beat most teams, which isn’t an arrogant thing to say…it’s where we’re at at the moment. We know how strong this team is and it’s really exciting to be a part of it.

“These series are often short and sharp and it’s amazing to see where this team can go when we get it together. We haven’t played too much together over the last year or so but as the series got deeper we really showed what we are about and it’s great to see some guys playing so freely in a short space of time.”

As for the dream scenario of landing both the 20-over World Cup and then switching straight back to Test whites in a bid to regain the Ashes urn in Australia, Stokes was in no mood to play down the idea – no matter how far off it seems now.

“If we don’t think they are (achievable) it’s pretty pointless turning up to be honest,” he said.

“I don’t have the mental capability to look that far ahead or I’ll give myself a headache, I just take things as they come. Playing a part in all three formats you’ve got to stay in the moment I guess.

“But there’s a lot of preparation time for all three formats to get yourself ready. There’s a massive year of cricket coming up again and hopefully I’ll be able to play a full part in it.”

December 20 marks the end of Stokes’ reign as BBC Sports Personality of the Year, an award built on the back of his classic innings at Lord’s and Headingley, but there is a chance that the prestigious gong will remain in the England dressing room.

Stuart Broad has made the shortlist after a superb year of Test cricket, during which he took his 500th wicket, and there is nobody Stokes would rather hand the crown to.

“He’s definitely getting my vote,” he said.

“It’s a great thing for our sport to have a cricketer nominated again. Stuart Broad has been doing his thing with the ball and performing for England over his whole career but over the last couple of years he’s just been unstoppable.”