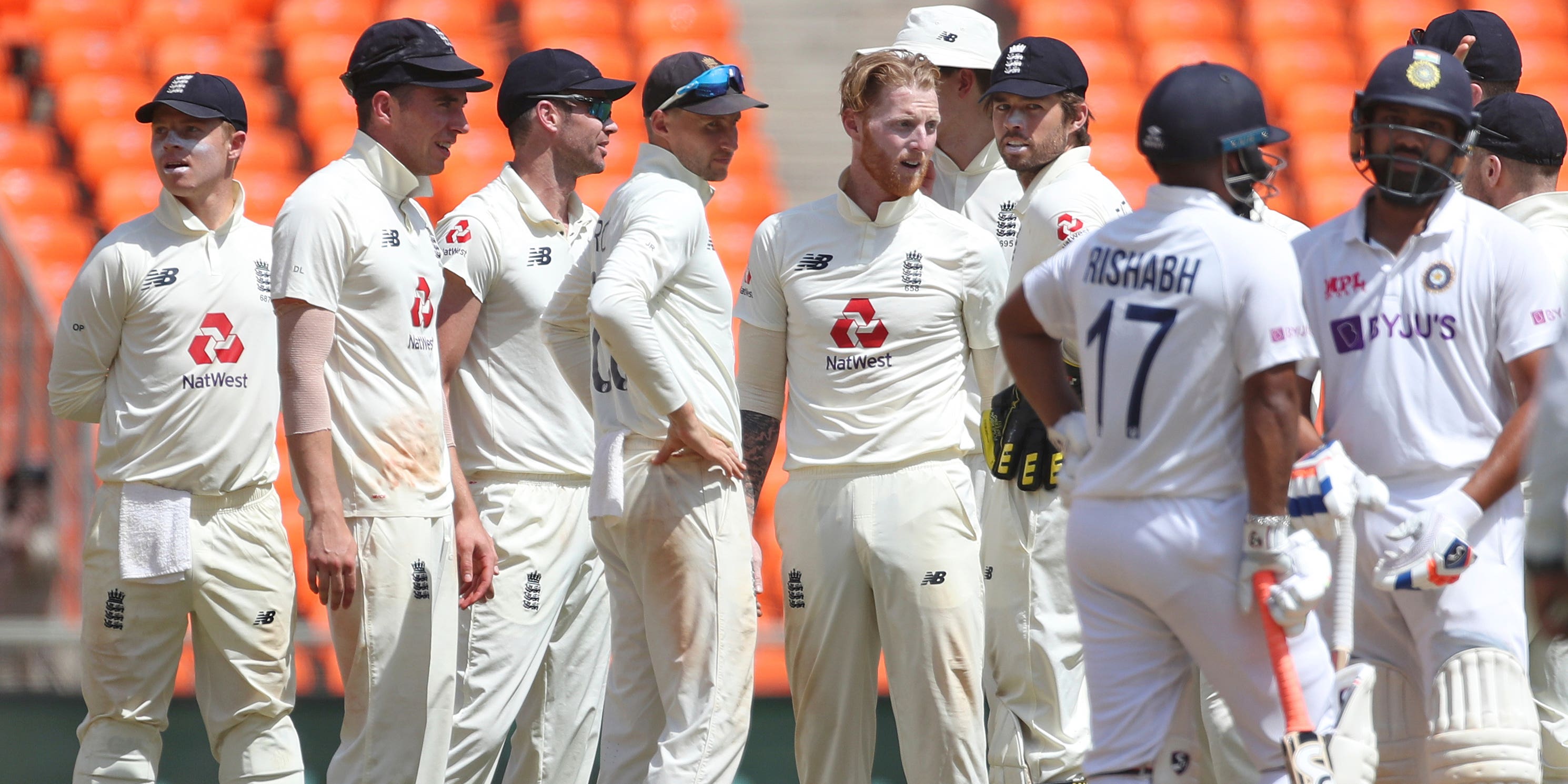 Having made an under-powered 205 in their first-innings, England scrapped their way back into contention as they left their opponents 153 for six, with Stokes to the fore in Ahmedabad.

Coming into the match carrying a stomach bug, he defied discomfort to hit the game’s only half-century so far and stepped up in the field after a batsman-heavy team selection saw him promoted as second seamer.

Having sent down just 15 overs in the last three Tests, he dug deep to send down a pair of exhausting spells in the wearing heat to claim two for 33 in 17 overs.

His successes could scarcely have been more important, India captain Kohli for an eight-ball duck and in-form opener Rohit at his most settled.

India were still hopeful of building a useful lead, but with James Anderson meticulous and Jack Leach plugging away reliably they had been restricted for long spells.

The only real note of concern for England was the form of Dom Bess on his recall, with the off-spinner lacking control and fortunate to concede no more than 26 runs from his first seven overs.

Anderson had bowled five overs without conceding a run on the first evening and set the tone with another spell of masterly control at the start of the day. He and and Stokes ensured the scoreboard slowed to a crawl before Leach capitalised on the pressure.

The slow left-armer has posed problems for Cheteshwar Pujara all series and nagged away until the right-hander got his timings wrong, playing behind his front pad to fall lbw for 17. Stokes had been moving through the gears after a chance of ends and kicked up another notch when Kohli strode to the crease.

The pair were involved in a heated exchange during Stokes’ innings on day one and it would have given him huge satisfaction to topple India’s premier batsman without score.

He hammered a short ball into the surface as it reared up and grazed the edge of an awkward defensive fend. That was the highlight of a 10-over stint, during which Stokes took on the workload of England’s absent pacemen.

Rohit made a careful 32 before lunch, with Ajinkya Rahane more positive but more frenetic for his 27. He fell in the last over of the session, Anderson snaring the edge after setting the batsman up by flipping at will between in and outswing.

From 80 for four at the break, England waited another hour for the first success of the afternoon. Bess’ unconvincing spell, containing a few too many full-tosses and drag downs for comfort, eased some of the burden on the batsmen but when Stokes rejoined the fray it took just six balls for him to defeat Rohit.

Having held back the inswinger, he got his first one to veer in dramatically and snap up a close lbw. His aggression helped England grab another before the break, unnerving Ravichandran Ashwin with blows on the glove and shoulder before Leach had him softly caught at short mid-wicket.

Bess was close to picking up Pant lbw at the end of the session, but this time DRS sided with the umpire’s not-out decision.