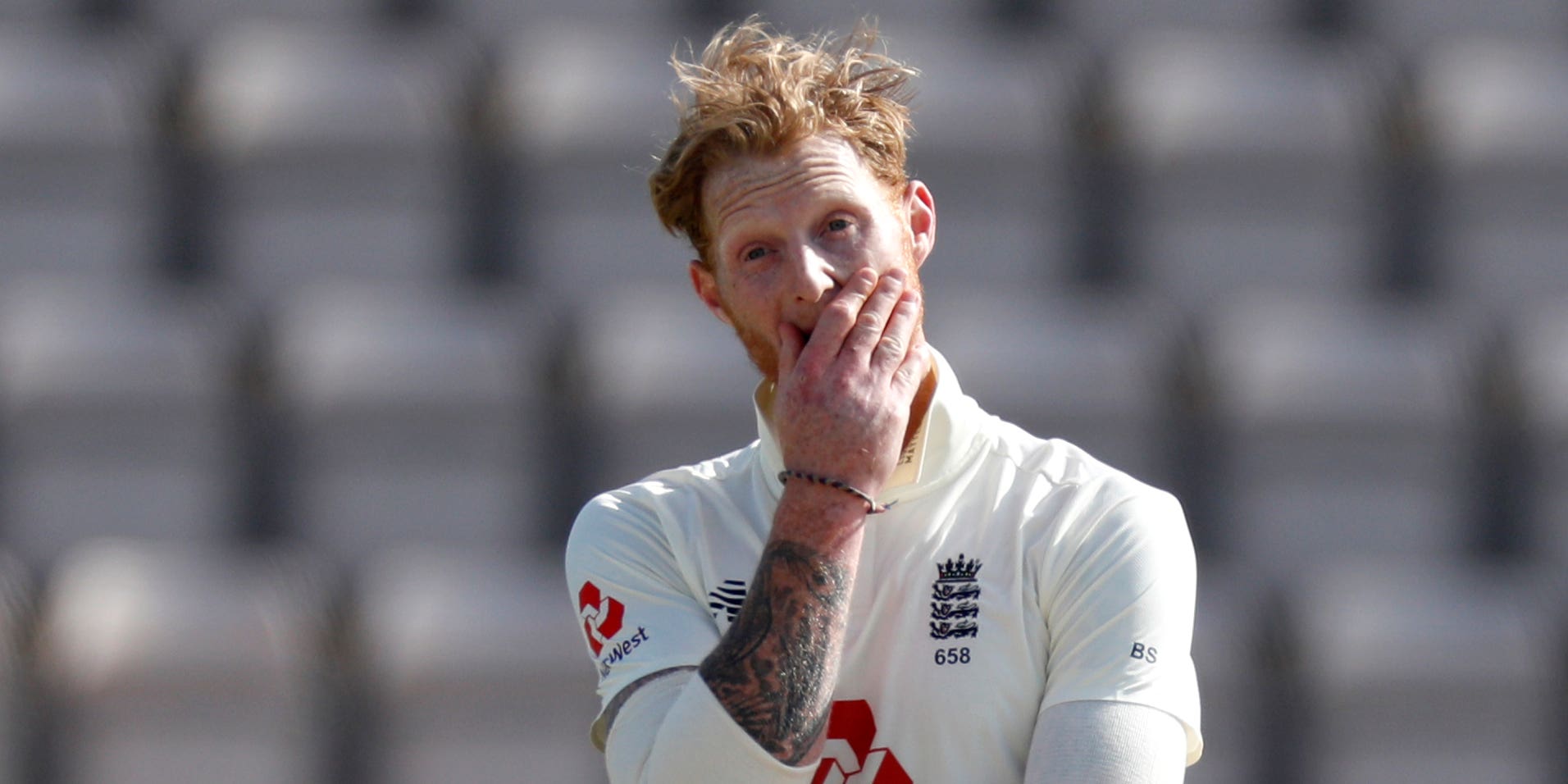 England’s Ben Stokes will miss the rest of this year’s Indian Premier League after Rajasthan Royals announced the all-rounder suffered a broken finger in their season-opener against Punjab Kings on Monday night.

The incident is thought to have happened when Stokes completed a catch in the deep to see off veteran opener Chris Gayle, diving forwards to cling on in the 10th over as he made amends for his earlier drop of the powerhouse West Indies batsman.

But Stokes shook his left hand in distress after climbing back to his feet before briefly leaving the field for treatment and, having already sent down one over, he did not bowl for the remainder of the innings in Mumbai.

He then registered a three-ball duck as the Royals crashed to a narrow four-run defeat, which has been compounded by the news Stokes will now be sidelined for the rest of this year’s tournament.

The Royals said on Twitter: “Ben Stokes has been ruled out of the IPL following a broken finger in last night’s game. He will stay with the Royals and support the rest of the group in the upcoming matches.”

England’s next assignment is seven weeks away and Stokes’ availability for two Tests against New Zealand in June was uncertain because of his IPL commitments, so there is no almost no chance of the 29-year-old being rushed back.

An England and Wales Cricket Board spokesperson said: “We are aware (of Stokes’ injury) and he will be assessed over the coming days on the extent of the seriousness of the injury. At that point we will confirm the next steps.

“In addition, ECB medical and our UK hand specialist consultant are both involved.”

Stokes, who has broken fingers in his right hand on more than one occasion in the past, is seen as instrumental to England’s hopes in both the T20 World Cup and Ashes later this year.

The possibility of being unable to call upon Stokes for the rest of this edition of the IPL is a desperate blow for the Royals, who are already without England paceman Jofra Archer for the early stages of the competition.

Archer has been given the nod to return to light training after surgery to remove a fragment of glass from his finger last month but his level of involvement in this year’s IPL remains unclear.

The ECB has set no timetable on Archer’s playing comeback, only revealing on Tuesday morning that the 26-year-old will work closely this week with his county, Sussex, and the country’s medical teams.

England are hopeful he will be able to up his bowling workload “from next week” as he continues his rehabilitation from a freak injury to the middle finger of his right hand that occurred when he dropped a fish tank in the bath.

While the problem was managed during England’s recent India tour and dealt with upon his return home, Archer also had a further injection to a troublesome elbow which deteriorated enough during the two-month trip to force action.

The combination of these issues has already led to Archer’s absence for the first few games of the IPL, where he is the reigning MVP and on an GBP 800,000 contract with Rajasthan Royals, as England look to manage his workload.

An ECB statement said: “England and Sussex bowler Jofra Archer has been given the all-clear by his hand consultant to resume training after his right hand continues to heal following his operation on Monday 29 March.

“He will return to light training this week, working closely with the Sussex and England men’s medical teams. It is hoped that he will be able to up his intensity with his bowling from next week.

“A further update on his elbow injury will be provided once he has returned to bowling to assess the effectiveness of his recent injection. No decision has been made as yet on when Archer is due to return to playing.”