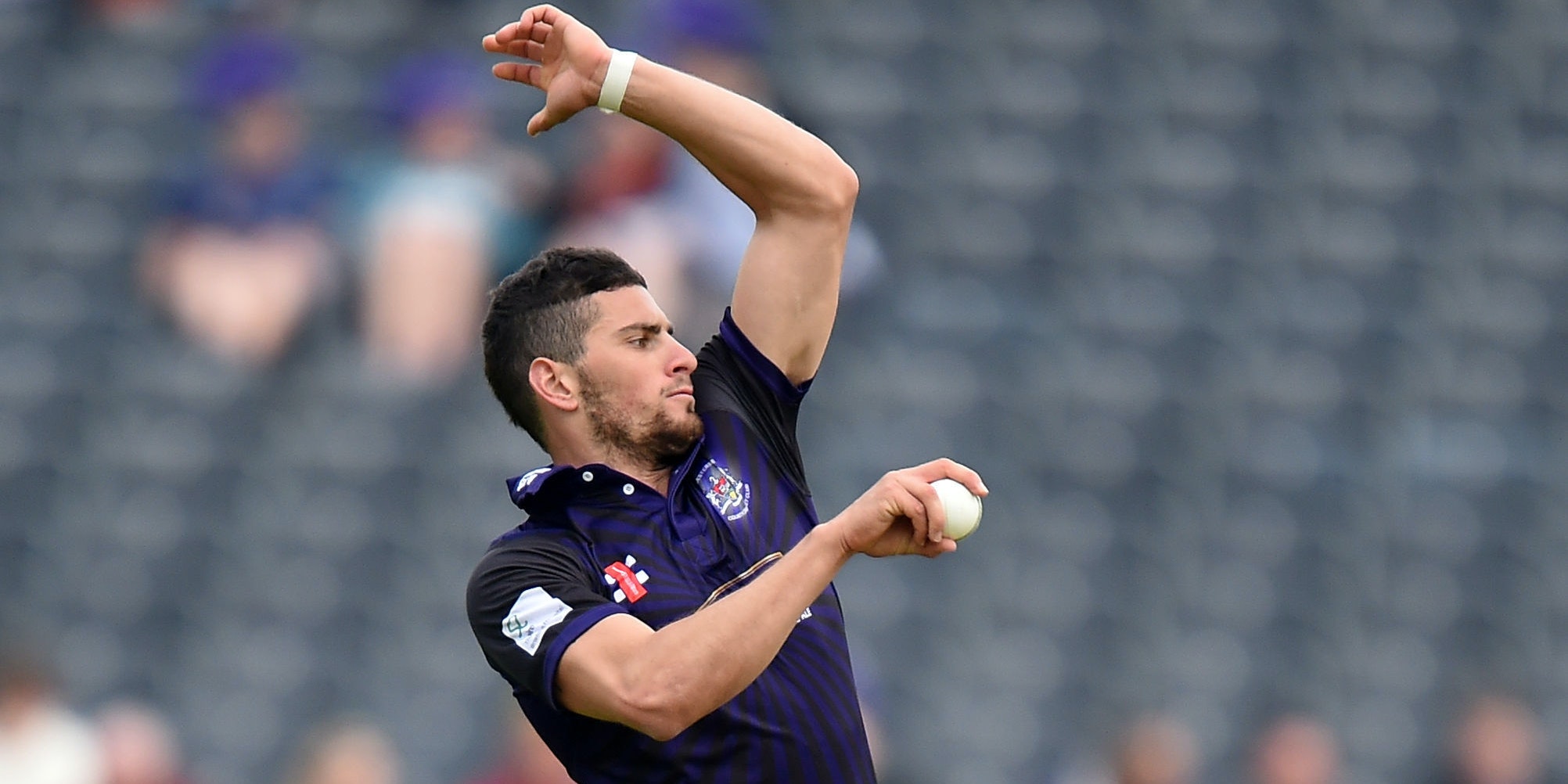 Benny Howell marked his first appearance in more than a year with a belligerent 49 not out from 18 balls as Gloucestershire overcame Somerset by 11 runs to bolster their position at the top of the Central Group.

Hamstring and calf injuries have sidelined Howell but the all-rounder made up for lost time after coming to the crease with Gloucestershire on 135 for six in the 15th over, clubbing three fours and five sixes.

Gloucestershire were able to post a formidable 203 for six, and Somerset were only able to respond with 192 for eight at Taunton.

Howell came in for some tap as he conceded 58 in four overs but, despite 18-year-old Will Smeed’s audacious 82 in only his second senior appearance, Gloucestershire were able to clinch a fifth successive win.

The result moved Gloucestershire two points clear in the table after Northamptonshire were bundled out for 98 in a seven-wicket defeat to Glamorgan at Cardiff.

Slow left-armer Prem Sisodiya and Dutch seamer Timm van der Gugten caused the damage, taking three wickets apiece as the Steelbacks lost wickets at regular intervals and were all out after 17.2 overs.

Openers David Lloyd (40) and Nick Selman (28) put on 68 to break the back of the chase as Glamorgan got over the line with four overs to spare.

Birmingham Bears sit alongside Northants, two points behind Gloucestershire, after Sam Hain’s unbeaten 73 from 44 balls helped to see off Worcestershire by six wickets at New Road.

Jake Libby top-scored with 63 while cameos from Ben Cox (46no) and Hamish Rutherford (41) helped the Rapids, last year’s finalists, to 178 for four but the total was overhauled with five balls to spare.

Despite Dom Sibley’s first-ball duck, Adam Hose’s 43 from 25 deliveries established a platform for Hain, who thumped five fours and cleared the rope three times as the Bears clinched their third successive win.

Nottinghamshire moved four points clear at the top of the North Group after beating rock-bottom Derbyshire by 13 runs at Trent Bridge.

Alex Hales struck 49 from 32 balls which was followed by Joe Clarke’s 57 from 35 deliveries, while cameos from Tom Moores (31) and captain Dan Christian (27) lifted the Outlaws to 198 for six.

Wayne Madsen struck 68 in the reply but Derbyshire were always playing catch-up and after Jake Ball conceded just five in the penultimate over, the Falcons were unable to chase down 23 from the final six balls.

Matty Potts took format-best figures of three for 19 before Ben Raine’s 50 not out helped Durham defeat Leicestershire by six wickets at Emirates Riverside.

Leicestershire were restricted to 130 for nine as Potts took centre stage while Raine anchored Durham’s chase, ending proceedings after 15.2 overs with a meaty six.