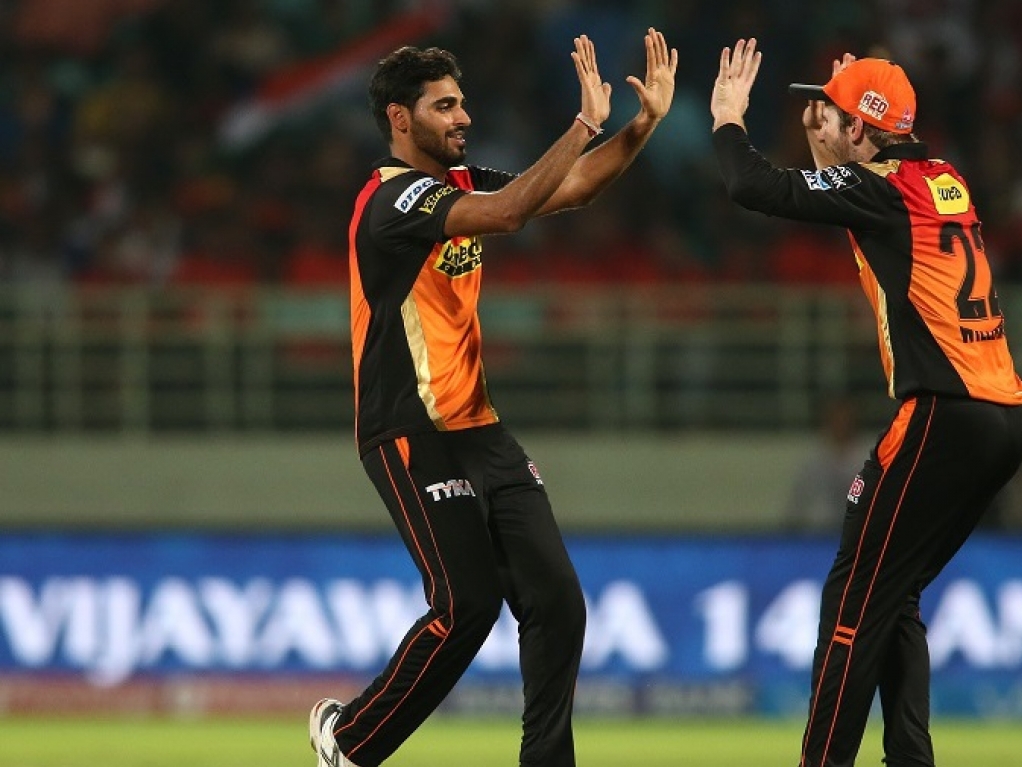 Paceman Bhuvneshwar Kumar has credited veteran seamer Ashish Nehra for his success at this year's IPL, saying that his fellow Sunrisers Hyderabad bowler gave him valuable advice in terms of tactics.

While India swing bowler Kumar is leading the IPL wicket chart heading into the final against Bangalore, he says Nehra's help in terms of strategy and field placements have been crucial.

Nehra missed the first four games of the tournament with a groin injury, and has since been ruled out again, leaving the pressure on Bhuvi to do the job in the final few overs.

He said on iplt20.com after his side's win over Gujarat on Friday: "When you are bowling together there are little things, like how you set the field, what is the strength of which batsman and so how do you bluff him – little things like that which he talked about which has helped.

"And that is probably what I tried to help [Barinder] Sran with. I know that I can't do what he [Nehra] did with his experience. But I was trying to do and play the role that he did.

"When I came to know that Ashish Nehra is injured, there was a bit of extra load that fell on my shoulders. However, if you see the way Sran responded to the situation was very good. He didn't let the pressure show on him after Nehra's injury."

He added on tactics: "What happens these days in cricket is that, watching the way you set the field, the batsman knows what you are going to bowl.

"But as we play more and understand opponents better, we try to bowl against the field that we have set, but not to the extent that it backfires.

"What we try to do is to be able to bluff the batsman, stop the runs, and get the batsman out."