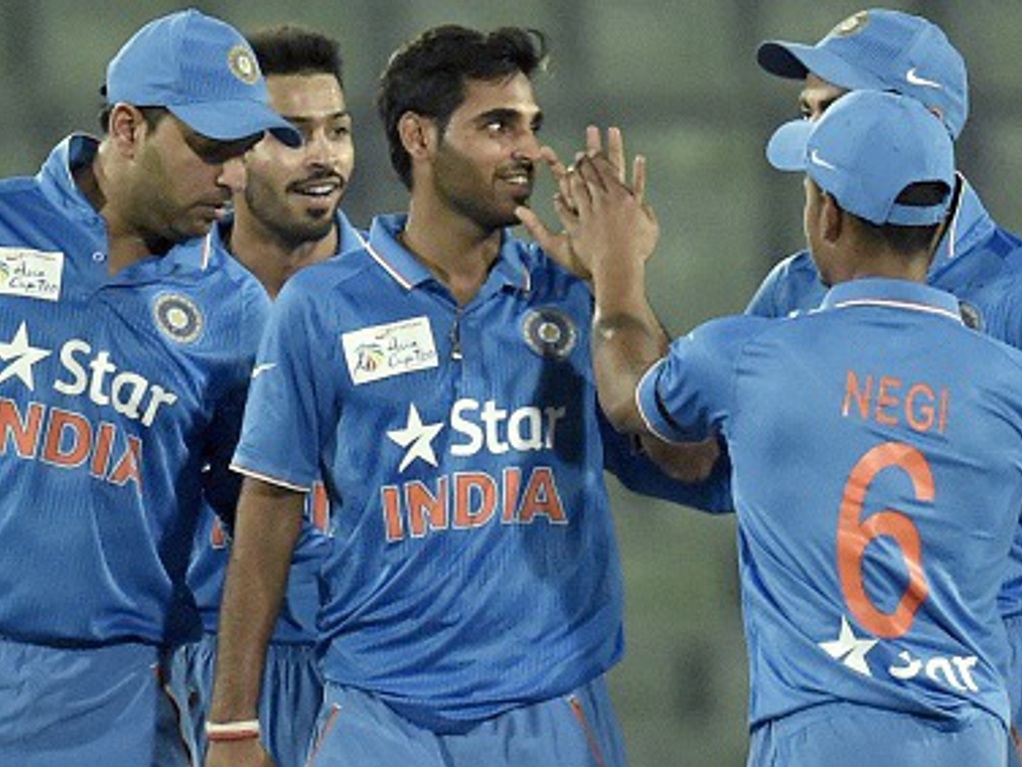 India seamer Bhuvneshwar Kumar says he hopes to develop a good slower ball in order to expand his CV and keep his name in the selectors' thoughts in future.

Kumar returned to the side in the Asia Cup after being dropped for a while, in place of the injured Mohammed Shami, and hopes an effective slower ball will keep him in the team.

Kumar told BCCI.tv: "I want to work on my slower deliveries. I know I can bowl a yorker at the death, but if I can bowl a slower ball as well then it can prove to be an advantage for me.

"I want to develop a good slower delivery and I am working on the same at the moment."

Kumar had an excellent match against the UAE during the tournament, taking two wickets and conceding just eight runs in his four overs. While it wasn't the most stringent of opposition, he was pleased to have done well.

He added: "It feels great to get back to playing (in the XI). To be honest, I was nervous when I walked out to bowl since I was playing after a long gap.

"I was waiting for this opportunity for a long time. This performance will boost my mental confidence and if and when I get a chance to play in the future, I will remember that I had done well in my previous outing."

Kumar is not actually part of India's World Twenty20 squad, but could be called up is Shami does not recover in time for the tournament.