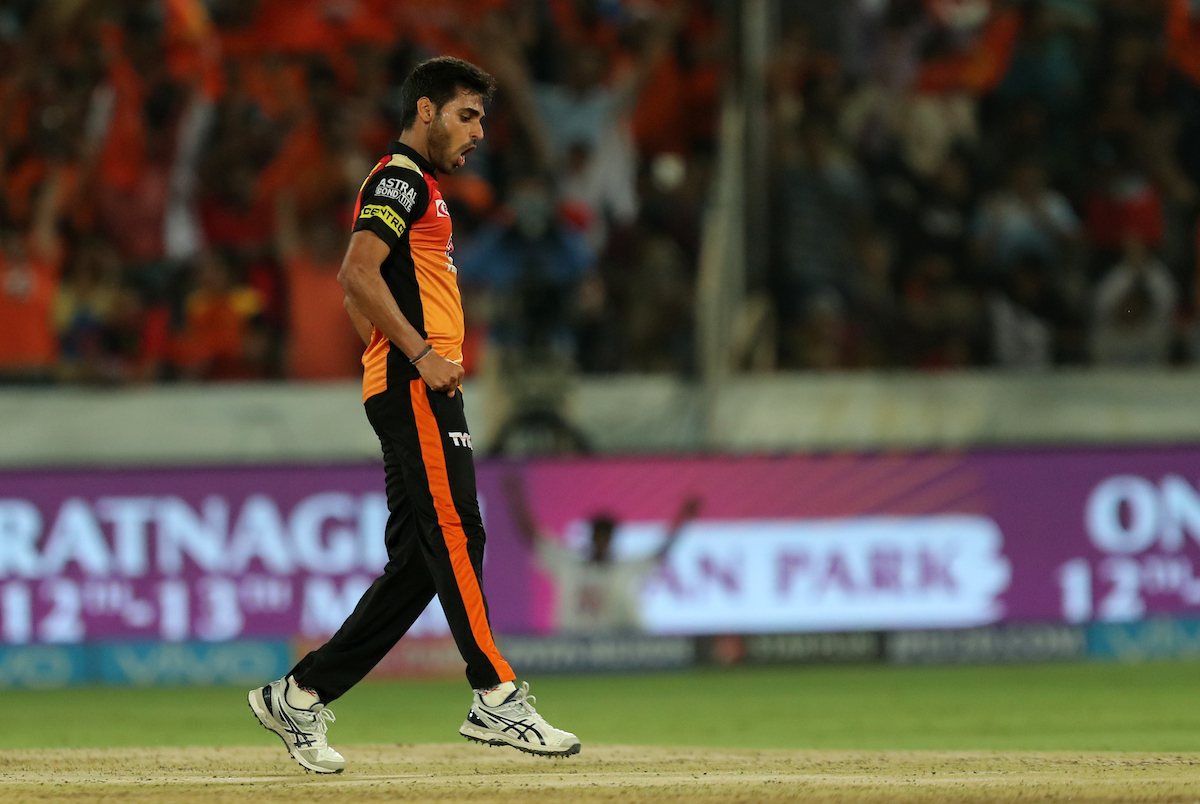 India and Sunrisers Hyderabad seamer Bhuvneshwar Kumar has been ruled out of the remainder of the 13th edition of the Indian Premier League.

Bhuvneshwar was ruled out of the tournament with a thigh muscle injury that could prevent him from making the trip to Australia at the turn of the year.

Bhuvneshwar could miss tour to Australia

The quick pulled up in the Sunrisers match against Chennai Super Kings on Friday 2 October and hobbled off the field and now a senior BCCI official has indicated he may miss the blockbuster tour Downunder.

“Bhuvneshwar Kumar is out of IPL with a thigh muscle injury. It is probably a grade 2 or 3 injury, which could mean that he would be out for at least 6 to 8 weeks. It might effectively rule him out of India’s tour of Australia,” a senior BCCI official told PTI.

As an India star Bhuvneshwar adds a lot to the Sunrisers attack and his absence will seriously diminish the options available to skipper David Warner.

The BCCI official suggested that Bhuvneshwar may remain in the United Arab Emirates with the IPL group as India physio Nitin Patel is also there as part of the medical team.

The quick had rapidly ascended to the India team but a string of injuries in the last year has hampered his progress and this injury may afford more opportunities to the likes of Khaleel Ahmed and Umesh Yadav.

The Sunrisers have pace cover in the form of Billy Stanlake but bringing him in could force the Hyderabad franchise to leave out one of their key batsmen.

In their loss to the Mumbai Indians over the weekend the Sunrisers handed opportunities to Sandeep Sharma and Siddarth Kaul with the former putting in the more impressive display while Khaleel was rested.

The Sunrisers are in action again on Thursday 8 October when they take on the Kings XI Punjab.