Billy the bolter earns call up 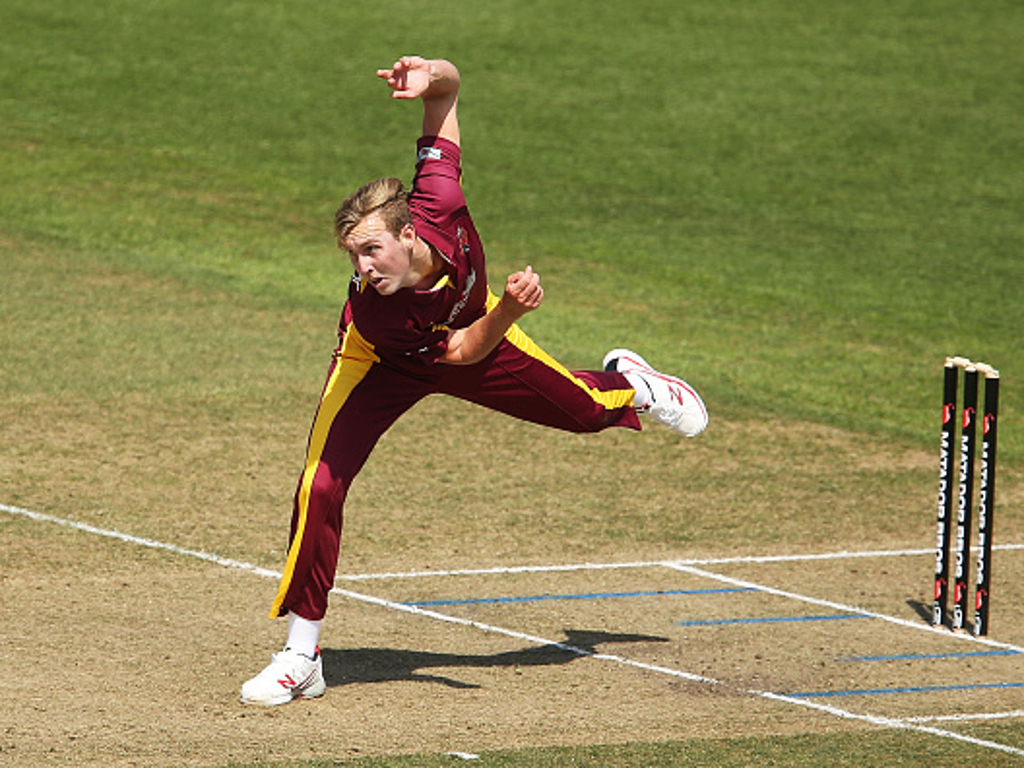 The Australian National Selection Panel (NSP) has named a 14-man squad for the ODI Series against Pakistan, starting at The Gabba in Brisbane on Friday 13 January.

The squad has been selected for all five matches in the series, in Brisbane (13 January), Melbourne (15 January), Perth (19 January), Sydney (22 January) and Adelaide (26 January).

There are three changes to the squad that did duty against New Zealand in December, winning all three matches of the Chappell-Hadlee Series. George Bailey, Aaron Finch and Hilton Cartwright have been omitted and in their places have been taken by Usman Khawaja, Chris Lynn and Billy Stanlake.

For batsman Khawaja it is a return to the squad having last played a ODI against Ireland in Benoni, South Africa, in September. Fellow batsman Lynn is included having previously played five Twenty20 Internationals, the most recent of them against India in Sydney in January of last year, while fast bowler Stanlake features in a senior national roster for the first time.

Commenting on the squad, Interim National Selector Trevor Hohns said: “This is an extremely important series for us as, following it in a ODI context, we have the Chappell-Hadlee Series in New Zealand and then, in mid-year, the ICC Champions Trophy, a tournament which we won in 2006 and 2009.

“We believe this squad is an exciting combination that covers all bases for us over the course of the five matches against Pakistan.

“Billy Stanlake is an exciting prospect who bowls with genuine pace and is a player who has made a terrific return to action for the Adelaide Strikers in the KFC Big Bash League after a lengthy time out through injury.

“Billy himself and the medical staff involved in his recovery have done a great job, he’s back playing again and playing well and we believe that now is the right time to give him a chance to stretch himself.

“Chris Lynn is in superb form for the Brisbane Heat and although that is a different form of the game we believe it is right that we give him the chance to show whether he can convert his wonderful ball-striking ability to ODIs.

“Usman Khawaja has been in excellent touch throughout this Test summer, is able to bat anywhere in the top order and deserves another chance to demonstrate his ODI credentials.

“Both George Bailey and Aaron Finch have been prominent players in the ODI squad over the past few years but both of them have missed out on places in this squad.

“George has scored one fifty in his past 10 ODIs and, while his form has not been disastrous, it has not been to his usual standard so we have decided to look at younger players in the middle order in this instance.

“Aaron, across the past four series in the Caribbean, Sri Lanka, South Africa and the Chappell-Hadlee Series, has scored four fifties in his last 18 innings. I have spoken to both players and they understand our perspective as selectors.

“Hilton Cartwright is unlucky to miss out having been included in the previous squad for the Chappell-Hadlee Series but we believe we are well-served with all-round options, with Mitchell Marsh, Glenn Maxwell, James Faulkner and Travis Head.

“Hilton has now had a taste of international cricket and we want him to go back to his state and demand inclusion in the limited-overs formats, something we believe he is capable of doing.

“Mitchell Starc and Josh Hazlewood have both been included but given the high number of overs they have bowled over the past two months and the demands they will face in the Test series in India starting in February, we will look to give each of them a match or two off at some stage.

“We are helped in that regard by the quality and variety of bowling we have within this squad and any break the pair may get will allow them to recharge and also to work on their strength ahead of a demanding overseas Test assignment.”

Players taking part in the KFC Big Bash League will be available for their teams up to and including 8 January.