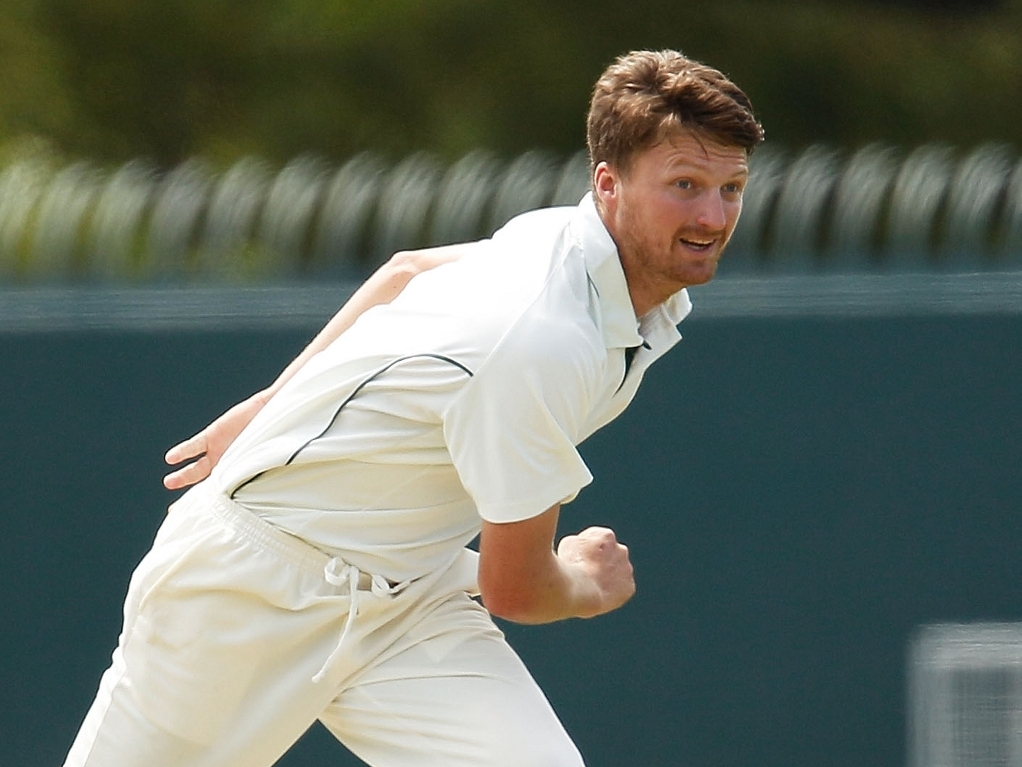 Australia fast bowler Jackson Bird knows he's not the quickest around, but says his success has come from keeping his line and length consistent, and hopes to show that in the Tests against New Zealand.

Bird has been called to the Test squad to go across to New Zealand, and hopes to earn a fourth cap. The decks in New Zealand are more suited to seam and swing than pace, and Bird feels he'll fit in just right.

Bird said on the CA website: "I try to do the same thing over and over again, just try to hit the top of off-stump and challenge their (batsmen) defence.

"If there's any sort of seam movement that's the best tactic to have, to get them to play every ball. That's what I've done when I've been at my best and my most successful, just build pressure.

"If the ball is consistently seaming around there's always going to be a ball with a batsman's name on it.

"It's just a matter of being patient and doing the simple things well. Which is what guys like Glenn McGrath did so well in their career.

"Obviously, I haven't had a career anything like his but I've tried to model myself on his line and length and his game plan which is just to be patient.

"The key on seaming wickets is not to go searching for wickets."

Bird added that the changes in his action and run up, cut nearly in half, has increased his stamina and accuracy, as he doesn't tire as easily and it's not really affected his pace.

He said: "I got back from England where I bowled a lot of overs (for county club Hampshire) and I found myself getting really tired towards the end of the day.

"It was random how it happened. I came to training one day and the run ups were wet so I could only bowl off a short run.

"The ball was coming out well and my pace was good so Damien Wright, the Tasmania bowling coach, challenged me to try something different and change my run up to see how I went.

"We went away on a pre-season tour a week later and it only took two sessions before I had it down pat. Wright has played a big part in that helping me get my head around my new run up. It's been fantastic.