Home News Bishnoi: I just kept sticking to the basics

Bishnoi: I just kept sticking to the basics 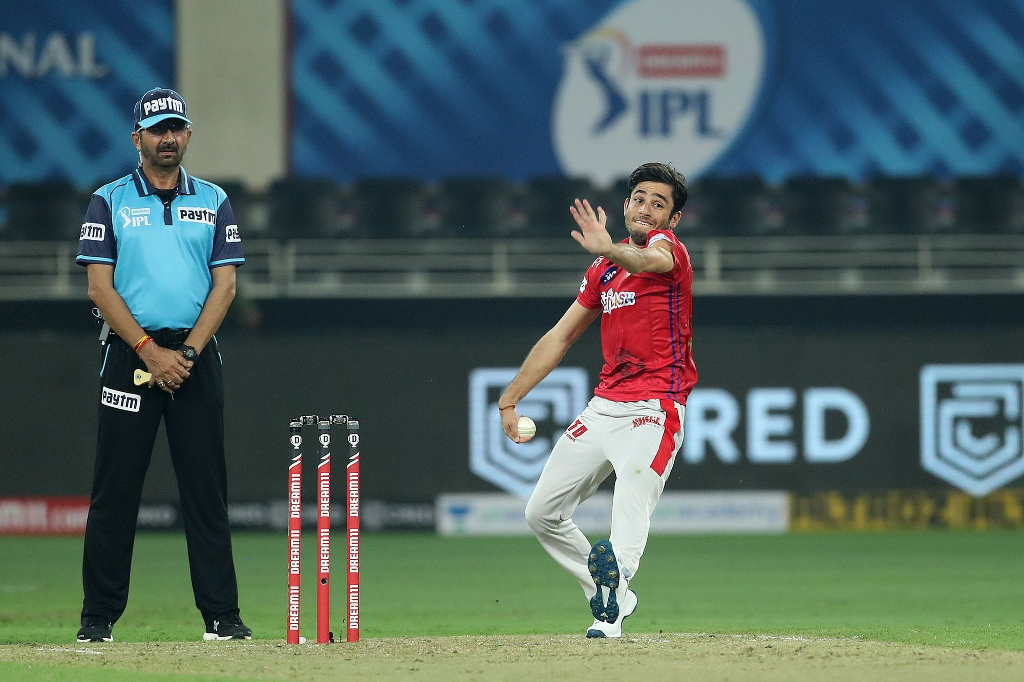 Kings XI Punjab legspinner Ravi Bishnoi put in an impressive shift on his Indian Premier League despite his team suffering a super over defeat.

Bishnoi returned figures of 1 for 22 from his four overs and claimed the wicket of the dangerous Rishabh Pant just as the India batsman was set to launch.

The 20-year-old leggie says that he had a few butterflies before turning out in his first IPL match but mostly felt excited to be granted an opportunity.

“I was a bit nervous in the beginning, but it was more excitement than nervousness for me to make my debut. I just wanted to do well and help my team win,” said Bishnoi.

Bishnoi claimed the wicket of Pant with his wrong’un which the India international failed to pick and played on. The tweaker says he wasn’t working to any sort of plan but rather trying to do the basics well.

The man from Jodhpur is highly-rated as a prospect for India and has already earned an A squad call-up.

He didn’t turn the ball miles in his IPL debut but showed great control and bowled stump to stump.

“Bowling against Pant, there was no set plan or strategy in place, I just kept sticking to the basics, didn’t try another out of the box. Just kept bowling how I normally would,” explained Bishnoi after the game.

The oldest trick in the book

Bishnoi operates using the legspinners stock tactic, setting up the batsmen with leg breaks hoping to set them up for the googly.

“The idea is to try and play with the mind of the batsman, deceive him with my variations. I don’t want to give the batsman what he expects. If I start off with two-three leg breaks, then the batsman is ready for those types of deliveries, that’s when I bowl the googly,” Bishnoi revealed in a chat with the franchise’s website.

The young spinner was part of India’s Under-19 World Cup squad that were beaten finalists at the 2020 tournament in South Africa. Bishnoi took 17 wickets in six matches including three four-wicket hauls.