Home Countries India Bishoo calls for patience with the ball

Bishoo calls for patience with the ball 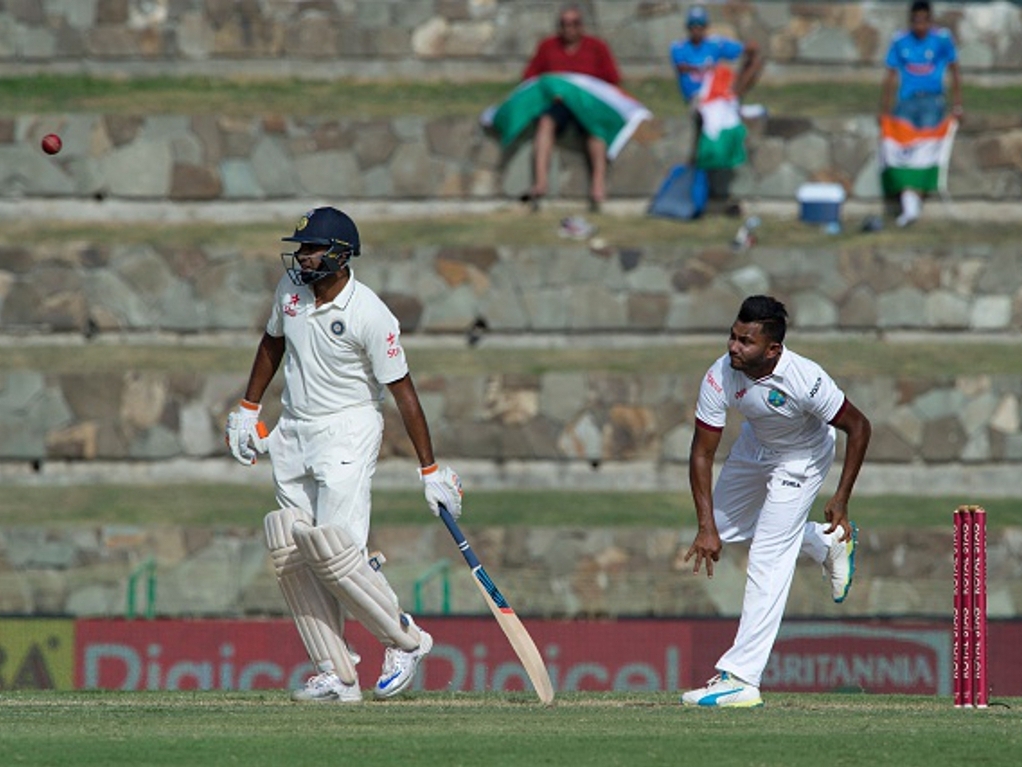 Bishoo was the pick of the West Indies bowlers on day one of the first Test against India, as Virat Kohli steered the visitors to 302/4 at the close of play.

The leggie took 3 for 108 as the West Indies toiled in the face of a Kohli masterclass.

Speaking to the media at the Sri Vivian Richards stadium, Bishoo said: "I think this is a very good pitch. It's a batting pitch,

"We, as bowlers, have to be patient as much as possible and take it one ball at a time. Day one pitches don't turn that much. On days three, four and maybe day five, it's going to turn more,"

The diminutive tweaker feels his team failed to show enough control and didn't do enough to put pressure on India: "We could have been in a better position probably. At the end of the day, it's a good pitch and the Indian batsmen kept relishing it.

"We just didn't put the ball in the areas as much, but we bowled well in patches.

"We just have to take it one over at a time and take it session by session. Put the ball in the right areas for as long as possible, and make it hard for them. At the end of it, we have to be patient,"

Bishoo praised opening bowler Shannon Gabriel, who troubled the openers Shikhar Dhawan and Murali Vijay and had Vijay caught at second slip to get the day's first wicket: "I think Shannon bowled really good upfront today and he started off very well.

"He bowled with great pace. The rest of the bowlers, as I said, bowled well in patches. We need to be a bit more patient because the wicket is good."

India have picked an extra bowler for this match but Bishoo believes the West Indies have no reason to regret not fielding a fifth specialist bowler: "No. At the end of day, whatever team we have to play with as a team, we have to play.

"We support each other and give our 100 percent. I'm not going to put anything on anybody. To play good cricket, bowlers have to do their job and batsmen have to do theirs."

Bishoo is not intimidated by Kohli and said: "It's not challenging (to bowl at him). At the end of the day, it's cricket. We have to be patient. It's just the start of the series and there is a long way to go. Everybody has good and bad days, we just have to move forward as a team."

Day two of the first Test will get underway on Friday.