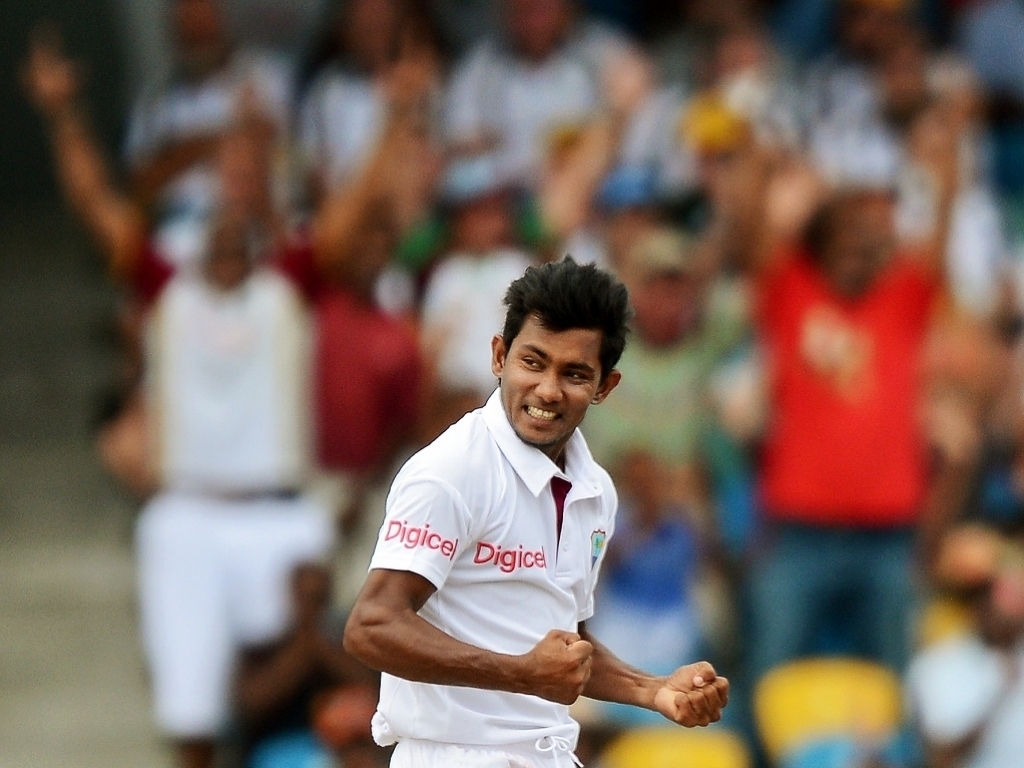 The West Indies have named a 14-man squad for the first Test against England, starting on Monday, with leg-spinner Devendra Bishoo earning a recall three years after playing his last Test match.

The 29 year-old Guyana player will be joined in the squad by 21 year-old batsman Shai Hope and bowler Carlos Brathwaite, who are both uncapped in the longest form of the game.

Bishoo, who played the last of his 11 Tests in April 2012, took 10 wickets in the last first-class match that he played in, for Guyana vs Windward Islands on the 20 March.

Braithwaite and Hope have had solid in domestic cricket and will now want to stake a claim to a place in the starting team for the match that is being played in Antigua.

Convenor of selectors, Clive Lloyd said: "A few players have been rewarded for the work which they have done, like Shai Hope, Carlos Brathwaite and Devendra Bishoo, but it will take some time to reach the standard of consistency that we all desire to see from our side."