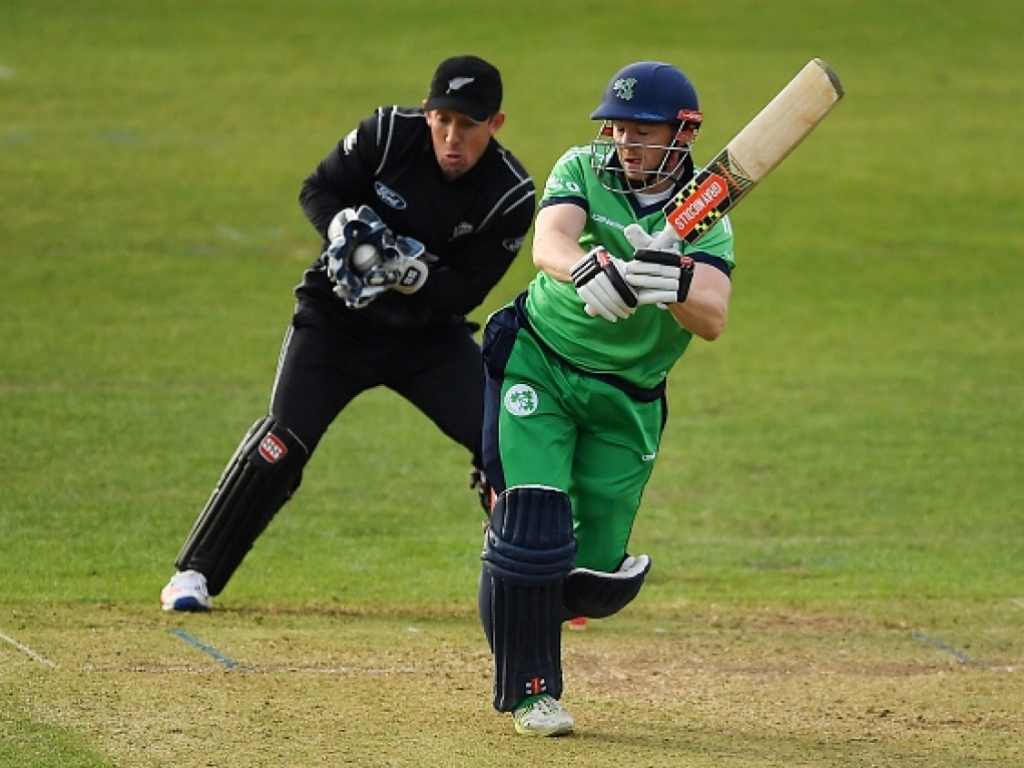 New Zealand beat a brave Ireland by 51 runs in the ODI triangular series in Dublin on Sunday despite a maiden international century from the home team’s Niall O’Brien.

Chasing a target of 290 off 50 overs, O’Brien, who came in a number three, hit 109 from 137 balls but did not get the support from his teammates as the Irish were eventually bowled out for 238 inside 46 overs.

Left-arm spinner Mitchell Santner was the pick of the bowlers for the visitors, finishing with figures of 5/50 in 10 overs.

The 25-year-old right-arm pacer Scott Kuggeleijn, who was making his debut for the Black Caps, made an impression in his first outing for the national side taking 3/41 from his nine overs.

Earlier, New Zealand got off to a solid start as openers Tom Latham and Luke Ronchi put on 53 for the first wicket inside eight overs after they were sent in by the home side at the toss.

The left-handed Latham, who is the stand-in captain for the Black Caps in this series with Kane Williamson absent, was out for 15 while Ronchi made his way to a brisk 37 from 26 balls.