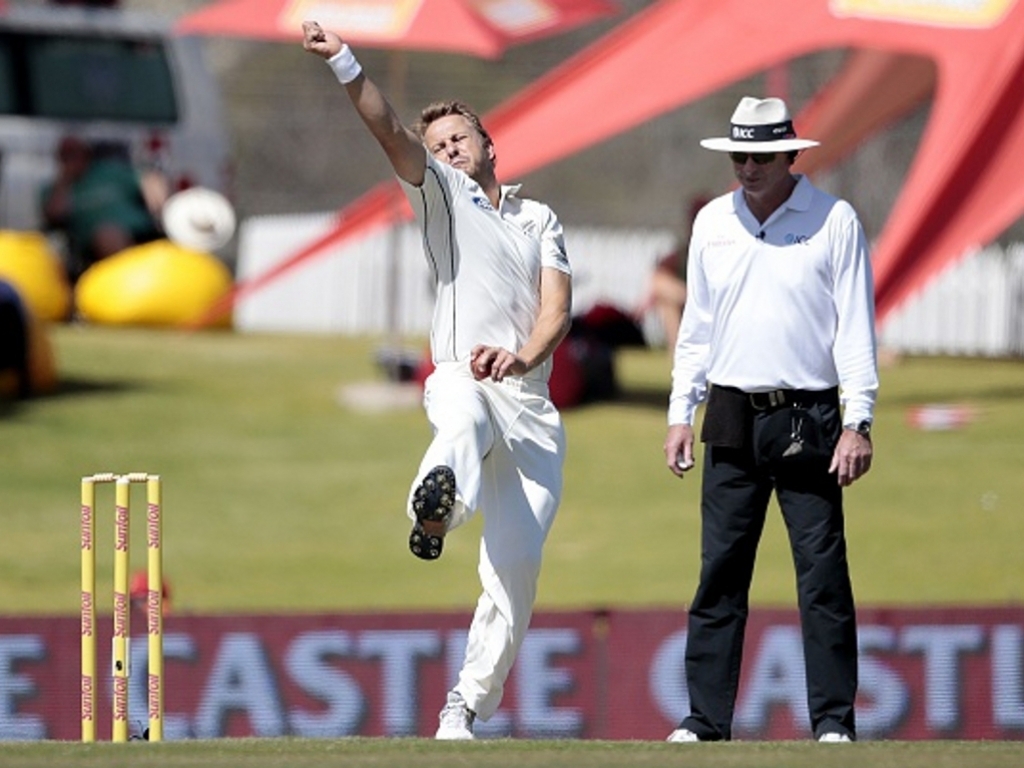 According to fast bowler Neil Wagner New Zealand failed to put enough pressure on Bangladesh on the opening day of the first Test at the Basin Reserve.

New Zealand picked up three wickets on an abbreviated day where just over forty overs were bowled with Wagner, Tim Southee and Trent Boult each picking up a wicket though Wagner could have had a second in the penultimate day over of the day when Mitchell Santner dropped Shakib-al-Hasan.

With a green wicket in Wellington and clouds overhead the decision of the Black Caps to bowl first surprised nobody but the way Bangladesh played may just have.

Wagner said after play: “I think today was Bangladesh’s day.

“I think we pride ourselves as a bowling unit to use those conditions. I think we didn’t bowl well in partnerships for a long period today. We missed a little bit and we got hurt. I think Tamim [Iqbal] batted really well.

“They showed a lot of intent and came out positive to put the bad ball away. It obviously put us on the back foot. We never really settled into a rhythm and into an area because of the way they batted.”

Tamim Iqbal took the fight to New Zealand with a knock of 56 off just fifty balls but Wagner still feels bowling first was the right decision.

Wagner added: “It was definitely [going to be] bowl first [after winning the toss].

“You never know which way the weather is going to go. It was a collective decision to bowl first. If we had bowled in the right areas for a long period of time, we would have known there was enough for us.

“I don’t think much has changed from the last time I played [Mominul] in Dhaka a few years ago. He is a pretty good batter and he showed a lot of patience. He showed a lot of fight. He never really gave a chance and he left the balls well. He obviously loves batting against us so we have to come hard at him tomorrow.”