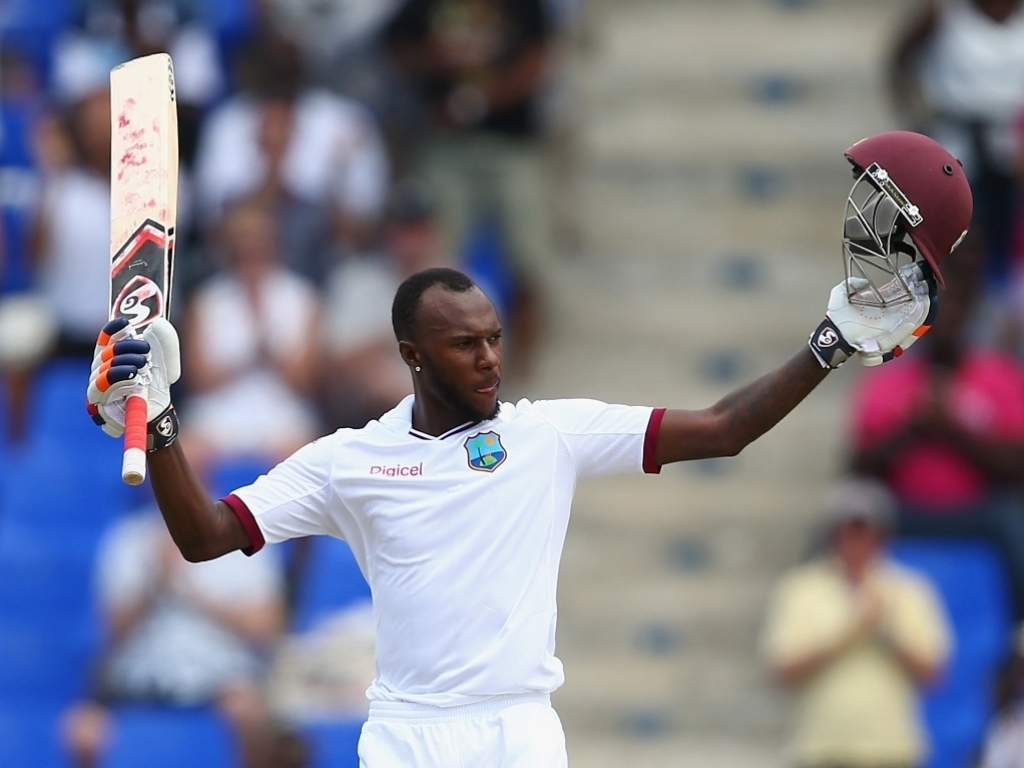 West Indies batsman Jermaine Blackwood hailed the impact that allrounder Andre Russell has had on his career after scoring his maiden Test century on Day three of the first Test against England in Antigua on Wednesday.

The Jamaica-born Blackwood hit an unbeaten 112, including 14 fours and two sixes, as the Windies were all out for 295 in reply to the visitors first innings total of 399. England ended the day on 116 for three to have an overall lead of 220 runs with two days of the game remaining.

The 23 year-old Blackwood credits Russell, who is currently playing in the IPL, with helping him develop his game to the extent where he could play Test cricket.

After the day's play, Blackwood told a news conference: "Andre is like my big brother. I've known him for about 10 years and I'm staying with him in Jamaica. We live under the same roof. We train at home and we talk a lot about cricket.

"Even this morning he sent me advice on my phone. He said stay focused, stay positive, bat for long and make sure I score a century for him."

He said: "He talks to me always about staying positive. He tells me to play the way I play, but be patient. He was always telling me to be patent but positive at the same time."