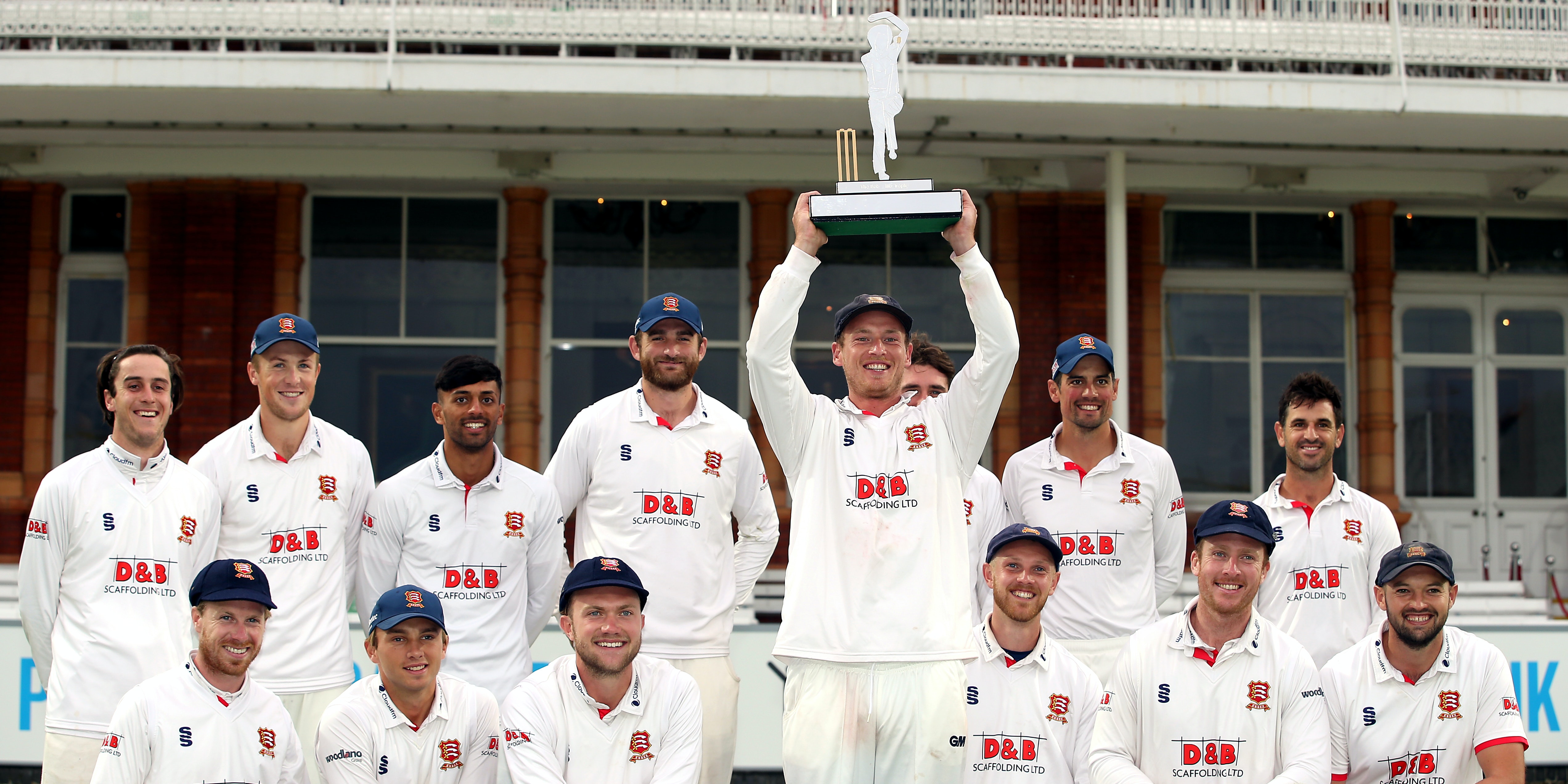 Essex will defend both their County Championship and Bob Willis Trophy titles next season, after an agreement was reached over another tweak to the first-class structure.

The two-division championship, which Essex won in 2019, was shelved due to the coronavirus lockdown this summer, replaced by three regional conferences and a five-day Lord’s final with Essex, once again, coming out on top ahead of Somerset.

With uncertainty over what restrictions may be in place next summer a hybrid solution has been struck for 2021, with 14 County Championship fixtures scheduled – up from five this year – starting in groups before being sorted into performance-related divisions.

The winners of the top division will be named county champions, before a showpiece a showpiece final at the home of cricket for the Bob Willis Trophy. The proposals were agreed by the 18 county chairs, with a two-thirds majority rather than a unanimous decision required.

This model is intended as a one-off, with the future shape of the competition subject to game-wide consultation. The default position going into those discussions will be a two-division format, slightly altering the status quo by moving from nine teams in each to 10 in the top flight and eight in the bottom.

ECB Chair, Ian Watmore, said: “Since starting in my new role last month one of my key priorities, as a huge supporter of red-ball cricket, has been to collaborate with the First-Class Counties so that we could confirm a structure for next summer’s men’s domestic season.

“I am delighted that the counties have been able to reach this agreement less than three weeks after Essex won the Bob Willis Trophy final at Lord’s.

“The success of that competition provides reassurance that this structure can help safeguard against any impact the global pandemic may have on next season while also ensuring the integrity of the County Championship.

“It must be stressed that this structure has been agreed for next season only and during 2021 we will review and consult with the counties and other stakeholders to decide the appropriate next steps for the men’s domestic structure in 2022 and beyond.”

Next year’s groups, seeded on first-class results over the past two campaigns and making provision for local derbies where appropriate, are as follows: