Bok legends included in T20 side 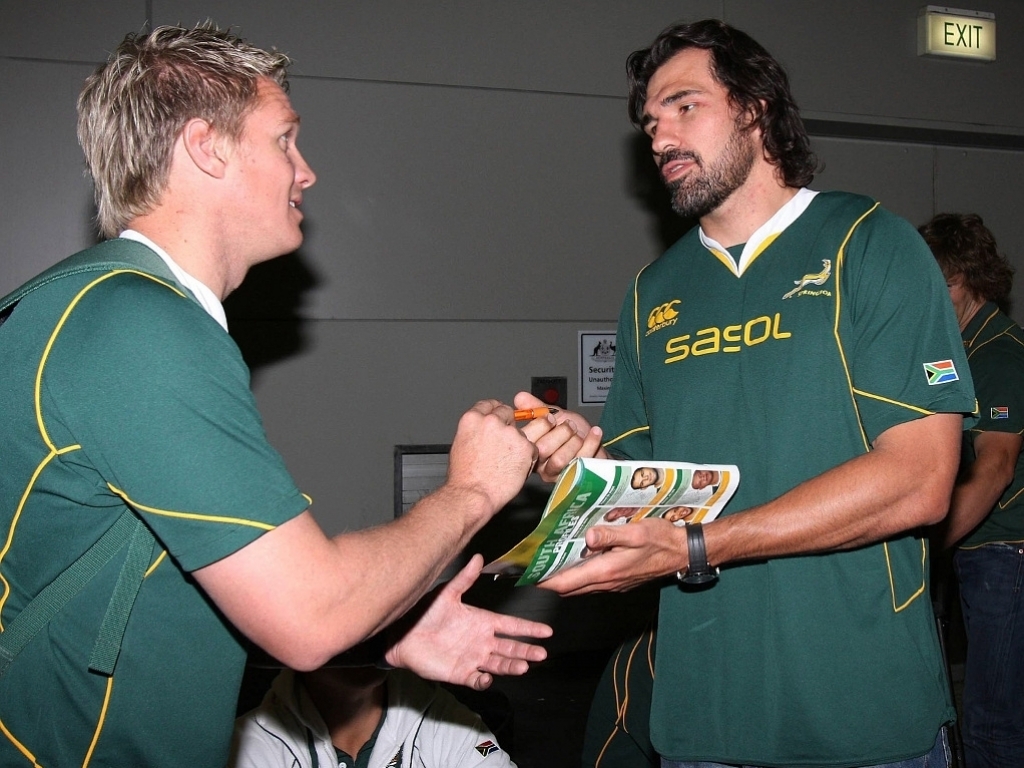 Springbok captain Jean de Villiers and vice-captain Victor Matfield were both included in the Bok T20 side that will face the Proteas in the Nelson Mandela Legacy Cup on December 5 at the Wanderers.

The two Springbok centurions will be joined by various other regulars for the national side, including Willem Alberts, Willie le Roux and Duane Vermeulen.

In a similar match that was organised last year in the lead-up to the Test series against India, Matfield scored 23 runs from 23 balls against the Proteas in Cape Town, while Le Roux scored 16 from eight balls and Alberts took two wickets in as many balls.

"Everyone had a blast playing against the Proteas last year and we're looking forward to more of the same this year," De Villiers said from Cardiff, where the Boks will take on Wales on Saturday.

"At this stage however, our focus is solely on Wales this weekend. Thereafter we'll start putting our plans in place for the match at the Wanderers.

"The match is for a good cause and we're hoping for a sold-out crowd at the Bull Ring, which is a magnificent venue which has seen a number of superb performances in the past."

Flip van der Merwe will be the Springboks' manager, but their coach and captain for the match has not been selected yet.

The match celebrates the one-year anniversary of Mandela's death and will be played in his honour.