Book review – Sex and Drugs and Rebel Tours: The England Cricket Team in the 1980s 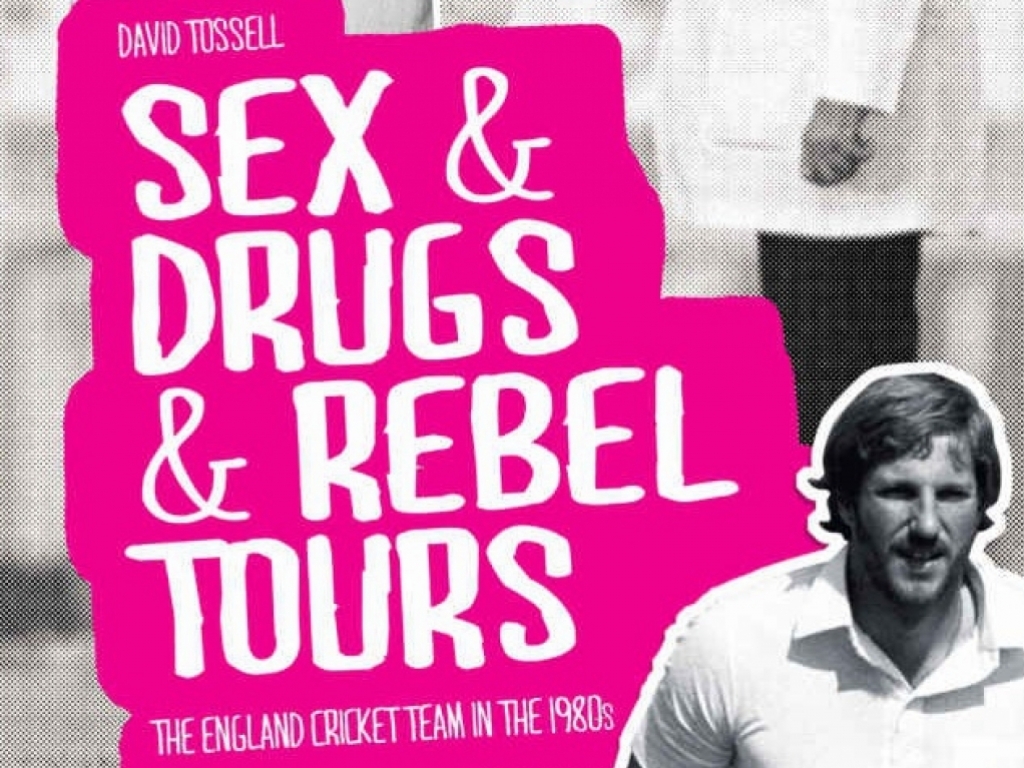 I received Sex and Drugs and Rebel Tours: The England Cricket Team in the 1980s with keen anticipation.  David Tossell previously wrote one of the best cricket histories in recent times with Grovel! (2007), the story of West Indies’ triumphant 1976 tour of England.  And he has now turned his attention to the era that made me and millions of others the cricket fans we are today: angrily cynical by default, greeting England’s successes with suspicion and humiliations with easy familiarity. (Full disclosure: I also wrote a book on the rebel tours in 2009)

The administration and management of the England cricket team in the 1980s delivered a catalogue of shambolic, amateurish incompetence – a far cry from the glossy corporate brochure of slick, technocratic incompetence we know today – and these form the strongest parts of the book.

As employees, players were treated in a manner that in 2015 would cause the European Court of Justice to relocate to St John’s Wood.  And the revolving door selection policy was at times Dave Podmore-esque: in Tossell’s account, one selector puts together the XI using county averages published in The Daily Telegraph.

Tossell establishes superbly not only the laughable inadequacy of the TCCB, but also the serious consequences for working players.  Graeme Fowler, Ian Greig and Phil De DeFreitas are among those to recount the financial and psychological insecurities that result when your professional destiny is controlled by a ship of fools.

Things get a little less reliable when the focus turns to team performance.  Tossell is a passive narrator: he lays out facts and interview quotes with little analysis and no personal opinion, and leaves the reader to make up their own mind.  This works very well shooting blazer-wearing fish in a barrel.  When the governing body’s idea of a fast bowling programme is to look for javelin throwers in pubs (yes, really), there is no great call for point/counterpoint.

But after establishing the hopelessness of The Suits mostly through dressing room voices, the players’ escapades on and off the field are recounted by the same men.  Harsh judgements are consequently few and far between, and lascivious readers attracted by the title may be disappointed.  “I can’t speak personally about the drugs,” says David Gower, “I would keep a diplomatic silence on the sex; and rock and roll is, of course, free to all.”

While some of the interviewees, including Gower, do reveal entertaining detail of the unlikely hedonism that came with England on tour, there is little acceptance that this might have contributed to some woeful results.  In any reported instance of things getting out of hand, that was just the tabloids stirring thing up.  Ian Botham, an awesome figure in the game but also an undeniably ludicrous one, continues to enjoy general indulgence.

Similarly the rebel tourists offer a series of shallow, unchallenged excuses; wives weren’t allowed on England trips, the Test wickets in India produced boring cricket, etc..  A frank rebel tourist defence would be: “It was a sh*tty business that benefitted nobody except ourselves. But plenty of people make their money in sh*tty, selfish endeavours, it was the best I could do at the time and many who criticised us would have done no different.”  Instead there are desperate attempts to frame the tours for the greater good.  Just as Colin Croft has claimed to have been striking a blow against apartheid and Alan Knott cited his service to a higher power, John Emburey unfathomably asserts that the rebel tours led to central contracts and a cushy life for the modern professional.

Based predominantly on input from manically self-justifying former pros, the book has a selection bias problem.  The myriad low points are laid at the feet of Management, while the highs belong to the players.  But this was hardly a golden age of cricket administration in Australia or the West Indies either.  A lack of leadership, application and wisdom among senior players is seldom acknowledged.

For example, England might have limited the damage against the all-conquering Windies if they had practiced half as often as their opponents. But the three greats to play through the decade – Botham, Gower and Graham Gooch – variously lacked the management chops and discipline to be successful captains.  Amidst many laments that contemporary internationals enjoy unparalleled job security, former colleagues have little bad to say about Mike Gatting’s tenure despite his winning two (!) of 23 Tests in charge and then losing his job for non-cricketing reasons, a managerial leniency unthinkable in the modern game.

In order to do full justice to the nonsense of it all, an account of the England cricket team in the 1980s might have seen players take some personal responsibility for sex and drugs scandals, rebel tours, or being bowled out twice by New Zealand in 101 overs.  But even here Tossell gives the reader enough to draw their own conclusions.

Overall, then, this is an entertaining and detailed confirmation that, yes, it really was as chaotic, frustrating and inept as we all remember.  Perhaps for his next book Tossell can look into England’s World Cup campaigns, 1996 to present.

*Peter May is the author of The Rebel Tours: Cricket’s crisis of conscience (Sportsbooks, 2009).