Border and Boland frustrated by rain 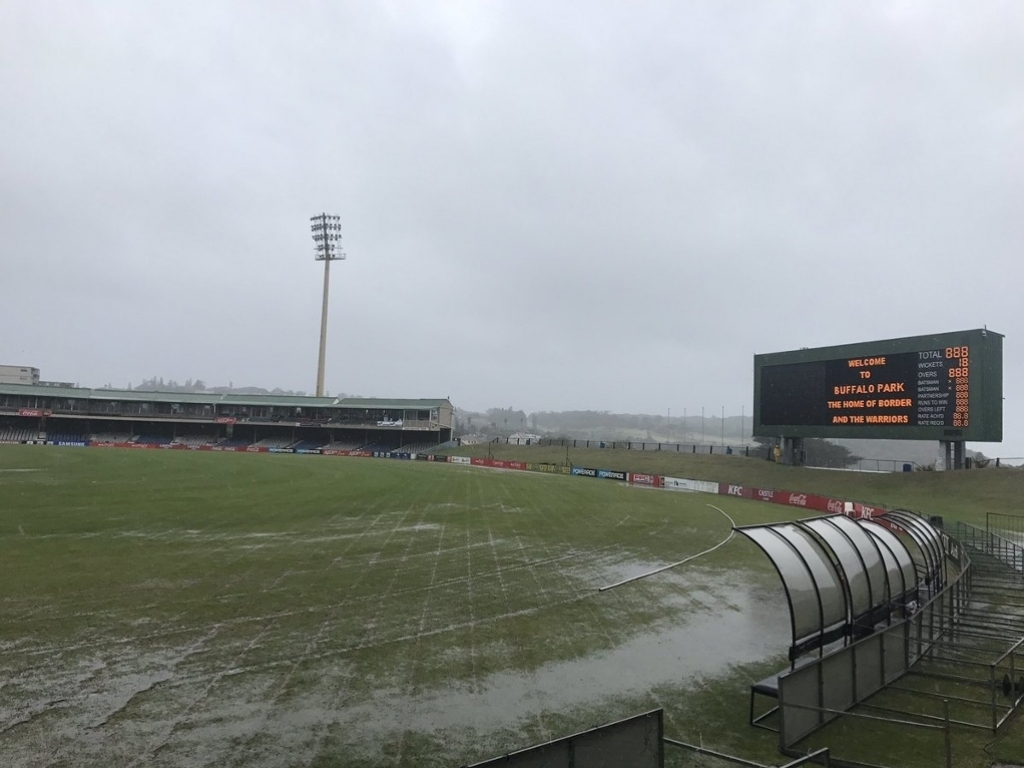 Rain was the big winner when Border and Boland had their Africa T20 Cup opener abandoned early in their clash at Buffalo Park in East London on Friday evening.

Only four overs were possible between the two sides when rain swept over the ground and refused to leave after the visitors had reached 28 for none – Pieter Malan leading the way with an unbeaten 20.

It meant that the Pool D encounter had to be called off with the two sides forced to settle for two points apiece, not ideal in their quests to reach the semi-final for the first time.

KwaZulu-Natal Inland, who play Boland on Saturday, beat Zimbabwe, the home sides’ opponents in round two, earlier in the day to top the group with four points.

The matches on Saturday and Sunday begin at 09h30 and 13h00 and will be televised on SuperSport.

There will be a moment of silence prior to the games for the Laudium tragedy earlier this week.