Boris Johnson sympathises with Ollie Robinson after ‘over the top’ suspension 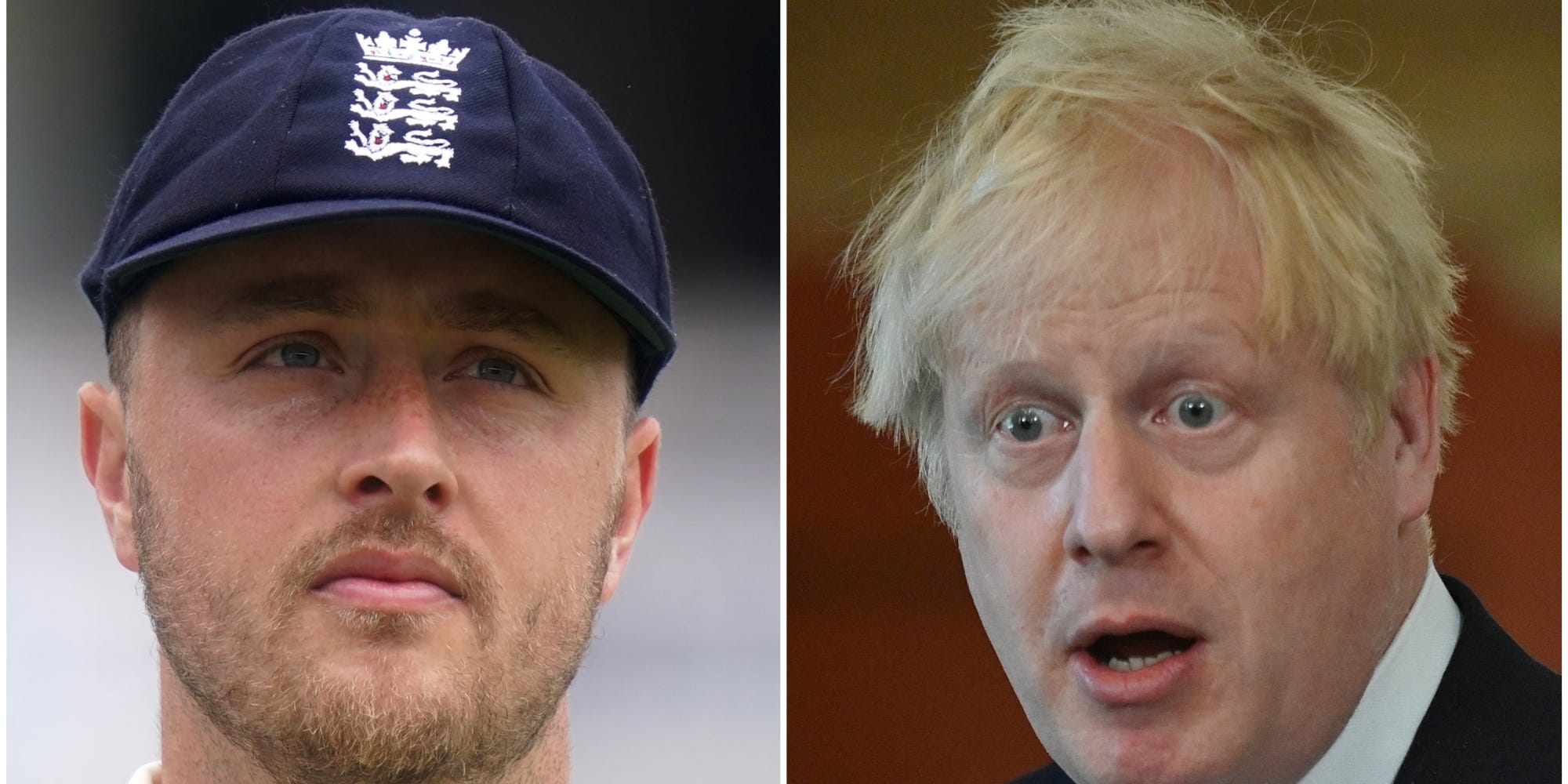 Prime Minister Boris Johnson has agreed with Culture Secretary Oliver Dowden’s assessment that the suspension of England seamer Ollie Robinson for historical racist and sexist tweets was “over the top”.

Robinson, 27, issued an apology for social media posts he wrote in 2012 and 2013, when he was in his late teens, that were unearthed and shared online on the day he made his Test bow versus New Zealand at Lord’s last week.

He has been indefinitely suspended pending a disciplinary investigation by the England and Wales Cricket Board, which drew a surprising rebuke from Secretary of State Dowden, who waded into the matter on Monday morning.

While Dowden acknowledged Robinson’s tweets were “offensive and wrong”, he added they “are also a decade old and written by a teenager”.

Mr Dowden said: “The teenager is now a man and has rightly apologised. The ECB has gone over the top by suspending him and should think again.”

A spokesperson for the Prime Minister said afterwards: “As Oliver Dowden set out, these were comments made more than a decade ago, written by someone as a teenager, and for which they have rightly apologised.”

The ECB declined to comment when asked about Dowden’s remarks.

While Robinson said he was “embarrassed” and “ashamed” of his past tweets, he has been stood down from the second and final Test against New Zealand at Edgbaston, which gets under way on Thursday.

Robinson may have made an impact on the field last week, taking seven wickets and contributing an important 42 runs with the bat, but he was given no assurances about his England future after the probe has concluded.

“The investigation will happen and any decisions will be made after that,” said England head coach Chris Silverwood, speaking after the drawn first Test against the Black Caps.

“Let’s see what comes of it first. There’ll be an investigation and we’ll see after that.

“What should have been one of the greatest days of Ollie’s career didn’t end well for him. It was disappointing for the group. It was a stark reminder for us all of the responsibilities that we hold in the position that we are in.

“There is absolutely no place in this game for any form of discrimination whatsoever. He showed a lot of remorse, he apologised publicly, he apologised to the dressing room. I think it’s been a really big learning curve for him.

“The big thing for us all is education. We are all striving to be better, none of us are perfect, and we all need to make sure we are learning all the time. We can make sure the world is a better place.”

Robinson was informed about his historical tweets resurfacing when he came off the field at the end of play on Wednesday by Silverwood, who admitted England had to temporarily park the issue to focus on the rest of the Test.

“He was obviously devastated, embarrassed and very remorseful,” said Silverwood. “He was very quick to take on board what had happened. He had to face up to this.

“It’s not what we wanted, that’s for sure. Equally we had to get on with the Test match. That isn’t to say we dismissed it whatsoever. We will seek the education around that in order to try to better ourselves.”

Craig Overton may be Robinson’s replacement in Birmingham but scrutiny could fall on the seamer, who was banned for two matches after allegedly telling then Sussex player Ashar Zaidi to “get back to your own country” in 2015.

Overton has always denied making the comment and did so again in an interview with wisden.com last week, but England have recently stepped up their attempts to combat discrimination in all its forms in cricket.

England and New Zealand shared a ‘Moment of Unity’ at the Home of Cricket last Wednesday, with the hosts wearing t-shirts incorporating anti-discrimination messages, hours before Robinson’s social media posts came to light.

“If Craig plays, we will deal with that when we get there,” said Silverwood.

England plumped for an all-seam frontline attack last week but they have added Yorkshire off-spinner Dom Bess to their squad as cover for slow left-armer Jack Leach ahead of the series decider against the Black Caps.

Bess, who took 12 wickets in the series win in Sri Lanka at the start of the year before struggling for consistency in India, should be able to train with England from Wednesday after 48 hours of managed isolation.

“Jack’s absolutely fine,” Silverwood added. “The reason we’ve added Dom is that any cover we may need has to be in here with us.

“If Jack was to feature, we would need back-up for him, in terms of concussion replacements and things like that. If we are looking at a spinner and Jack gets injured leading into it, then we will need someone else there.”

Meanwhile, England’s players have been fined 40 per cent of their match fees by the International Cricket Council for maintaining a slow over-rate in the first Test, finishing two overs short of the target after time allowances were taken into consideration.