Bowler feels England is still one step behind 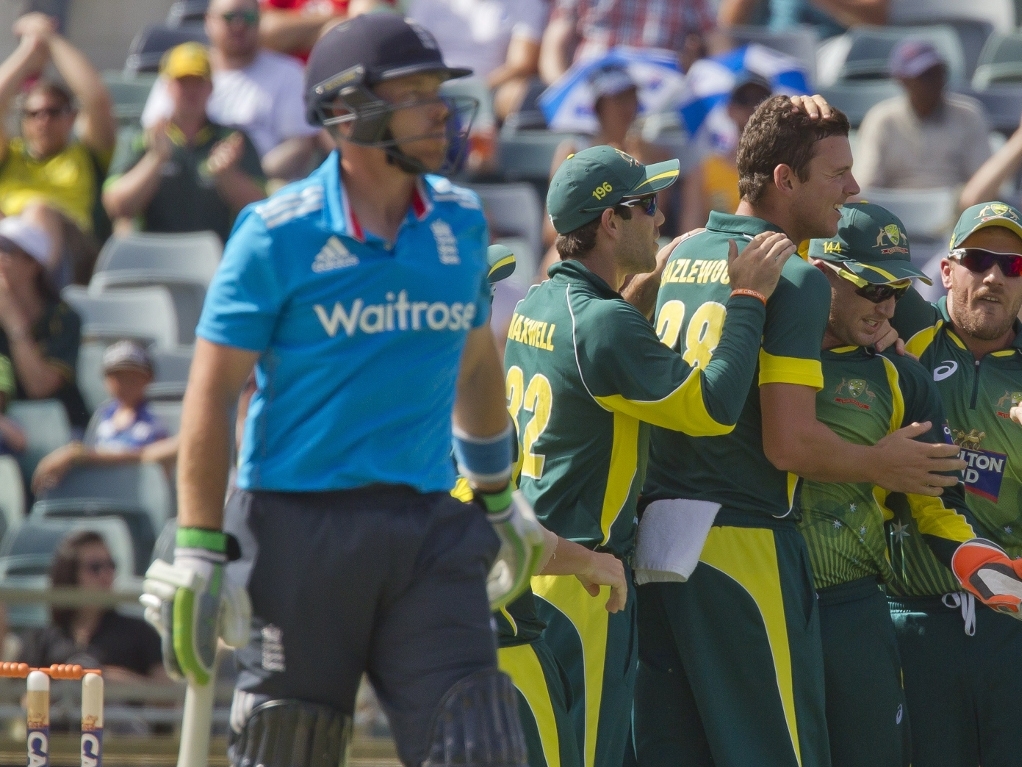 Australia fast bowler Josh Hazlewood is convinced that England have no clue as to how to go about beating the Baggy Greens in their first match of the World Cup, which gets underway on the 14 February.

Australia beat England in the tri-series final in Perth on Sunday to complete four successive victories, and eight in their last nine encounters, over their arch-rivals.

England will need to think of a plan fast as the opening World Cup encounter, which is set to place at the iconic 100 000 seater MCG stadium, is less than two weeks away.

Hazlewood was quoted as saying in the Sydney Morning Herald: "I don't think they quite know how to beat us yet, especially in Australia. We've obviously proved that over the last few years, especially this series again, beating them a few times.

"They will be scratching their head, I guess, of how to get on top of us in this first (World Cup) game."

The right-arm quick Hazlewood, who picked up two wickets on Sunday, is shaping up to be an important member of Australia's fast bowling attack.

He had nothing but praise for left-arm bowler Mitchell Johnson, who came back into the team after a couple weeks rest to claim three wickets, including visitors captain Eoin Morgan for a duck.

Hazlewood said: "Knocking over the captain for a golden duck put us well on the way for the win."