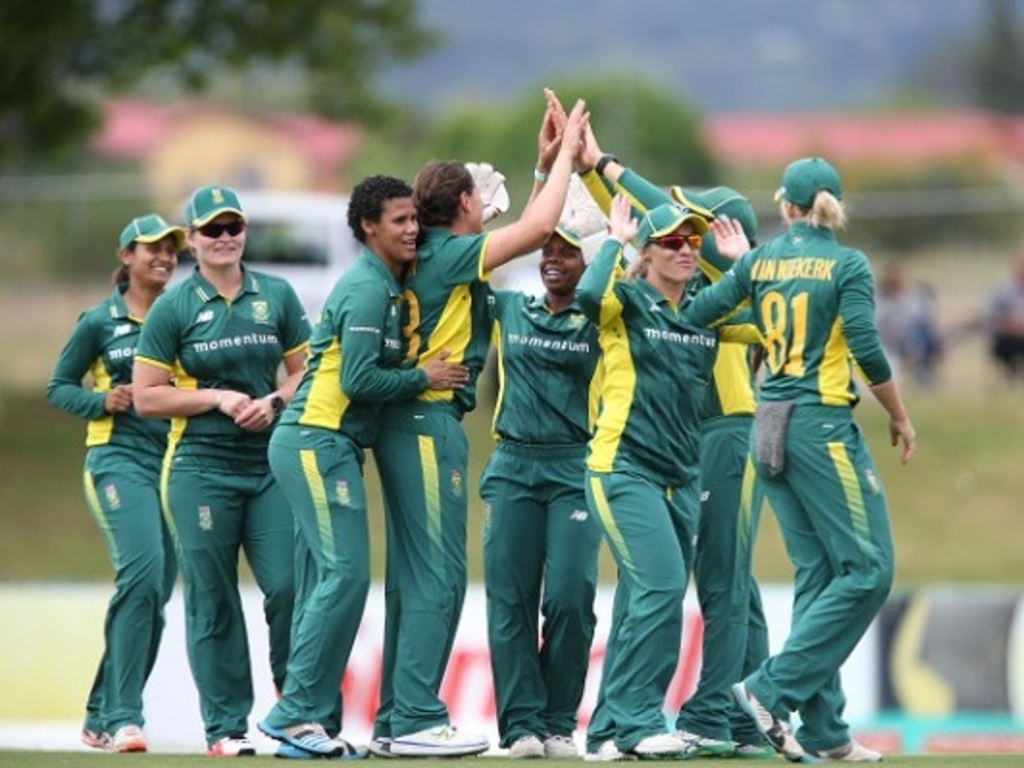 Odine Kirsten, Matshipi Marcia Letsoalo and Yolani Fourie took nine wickets between them to set up a crushing eight-wicket victory for the Proteas women over Bangladesh.

The Proteas won all but one of their five ODIs which were all played at Sheikh Kamal International Cricket Stadium in Cox’s Bazar.

The visitors will return home tomorrow with a 4-1 series win, taking this last victory with an incredible 40 overs to spare.

Kirsten was the pick of the bowlers, taking 4/10 with Letsoalo adding 3/13 and Fourie 2/22 to the tally. The hosts were skittled out for 68 with the top score coming from opener, Sharmin Sultana (13).

Lizelle Lee then set up the South African reply, hitting an outstanding 37 runs from 19 deliveries (7 fours), followed by an unbeaten 13 off eight by Chloe Tryon to round off a phenomenal performance by the Proteas.

This series win will go a long way in giving the team confidence as they look to dominate in the ICC Women’s World Cup qualifier tournament in Sri Lanka next month.