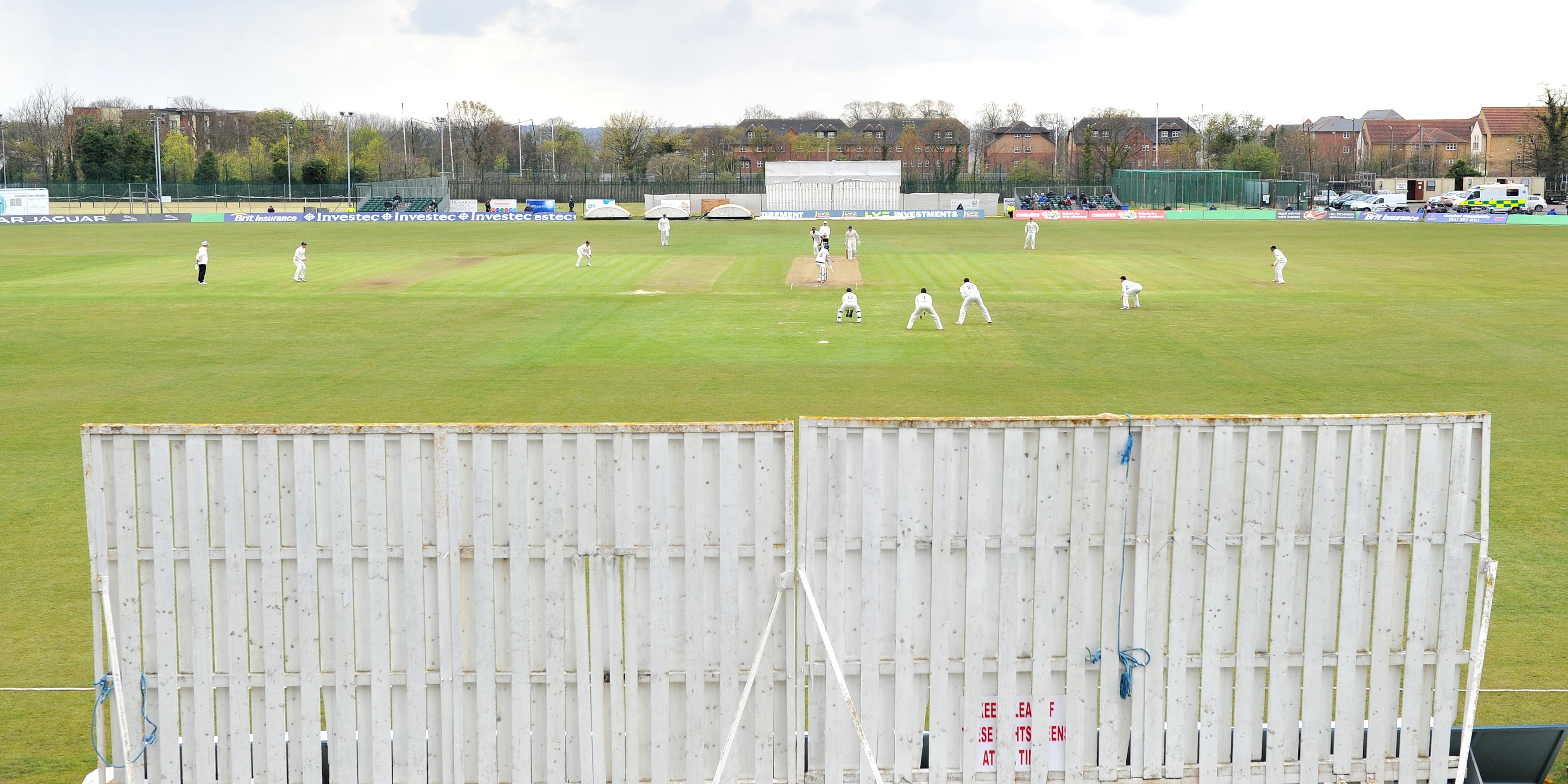 Lancashire look to have a slight edge in their must-win game against Hampshire at Aigburth after dismissing the visitors for just 143 in the first innings of what could be a thrilling LV= Insurance County Championship decider.

Just six and a half points separated the top four teams in Division One at the start of play, with Hampshire in pole position and Warwickshire, Lancashire and Nottinghamshire hot on their heels.

The Red Rose had an impressive opening day with the ball in Liverpool – with George Balderson and Matthew Parkinson taking three wickets apiece – before stuttering with the bat, closing on 23 for three after losing both Alex Davies and Balderson to Mohammad Abbas’ accurate swing bowling.

Bottom side Somerset made Warwickshire work for every run at Edgbaston, bowling wholeheartedly all day as the hosts reached 283 for four.

Will Rhodes (60) and Dominic Sibley (56) laid a platform for a solid Warwickshire total while Sam Hain (83 not out) and Matt Lamb (44) built on it, but the Bears have work to do to take the initiative in the title race.

If they reach 350 in 110 overs – for which they need another 67 in 14 overs – then go on to acquire full bowling points and win, they will be champions unless Lancashire total 400 and beat Hampshire.

Joe Clarke posted his first hundred of the season as Nottinghamshire recovered from 147 for five to 292 for nine against Yorkshire at Trent Bridge.

Clarke was dropped on 59 and 88 but made the most of his good fortune, hitting 15 fours and a six before falling for 109.

He shared a 97-run seventh-wicket partnership with Joey Evison (58) to help Nottinghamshire to a total they will feel was a good effort after being asked to bat first on a well-grassed pitch that kept the Yorkshire seam bowlers interested for much of the day.

In Division Two, Sam Cook took nine wickets as leaders Essex and Northamptonshire shared 25 wickets on a wild first day of their clash at Chelmsford.

Northamptonshire were skittled for 81 – with Cook grabbing five for 21 – before Essex were restricted to 170 and an 89-run first-innings lead.

The visitors then lost five wickets against the new ball to end the day 23 for five, a deficit of 66, with Essex knowing a victory will hand them the Division Two trophy. Cook ended with incredible day figures of nine for 29, already a career-best.

Pakistan spinner Zafar Gohar took his second consecutive five-wicket haul as Gloucestershire edged the opening day against Durham at Bristol, with the visitors bundled out for 140 before the hosts closed on 146 for six.

Gohar took five for 50 back at Nevil Road as Durham, having won the toss, lost six for 31 in 12 overs after lunch.

Play was suspended for 20 minutes after only five balls after a helicopter landed on the outfield – the South Western Ambulance Service said “the Air Ambulance landed to support their response to an emergency incident at a nearby residential address”.

David Lloyd’s career-best 121 spearheaded Glamorgan’s impressive 379 for four as the Welsh county dominated the first day against Surrey at the Kia Oval.

Two wickets in quick succession after tea, including that of opener Lloyd, gave Surrey renewed heart during a gruelling day in warm sunshine but Kiran Carlson and Chris Cooke, unbeaten with 45 and 44 respectively, steered Glamorgan into a position of real strength on an easy-paced pitch with an unbroken alliance of 90 in 20 overs.

Joe Cooke also made his highest first-class score in a second wicket stand of 125 in 37 overs with Lloyd, the 24-year old left-hander’s 68 a maiden half-century in his 14th appearance.

In Division Three, Darren Stevens put the skids under Middlesex against Kent at Canterbury, taking four for 21 as the visitors collapsed from 121 for two to 147 all out.

Mark Stoneman led the way with the bat with 59 for the visitors, as 45-year-old Stevens, whose figures included a spell of three for three from five overs, Matt Milnes (two for 31) and Nathan Gilchrist (two for 34) did most of the damage with the ball.

Middlesex then rallied to leave the hosts on 82 for four at the close on day one, a deficit of 65 runs.

Louis Kimber’s 71 led a partial Leicestershire fightback against Worcestershire at New Road, helping the Foxes to recover from 133 for six to 222 all out in 82.3 overs.

Worcestershire – for whom Jack Leach took three for 38 – lost opener Daryl Mitchell for eight but Jake Libby had time to complete 1,000 runs for the summer as his side closed on 30 for one.

Wayne Madsen led the way with 111 as Derbyshire laid a strong foundation in their bid to claim a first win of the season. There was also 85 from Matt Critchley as the visitors made good first use of a flat pitch at Hove against Sussex, reaching 371 for five on day one.