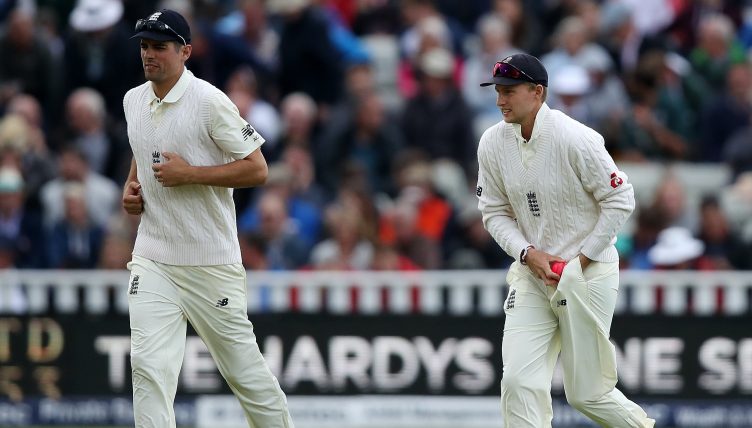 England bowlers like James Anderson may have have to rely on perspiration and inspiration this summer after the International Cricket Council recommended a temporary ban on the use of saliva to shine the ball.

In the midst of the ongoing coronavirus pandemic the traditional method of spit-polishing to produce movement through the air has been deemed too great a risk but the use of sweat will not be removed due to a lesser risk of passing on the virus.

The ICC’s influential cricket committee, chaired by former India captain Anil Kumble and including luminaries such as Sir Andrew Strauss, Mahela Jayawardene and Rahul Dravid, made the recommendation following a presentation from Dr Peter Harcourt, chair of the governing body’s medical advisory unit.

The matter will now be passed to the ICC’s chief executives’ commitee for approval, with the overwhelming likelihood that it will be rubber-stamped as a means of helping the international game return in a safe and responsible environment.

Nowhere in the world is more associated with the swinging ball than England and nobody in the history of the game has used it more effectively and prolifically as Anderson. It could, therefore, be fascinating to see how the bowlers manage should Test series against the West Indies and Pakistan get the go-ahead later this summer.

An expanded group of around 30 England players are set to return to to formal individual training sessions over the next fortnight, with fast bowlers set to be first on duty. Once conditioning work is complete, attempting to hoop the Dukes ball without the assistance of saliva is likely to become a main priority.

A statement from the ICC noted that while saliva represented an “elevated risk of the transmission of the virus” it was considered “highly unlikely that the virus can be transmitted through sweat”.

The committee also agreed that the current ruling on umpires being from neutral countries should be relaxed considering the uncertainty over international travel and potential demands for quarantine.

Australian manufacturer Kookaburra has been working on a wax applicator designed to aid the shining of cricket balls during the current crisis but the ICC communique made no reference to the product, which would require a change to the laws of the game if it were to be utilised.

Since 2002 all the standing officials in Test cricket have not been allowed to come from either of the participating boards, a requirement that now looks too onerous in the current circumstances. To help ease the alteration, a suggestion of one additional DRS review per team in each innings has been made.

Four of the 12 umpires on the ICC’s elite panel come from England – Richard Illingworth, Richard Kettleborough, Michael Gough and Nigel Llong – meaning there would be no problem sourcing well-qualified options.

There have been calls to ease the 18-year-old restriction before and it is possible that a successful trial period could see future appointments made exclusively on merit and geographical availability.

ICC chair Anil Kumble said: “We are living through extraordinary times and the recommendations the committee have made today are interim measures to enable us to safely resume cricket in a way that preserves the essence of our game whilst protecting everyone involved.”