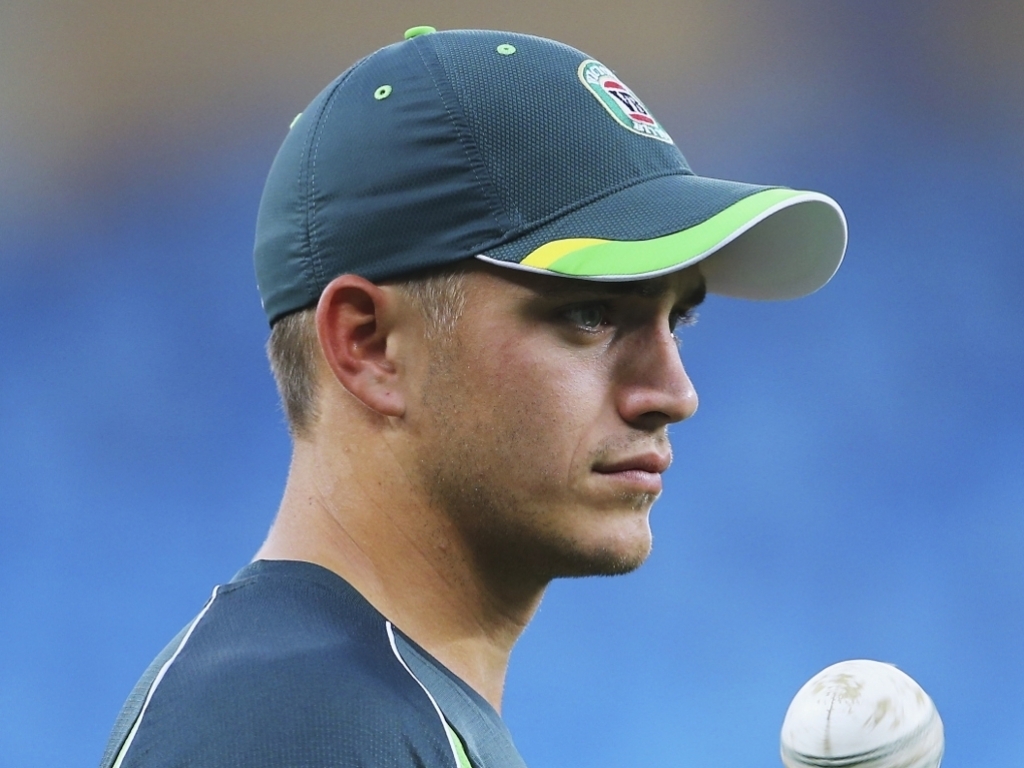 Stand-in T20 captain Steve Smith says Australia were right to go with spinner Cameron Boyce in the one-off T20 against England, even though the bowler had a nightmare of a day.

Boyce, who went all the way to England for just this one game in Cardiff, bowled just one over and went for 19 runs, and didn't bat, making it a very short effort for all that travel.

But Smith felt it was worth a shot, with the World Twenty20 in India next year. He said that those conditions would suit Boyce better, as they had in the UAE against Pakistan a few years ago.

Smith said: "When we went to Dubai, which are probably similar conditions to what we're going to get in India for the World Cup, I thought he bowled really nicely there.

"Today was quite a tough time to bowl, with two left-handers going. But he was over here for one game and I thought he deserved a crack, and tried to get a wicket.

"It was quite hard going for him and they got him away a bit, but he'll certainly learn from that and continue to get better."

Ashton Agar is the spinner in the squad for the ODI series, which starts on Thursday.