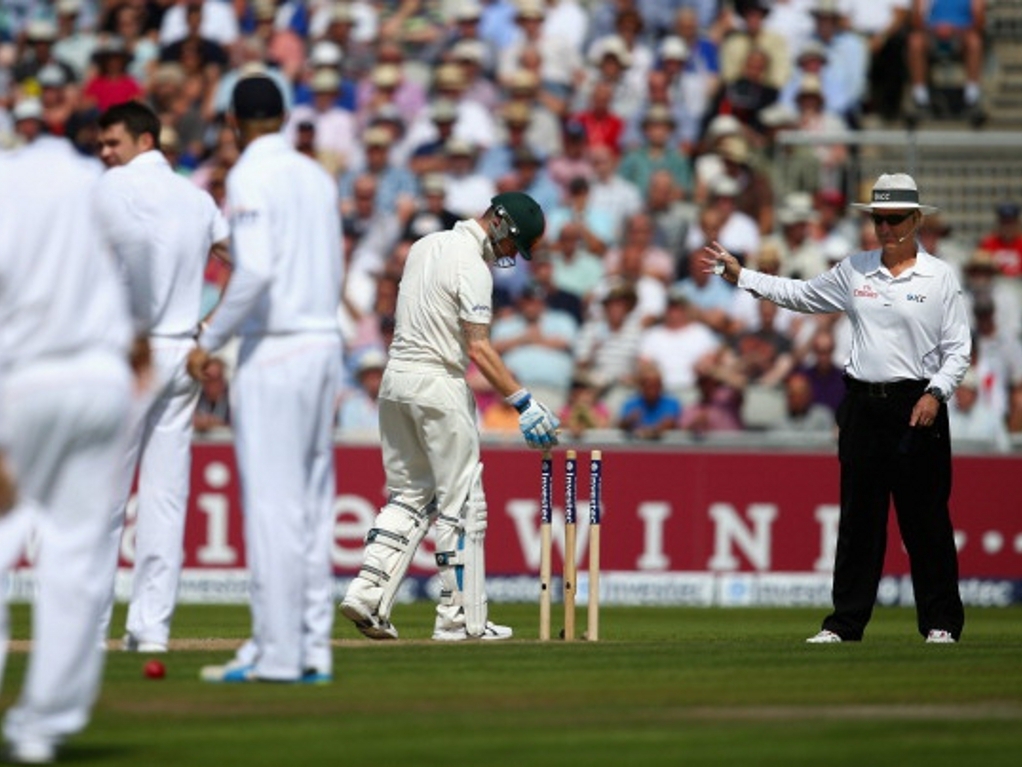 According to the ICC's senior manager for umpires and referees, Adrian Griffith, two separate incidents of wickets being taken off balls that were called as no-balls have led to the trial of the TV umpire making the call.

ICC Cricket Committee had made the suggestion that calling no-balls could be made the third umpire's decision.

The first incident occurred in Wellington, when Doug Bracewell bowled out Adam Voges for 7 but was denied the wicket due to an erroneous no-ball call, Voges went on to make 239.

The next incident involved Nuwan Pradeep bowling out Alex Hales, the seamer was adjudged to have overstepped but replays clearly showed some part of his foot had landed behind the crease. This call prompted a protest from the Sri Lankan dressing room, who hung their national flag from the balcony at Lord's.

To avoid incidents such as these the ICC will be trialling the use of side on run out cameras to call no-balls during the England v Pakistan series.

Griffith told ESPNcricinfo:"The cricket committee this year said, we want to look at something to assist the umpires with calling no-balls, because we've had the two incidences where no-balls were called and a wicket has fallen – and you can't reverse it,

"The cricket committee has said we want to look at something and this is what we've put forward to look at. And we'll trial it and go back with our findings.

"In the games that have been played in England, with Sri Lanka and now Pakistan, we've been looking at systems to see how it would work, we've had our third umpire sit there and try it out. So we got some feedback on that and we got the sense, yes, it could work. But unless we put it in a live game we really wouldn't know what it can do, what the limitations are. So first we check the technology and now we put it in a real, live trial."

Umpires, Marais Erasmus, and Simon Fry will be in the hot seat for the trial, they will watch a live feed of each ball, followed 1.5 seconds later by a shot of the front foot landing; if after consulting replays it is determined a no-ball has been bowled, the third umpire will send a signal to a "pager watch".

With the existing duties of the third umpire there is a possibility the duty may become the job of one specialist umpire.

Griffith said: "We've been thinking about that anyway, we've been looking at the feasibility and taking it towards specialist umpire anyway,

"This may change the third umpire but we were always heading in that direction."

"So those are the things we're looking at, the flow of the game, what extra work, what limitations does it put on the third umpire, if any, what the teams think about it, how it affects the broadcast… To understand if what we're trying to do is fit for purpose."

After the five ODIs, Griffith will present a report to the ICC's cricket committee.

When asked if he thought the system would be beneficial, Griffith responded: "Yes, from what we have seen. In game, there will be things thrown at you that you probably didn't think of, or hadn't gone through, or different situations present themselves.

"But from what we've seen, to get to this stage, we're happy that the technology works and it is worthwhile to go forwards."