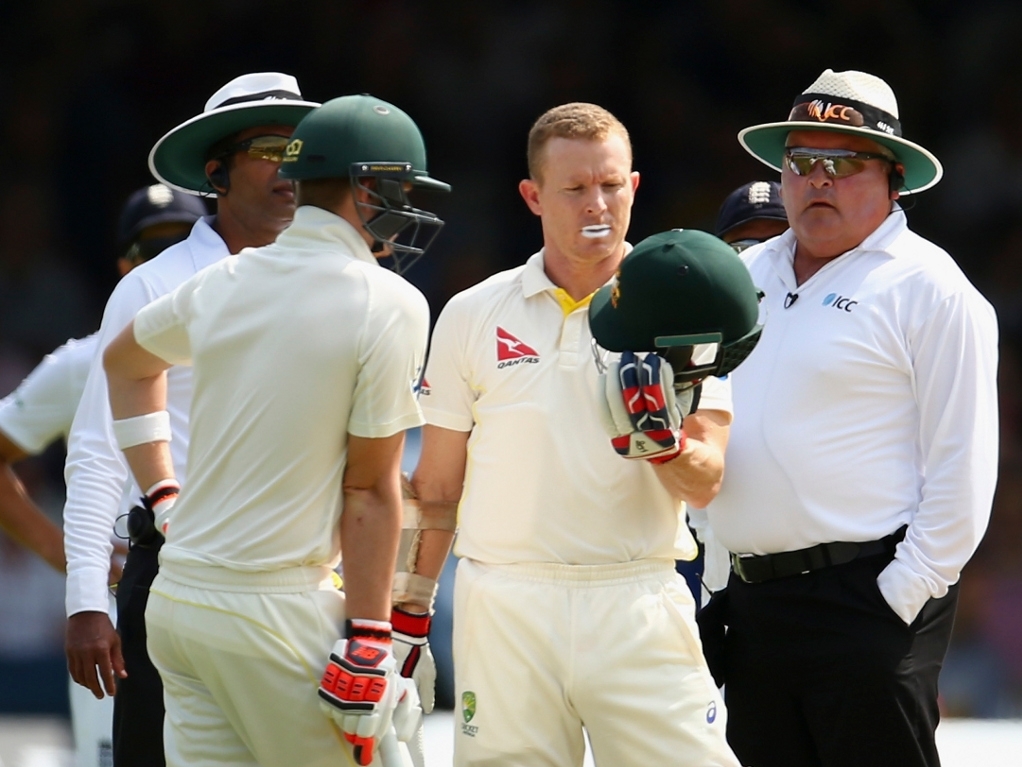 Australia opening batsman Chris Rogers is steadily improving after being struck on the head by a bouncer at Lord's, but the team doctor feels it's too soon to say whether he can play in the third Ashes Test, and needs more scans.

Rogers had scans on his head after being hit behind the ear by James Anderson, and later collapsing in the middle with a dizzy spell. He then had more tests on Wednesday, which ruled out a brain injury, but focused attention on his inner ear.

As such, he needs more medical attention, and is not training as he is still feeling wobbly, says Dr Peter Brukner. Rogers has not travelled with the team to Derby for their tour match there.

Brukner said of Rogers' condition: "We took him to have an MRI scan on Sunday and the MRI was fine. We also got another scan there because sometimes you can actually have a small fracture associated with that injury, we had a specific scan, a CT scan, and that ruled out the fracture.

"We've ruled out brain, we ruled out a fracture, so we were left with the damage to the vestibular apparatus.

"Today (Wednesday) we took him to see a professor in London, who is an expert in the area of vestibular and balance. She also confirmed that she thought that was the cause of his symptoms, damage to that balance area.

"She's ordered some more tests, which are basically balance tests – there are different components of the vestibular and balance system. There's various tests that can identify which of these components is working and which one is damaged.

"He'll have a series of tests tomorrow in London. He'll have one further test on Friday, to test the nerve to that area and then he'll be reviewed by this professor on Friday afternoon.

"He'll also have some treatment, there's a physiotherapist who specialises in this area who is going to see him on Friday. There are various techniques they can use to help resolve some of these issues.

"He seems to be improving very steadily and it's a little bit early to say what's going to happen. But if he continues to improve the way he does, he should be back playing cricket fairly soon.

"But as to exactly when, we can't say. At this stage we certainly haven't ruled him out of next week's Test, it's just a matter of seeing how he goes over the next 48 hours."