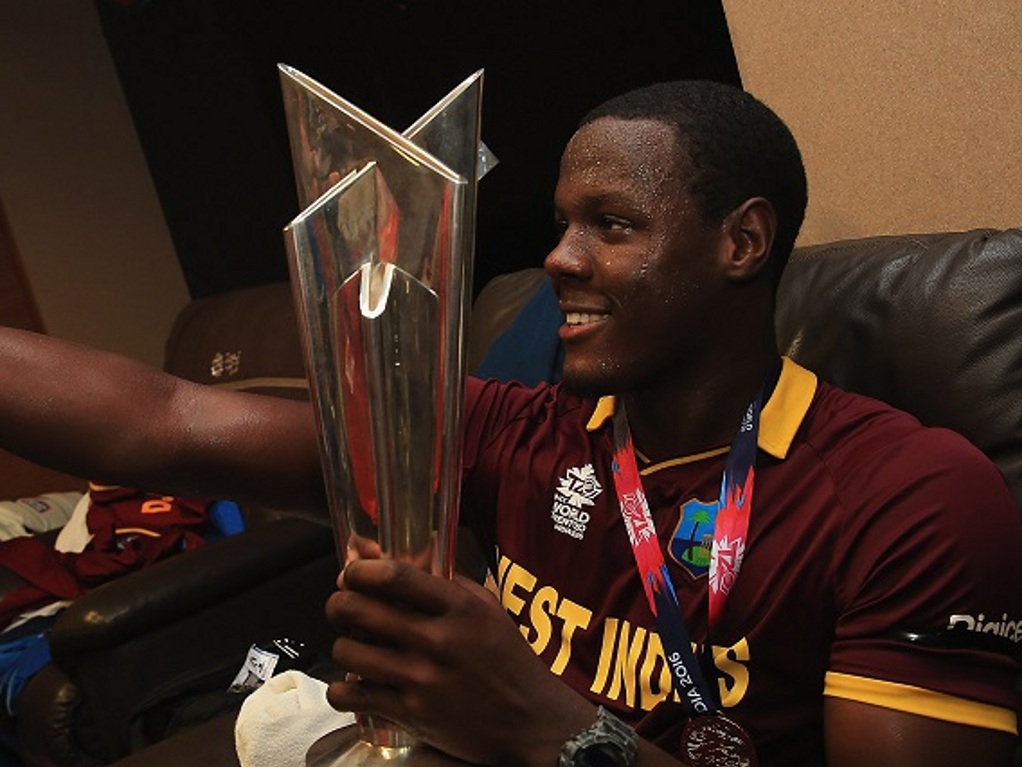 New West Indies T20 captain Carlos Brathwaite goes into his first series as skipper, against India in the USA, with the full backing of Darren Sammy, who had been sacked from the role and dropped.

Sammy had led the Windies to another World T20 title this year but was then told he was no longer the captain. He was also dropped from the team, but was his famously gracious self in going to Brathwaite to wish him luck.

His appointment was a surprise to many, as Brathwaite has not been a certain starter in any of the teams, and is a relative newcomer, but he said he was boosted by Sammy's encouragement.

"He gave me his blessing and as a senior guy appreciated it, which allowed me to ease into the role.

"I haven't officially started yet, but it has allowed me to transition easier from just being told [about the captaincy] to the excitement of wanting to get on the field and lead.

"It was a good vote of confidence speaking to Sammy, then I saw him at a charity event, saw some of the senior guys as well, all have been telling me positive things."

The two T20s will be played at Lauderhill in Florida, starting on 27 August, and Brathwaite is confident that he'll be able to lead the team well, and that no 'egos' would derail him. He added that Sammy had made the team into an efficient unit for him to take over.

He added: "I think a team like this will be pretty easy to lead, from the point of view that the dressing room is a fun place to be. I don't think it's a case where I have to negotiate too many egos.

"The guys enjoy each other's company. It's just a matter for me to go there, do the things that I can do, firstly as a player and then a captain, continue to mould the team that Darren has started to mould, efficiently.

"Again, the most important thing is getting victories for the West Indies. As a new leader, things might change bit by bit. It's just about adjusting and then for me to find ways for the team to continue to win.

"I don't want to get too deep into the psychology of changing leaders and stuff like that. I think all the guys are mature enough. We have had cases where some of the guys were captains, and then played the next series under a different captain. We are professionals, we all know what we have to go out there and do.

"It's a matter of, first, to go out there and win games for the West Indies and I hope that my leadership can influence that in some part. Even if it doesn't, if we win the games that will be the most important thing."