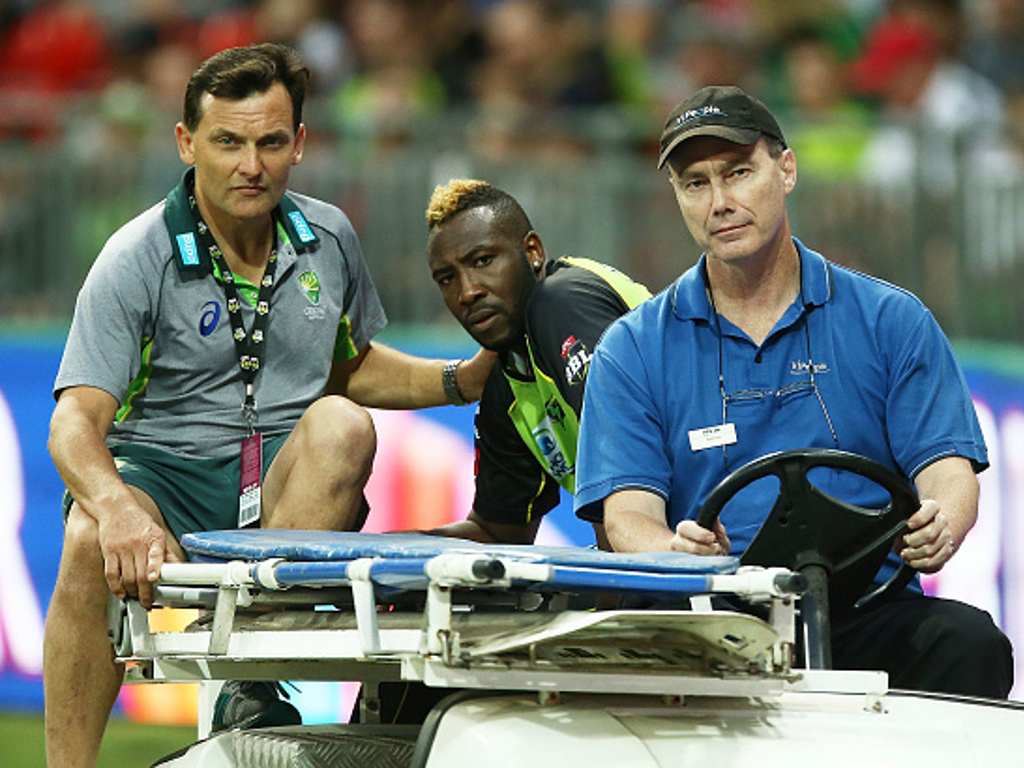 West Indies T20 dynamo Andre Russell’s difficult time in the Big Bash League is now over, injury has forced the allrounder to withdraw from the Sydney Thunder squad.

Russell whose black bat made more headlines than runs during the year’s Big Bash will be replaced by compatriot Carlos Brathwaite.

The allrounder came into the tournament carrying a knee injury and a subsequent tear to his left hamstring has now ended his time down under.

According to ESPN Cricinfo Thunder physio Murray Ryan said: “Andre has been playing with long standing tendonitis of the right knee, that flared up in the opening rounds for the BBL.

“This was investigated via MRI following the Perth Scorchers game and several interventions implemented to assist his symptoms and allow him to continue playing.

“Unfortunately Andre’s playing fitness has been compounded further by an injury to his left hamstring – the extent of this injury to be confirmed further via scans in Sydney tomorrow, however initial signs suggest a minimum 4-6 week recovery.”

Sydney Thunder coach Paddy Upton admitted Russell had been struggling throughout the BBL not only with injury but he is also awaiting a verdict in his doping case.

Upton said: “It’s been a very tough period of his career with his pending judgment hanging over his head and to also be carrying a long standing injury into this tournament.

It’s credit to his professionalism and commitment to his game and Thunder that he’s stuck it out.”

Upton was delighted to welcome Brathwaite to the Thunder camp: “Carlos is dedicated to learning and advancing his game.

“With both bat and ball he’s a very skilled T20 cricketer. I’ve had the pleasure of working with him for a season in the IPL and he really is the highest quality individual. He’s a top quality cricketer and person, which ticks the two big boxes when it comes to Thunder recruiting players.”