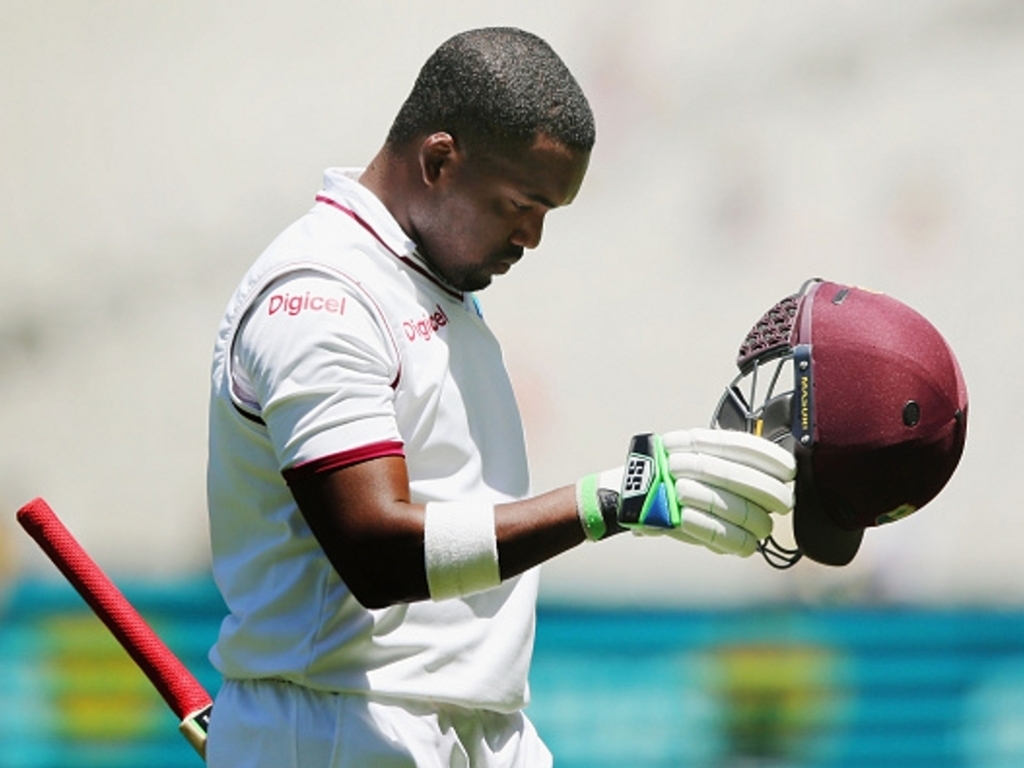 The West Indies made sure they reached a fourth day in the first Test against Pakistan under lights, thanks to an agonisingly slow half ton by Darren Bravo.

He batted for most of day three to record 87 off 258 balls, falling just before the close of play in Dubai. The Windies still trail by 264 runs, sitting on 315 for six.

They began the day one down on 69, and the visitors had it all to do just to get close to Pakistan’s first innings score of 579 for three declared. Bravo made sure a draw remained on the cards.

The Windies go into a fourth day not even having avoided the follow on, but more batting like Saturday will see the match fizzle out to a draw in front of empty stands.

Bravo was already in the middle overnight, on 14, with Kraigg Brathwaite at the other end on 32. The latter was unable to add to his score, bowled by Yasir Shah in the morning.

This left Bravo and Marlon Samuels to dig into their reserves of patience and experience, and they stuck together for 43 overs, approximately half the day. They put on a stand of 113 in that time.

Samuels recorded 76 off 139 balls, before being trapped LBW by Sohail Khan. His innings was positively blistering compared to Bravo, but they each did their parts.

Jermaine Blackwood and Roston Chase were the other wickets to fall on the day, with the former making 37 and the latter six. Both fell to paceman Wahab Riaz.

At the close, Shane Dowrich and skipper Jason Holder were batting, with Dowrich on 27 and Holder on 10. They need 64 more runs to make Pakistan bat again.